MoreThanAJob in Lebanon fosters dialogue amongst vulnerable women to further explore the role of women in building economic resilience. 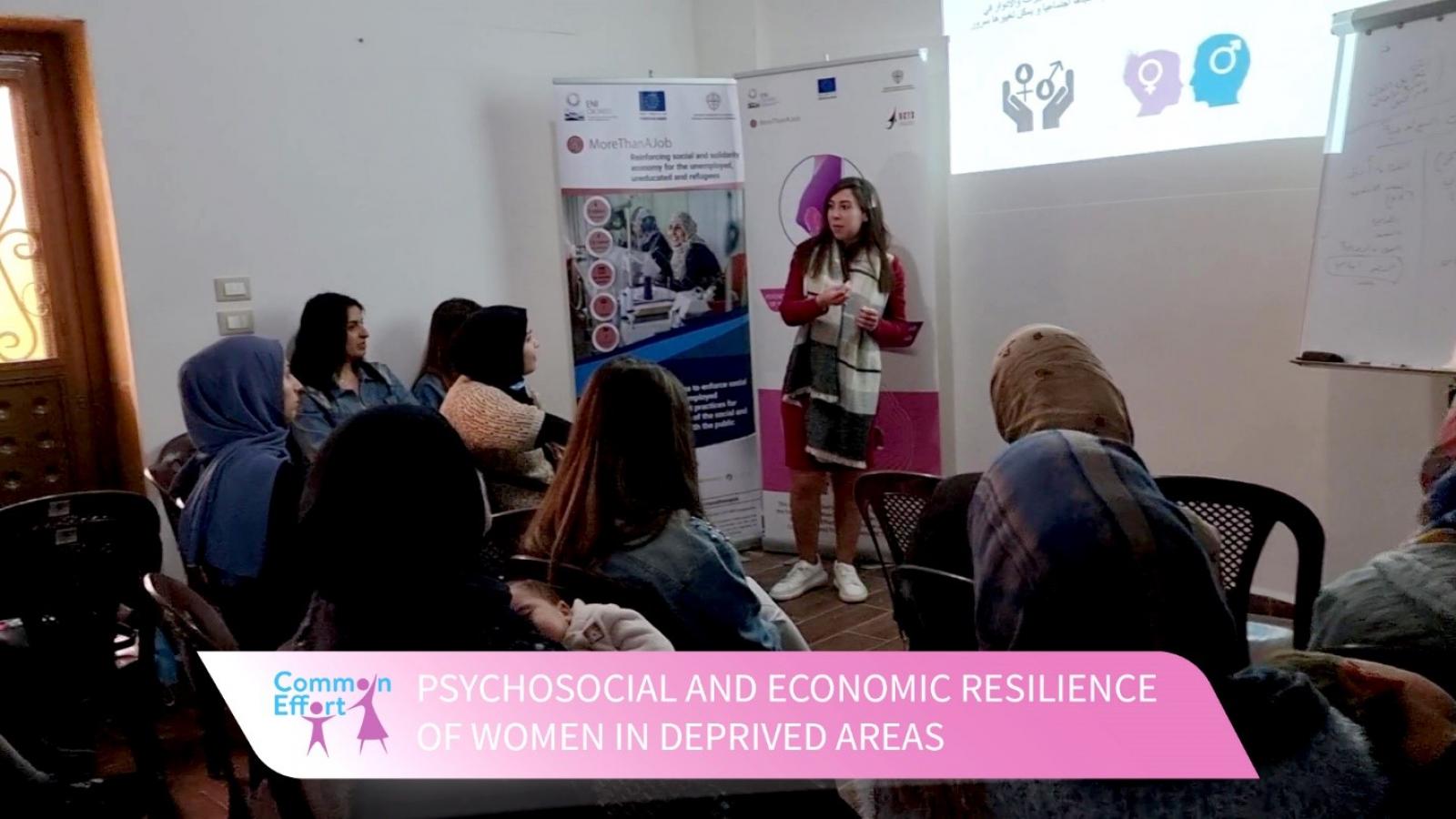 From 7-9 May, 2022, Common Effort, one of the 2 sub-grantees of MoreThanAJob in Lebanon, put in motion its ongoing project and intuitive titled “Psychosocial and Economic Resilience of Women in Deprived Areas” in the Bekaa region. The project targets vulnerable women and girls who are the most affected by the political and socio-economic crisis in Lebanon (socio-economic collapse, ongoing uprisings, a debt crisis, Beirut’s port explosion, rising political instability, Covid-19 global pandemic, etc.)

It focuses on strengthening mental health and fostering economic resilience of underprivileged women emerging from host and refugee communities. It also supports vulnerable women by providing them with primary and essential protection services throughout peer-to-peer counselling sessions and their integration in the labour market by initiating income generation and employment opportunities.

Despite the critical circumstances Lebanon had been going through, with dramatic economic and socio-political challenges, and in spite of parliamentary elections being conducted on mid-May, Common Effort managed to successfully launch and implement its initiative.

Common Effort started its mapping activities for beneficiaries and local entities for psychosocial support referrals. Additionally, it has signed a memorandum of understanding with the “Ministry of Social Affairs” whereby the partnership’s focus was on promoting sustainable economic growth and boosting employment opportunities for vulnerable groups in deprived areas in Lebanon. Under this framework, the Ministry of Social Affairs coordinated the implementation process. After communicating with Dori Mina, the mayor of Ain-Kfar-Zabad and the mayor of neighboring towns/villages, and thanks to the community outreach team, Common Effort decided to intervene in the Bekaa region. It targeted 82 beneficiaries during 3 consecutive days. The project included several sessions that were implemented in a systematic and efficient way. The sessions focused on enhancing the psychosocial wellbeing through peer-to-peer counselling, strengthening economic resilience through social business development workshops, and fostering efficient dialogue. 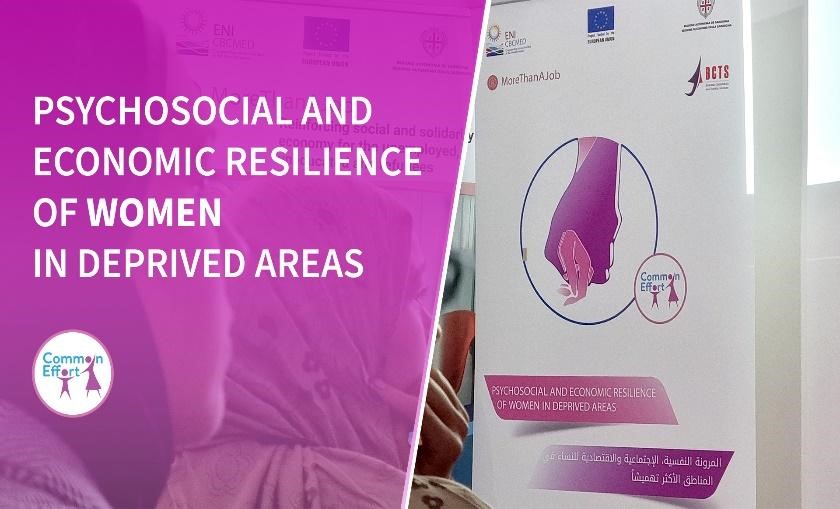 The initiative also included a series of interactive parallel sessions identifying challenges, solutions and recommendations for empowering women towards strengthening their resilience. It featured several innovations and/ or good practices showcasing diverse interventions that seek to empower women and girls while increasing their capacities towards resilience.

Focusing on the main theme of “Strengthening Psychosocial and Economic Resilience of Women in Deprived Areas”, the initiative provided a platform for sharing and learning, availed an opportunity to further explore the role of women in building and strengthening resilience and promoted dialogue and sharing of experiences on gender responsive resilience related programs and policies in Lebanon.

Common Effort was able to create a safe space for the underprivileged to open up, voice their tragedies and reach out to the support team. As a result of the counselling sessions, several cases were identified and were guided by referring them to a specialist or civil society organizations concerned with mental and sexual health. The team received several complaints about victims who were verbally and sexually assaulted. These women were referred to KAFA association, an organization that seeks to foster a society free of social, economic, and legal patriarchal structures that discriminate against women.

It is worth mentioning that Common Effort aspires to cultivate a culture of mutual patriotism founded on solid basis of dialogue, democracy, freedom, equality, and respect in diverse communities in the Lebanese society. The organization aims to cultivate a common ground for all diverse groups to reach a mutual understanding of similar societal values that will hence lead to social inclusion. The organization aims at continuing to launch its successful plans and activities that empower the role of women and other vulnerable groups in the public life of the country and fight corruption. As a continuation of its well-sought-after initiative under the framework of “MoreThanAJob”, Common Effort will protrude its psychosocial support and business development training sessions this June to reach new regions across Lebanon including Beirut and Saida.