SIRCLES in Italy: in-job trainees begin an extensive survey and sensitization to improve the quality of separate collection 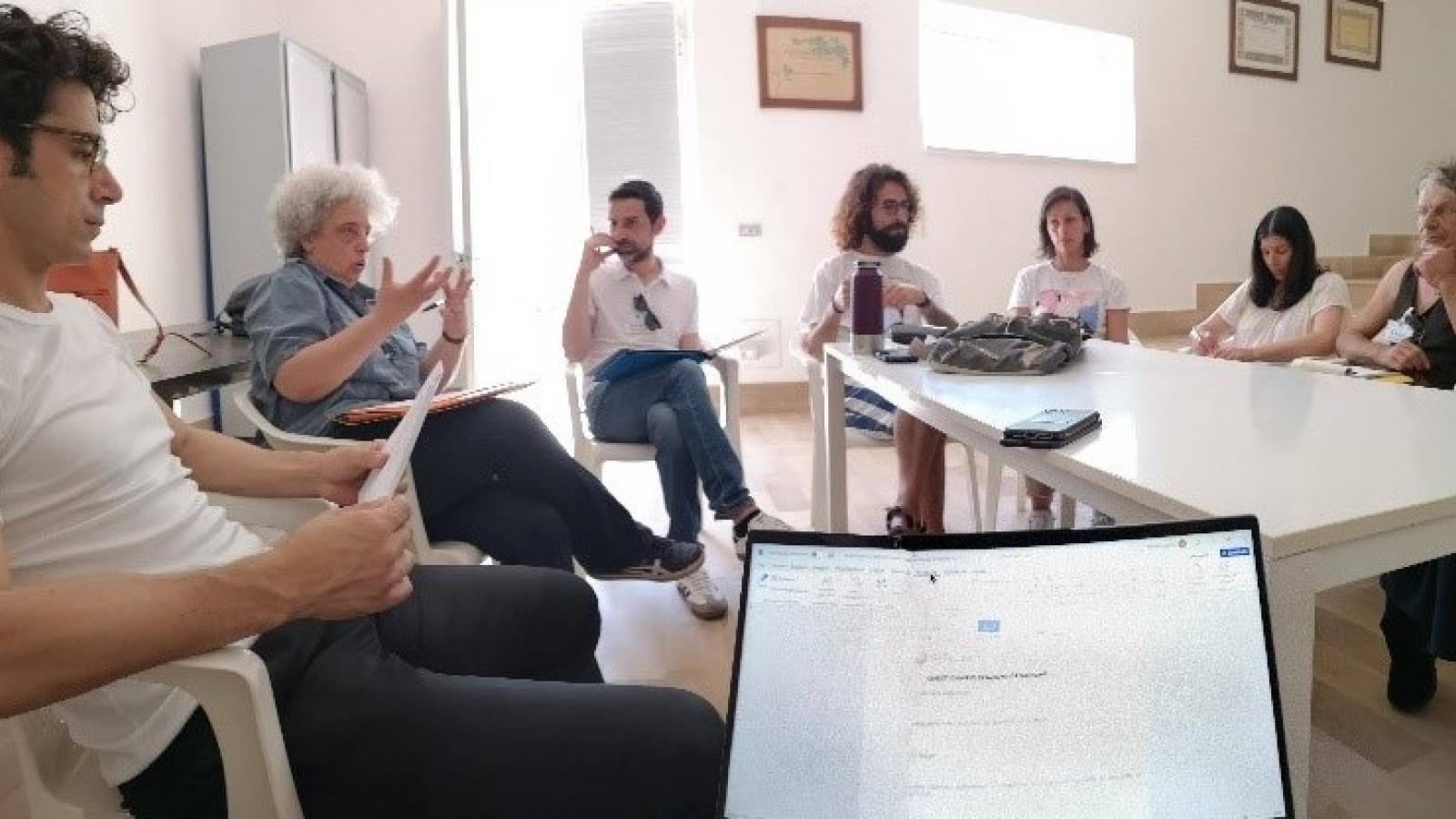 This article forms part of a series of publications under SIRCLES project to support circular economy opportunities for employment and social inclusion in our partner territories in Palestine, Lebanon, Spain, Tunisia, Italy, Greece, and Jordan.

Consorzio Italiano Compostatori (CIC), SIRCLES project’s partner in Italy, jointly with the trainees and supported by the local collaborators from Officine Sostenibili, prepared the standard interview to be done to about 3,000 citizens in the municipalities of Alberobello, Noci, Locorotondo, Putignano. The interviews are beginning in June 2022 and will last until the end of the period of paid job of the 7 trainees.

“When I asked my friends if they knew what compost is, half of them didn’t know anything about it! Even if they are already doing separate collection of biowaste correctly” says Rosita, one of the women recruited for the 10-months on-field activities for SIRCLES Italian pilot. What Rosita said prompted the idea of performing an extensive survey in the intervention area of the Italian pilot in Valle d’Itria, Puglia, with a set of questions prepared in order to check the baseline knowledge of citizenship and to monitor the evolution over the 10 months of the project where sensitization campaigns may have a positive effect in awareness-rising.

Annarita Annicchiarico, expert on social inclusion, cooperated with CIC for the selection of the 7 trainees who will perform this task, and will have the liberty to decide the perfect timing for the interviews and figure out an attractive approach to get people engaged to answer this questionnaire.

CIC’s staff defined the target of the questions and how to perform the survey. For example, in public spaces like markets or public parks, but also walking randomly in the streets and how to have the 7 trainees actively engaged over time: performing statistical data analyses and re-arrangement of the questions after a pre-test phase done to some relatives and friends. “The idea is to have questions arranged to generate an indicator showing how people will change habits over time thanks to SIRCLES awareness raising campaigns” says Michele Giavini, CIC’s expert actively involved in SIRCLES project.

That’s why the questionnaires also include some tricky questions, like “where would you throw diapers, cat’s sand, or a dirty pizza box”, to monitor how average people react.

At the end of the questionnaire, the 7 in-job trainees will give citizens willing to get more information, more detailed explanations on questions answered wrongly and on the biowaste value chain. By doing so, we expect those citizens to become replicators and trainers, spreading good practices among their relatives and friends.