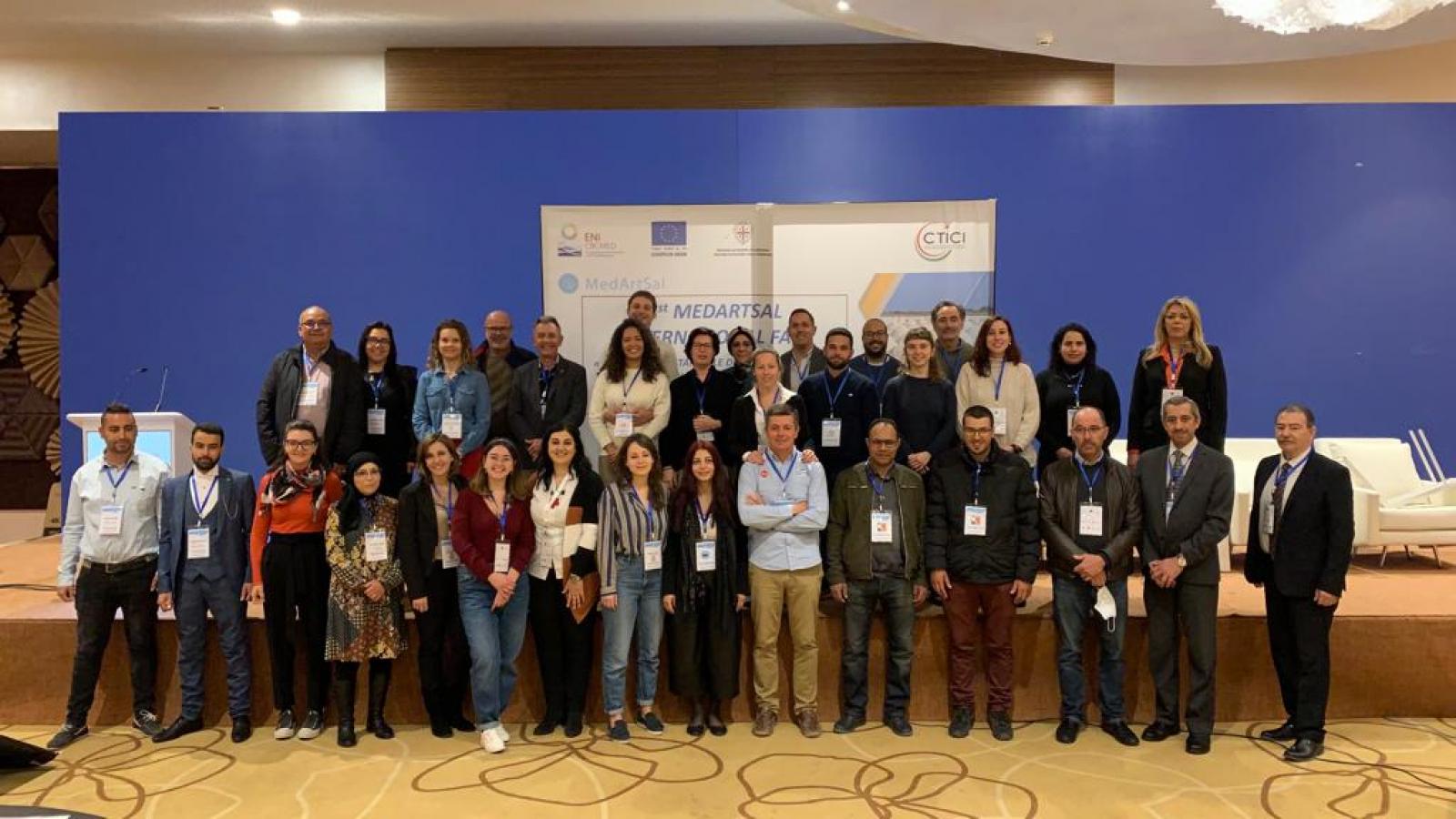 Nowadays, salinas across the Mediterranean are suffering from environmental pressures and economic stress. Their products face strong competition from cheaper land-produced salt and from the world trade. To stay viable, salinas are confronted with the choice of closing, industrializing the production, or changing the business orientation towards sustainable tourism and new artisanal products.
The project MedArtSal, funded by the ENI CBC MED Programme, has been defining a sustainable and an adaptable management model for artisanal salinas including, a marketing strategic plan, a biodiversity strategy, an e-commerce platform, a capacity building programme, an international network, and many other tools to support artisanal salt producers to preserve a thousand-year tradition. It addresses common challenges for artisanal salinas in four Mediterranean countries (Italy, Spain, Lebanon and Tunisia), with 15 pilot actions for the development of new products/services in selected salinas and 2 demonstrative projects on the diversification of salina-related products (i.e. food and cosmetics) and services (i.e. HO.RE.CA) carried out in La Esperanza, Cádiz (Spain) and Sidi Al-Hani (Tunisia) for a total budget of 3.2 million euros, of which the EU contribution accounts for 2.9 million euros (90%).
“The first International MedArtSal Fair represents a fundamental opportunity, with a quadruple helix approach, which will share a sustainable management model and operational tools, including a strategic marketing plan, a biodiversity strategy, an e-commerce platform, a capacity building programme and an international network, aimed at developing synergies and supporting Mediterranean artisanal salt producers.” explained Gaetano Zarlenga , Director General of the University Consortium of Industrial and Commercial Economics (CUEIM), Italy.
The objective of the fair was to shed light on the traditional and innovative production of saltworks in the Mediterranean, and to create, through B2B meetings, partnership opportunities between professionals in this important sector for coastal ecosystems and potential clients/partners who would have attended the event, around the common goal of: “supporting the commercial diversification of traditional and artisanal saltworks”.

Some data about the event:

The organising committee realised a rich programme consisting of the following activities:
1. Virtual and physical exhibition space for 15 institutions composed of Tunisian partners and representatives, dedicated to 24 international exhibitors, to exhibit their presentation in the salt industry. Namely, there have been:

2. Opening ceremony on the afternoon of 24 March with the presentation of the MedArtSal project and its objectives, as well as a welcome speech by representatives of the local administration, institutions, donors and public authorities. The speeches were aimed at highlighting the strong impact that the MedArtSal project is having on the beneficiary sectors in Tunisia and in the other Mediterranean countries involved, as well as the importance of the Fair, which was able to create a meeting space for all national and international stakeholders in the world of salt. The main guests of the Opening Ceremony were:

3. A programme of conferences and workshops in which the final results of the project were discussed. In addition, a sustainable model for the management of the salt production was presented, aiming to develop the sector in the Mediterranean region. More in detail there have been three technical and one scientific workshops open to all visitors:

4. Approximately 100 B2B meetings held in presence and 20 B2B held virtually via the dedicated platform between Tunisian and international participants with the goal of establishing new relationships and developing investment opportunities between exhibitors and representatives of other Salinas. Some of the main topics discussed:

5. 14 Interviews carried out with some of the MedArtSal project partners, representatives of subgranted salinas and the exhibitors present.

The fair was a success, as proven by the survey realised among the exhibitors and visitors who attended the event over the following weeks (95% satisfied with the information provided, the agenda; 100% with workshops and the B2B meetings). In general, all of them were satisfied with their participation in the event and expressed their interest in participating in similar events in the future.
More, the event has represented an important occasion to reap the benefits of the job done so far by the MedArtSal project partners, in a constant joint effort to pursue the valuable goal of rediscovering the artisanal production in the Mediterranean salinas; and gave them an extra push to move on to the MedArtSal next steps.