38 entrepreneurs from Egypt, Lebanon, and Tunisia kickstart their green, blue, and cultural and creative businesses thanks to the support of the INVESTMED project 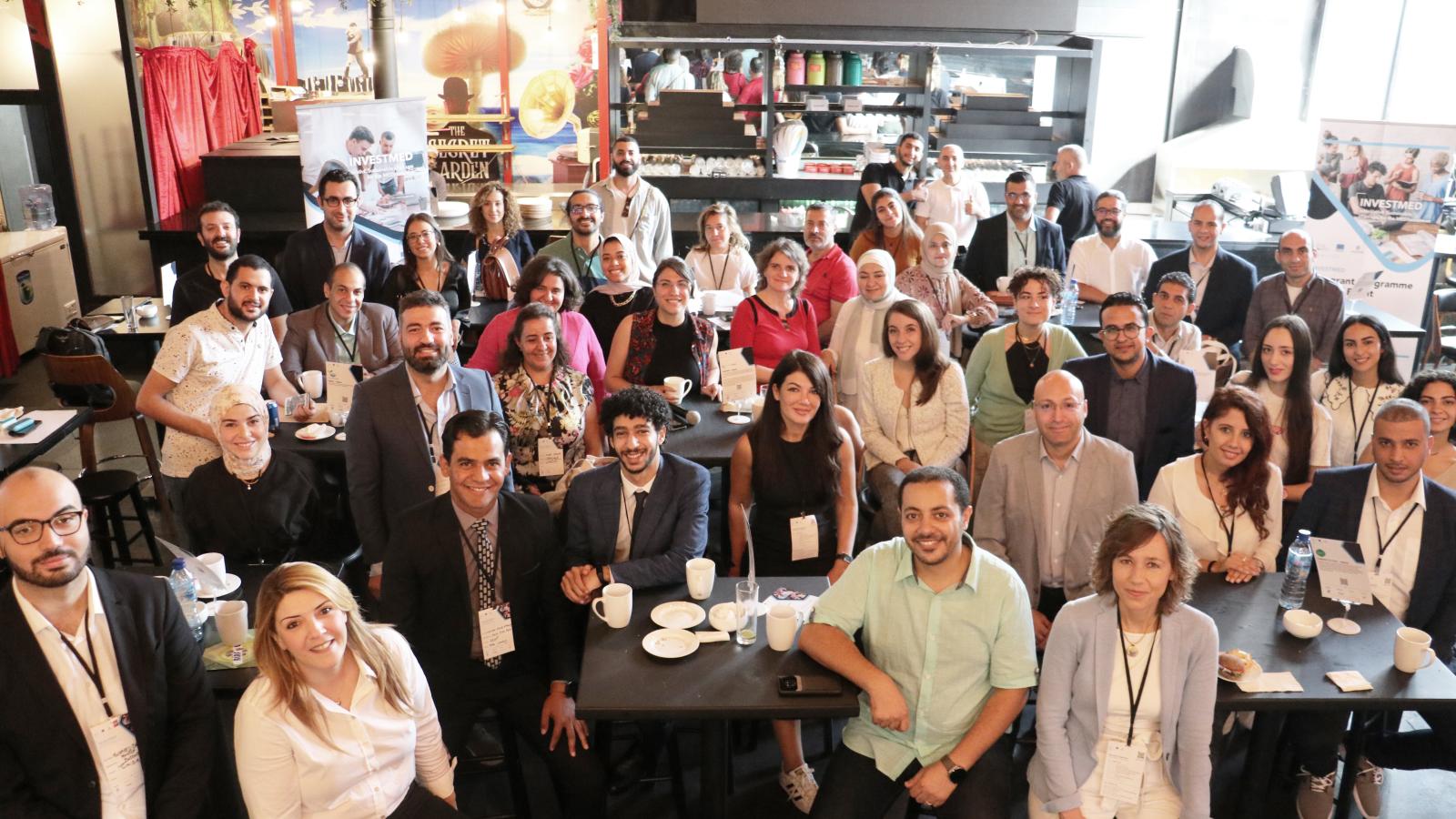 The winners of the INVESTMED call for sub-grants met on 24th and 25th October 2022 in Lebanon to celebrate the subgrant program's kickoff. The EU funded INVESTMED project launched a call for sub-grants to provide support for new, sustainable business opportunities for young people and women in three countries: Egypt, Lebanon, and Tunisia. The call looked for innovative MSMEs, startups and recently established enterprises mainly involved in the following sectors: Green economy, Blue economy and Creative and Cultural Industries (CCI).

The selected entrepreneurs besides receiving a grant for their project, will benefit from many other advantages from the INVESTMED project such as: receiving an incubation programme, being part of an online community with different investors, actors, and startups from other countries, receive specific Intellectual Property Rights (IPR) training for the three countries, and participate in multiple events with actors and investors from all over the Mediterranean. 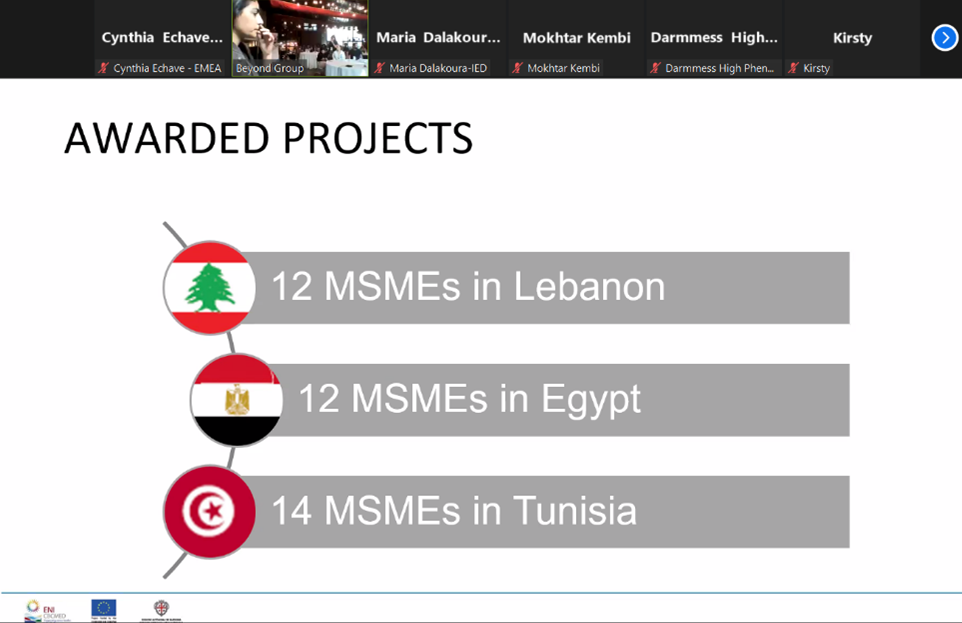 The event was opened by Jessica Hanna, Partner and Consultant from the Beyond Group in Lebanon and Jihen Boutiba, General Secretary at BusinessMed. Jessica emphasised that the goals of this event were to share experiences, learn about the Investmed programme, and encourage synergies between the partner countries. Following the introductions, our partner organisations awarded the selected sub-grantees with their certificates. Pictured is Marion Kussmann from CEEBA, presenting one such award.

Following that, we heard from three industry experts discussing the challenges facing the green economy, the blue economy, and the cultural and creative industries in the MENA region. Mr Antoine Karam gave his advice on managing green businesses and emphasised the importance of making a business both financially and environmentally systainable. Mr Hussam Hawa highlighted the difficulties facing the blue economy in the region and possible solutions for water conservation. Finally, Mr Ali Abu Awad emphasised the importance of creativity across all economic sectors despite it being seldom acknowledged.

The subgrantees then broke out into workshop discussions where they could reflect on the ideas introduced by the experts in the context of their own businesses and sectors. In the blue economy workshop, project managers highlighted issues such as water management in desert regions, water scarcity, and possible solutions for sharing knowledge between different actors. In the green economy group, 15 participants discussed the challenges associated with the industry spanning from waste, agriculture, sustainable materials, and natural cosmetics.

The next time the subgrantees meet will be in Barcelona in the spring – until then!

Congratulations again to all sub-grantees and good luck!

The INVESTMED project is co-funded by the European Union under the ENI CBC Mediterranean Sea Basin Programme 2014-2020. INVESTMED will have an impact on MSMEs, start-ups and recently established enterprises where staff will be trained and coached to become more sustainable and competitive and financially supported via an open competition. INVESTMED has a duration of 30 months, with a total budget of 3.8 Million euro, of which 3.4 Million euro are funded by the European Union (90%). It has 9 partners from Tunisia, Spain, Lebanon, Greece, Egypt, and Italy.