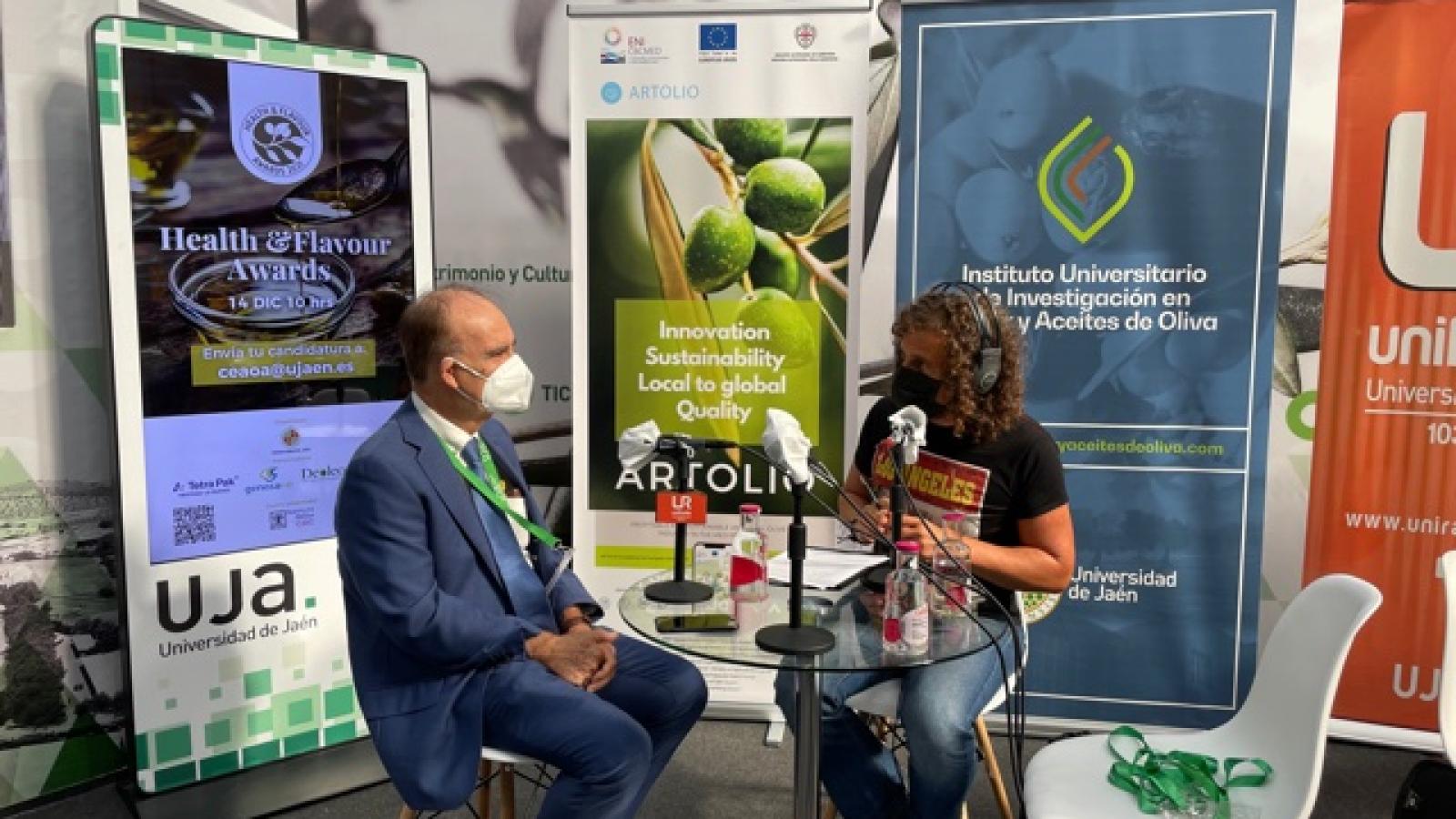 The ARTOLIO project has been presented at the XX International Fair of Olive Oil and Related Industries EXPOLIVA 2021 by the University of Jaén, where the partner members of the project: Sebastián Sánchez, Elena Guzmán, Inma Olivares and Arturo García-Agulló have showcased the advances and benefits it is reporting to local farmers.

In addition, Sebastián Sánchez, partner of ARTOLIO, shared with Nieves Ortega, Director of the magazine Olimerca, the commitment of this project in improving the quality and marketing of oils.

As mentioned in the interview: "ARTOLIO will not only mean a substantial improvement in the commercialization of oils, but it is also a project that unites different cultures". It caught the attention of the media, which positively valued the contribution of EU and ENI CBC MED.

Expoliva 2021 also featured different innovations such as R + D + i services of other entities of the sector, informative workshops and the First International Awards 'Health and Flavour Awards', in which the six farmers and the oil mill of Jaén, beneficiaries of the ARTOLIO project, would participate in the contest with their early harvest oil.

Along with these events, the presence of ARTOLIO ENI CBC MED has also been confirmed for 'BE_OLIVE' III International Symposium on Olive Oil and Health / IV International Congress of Olive Oil, Olive Grove and Health, which will be organized from December 9 to 12 jointly with Yale University (United States) and sponsored by the Provincial Council of Jaén.

The project was launched in October 2021 and is expected to be completed by February 2023.