BEEP: first meeting held in Lebanon to inspect and analyse the Municipality of Tripoli and the Rashid Karami Municipal Cultural Center 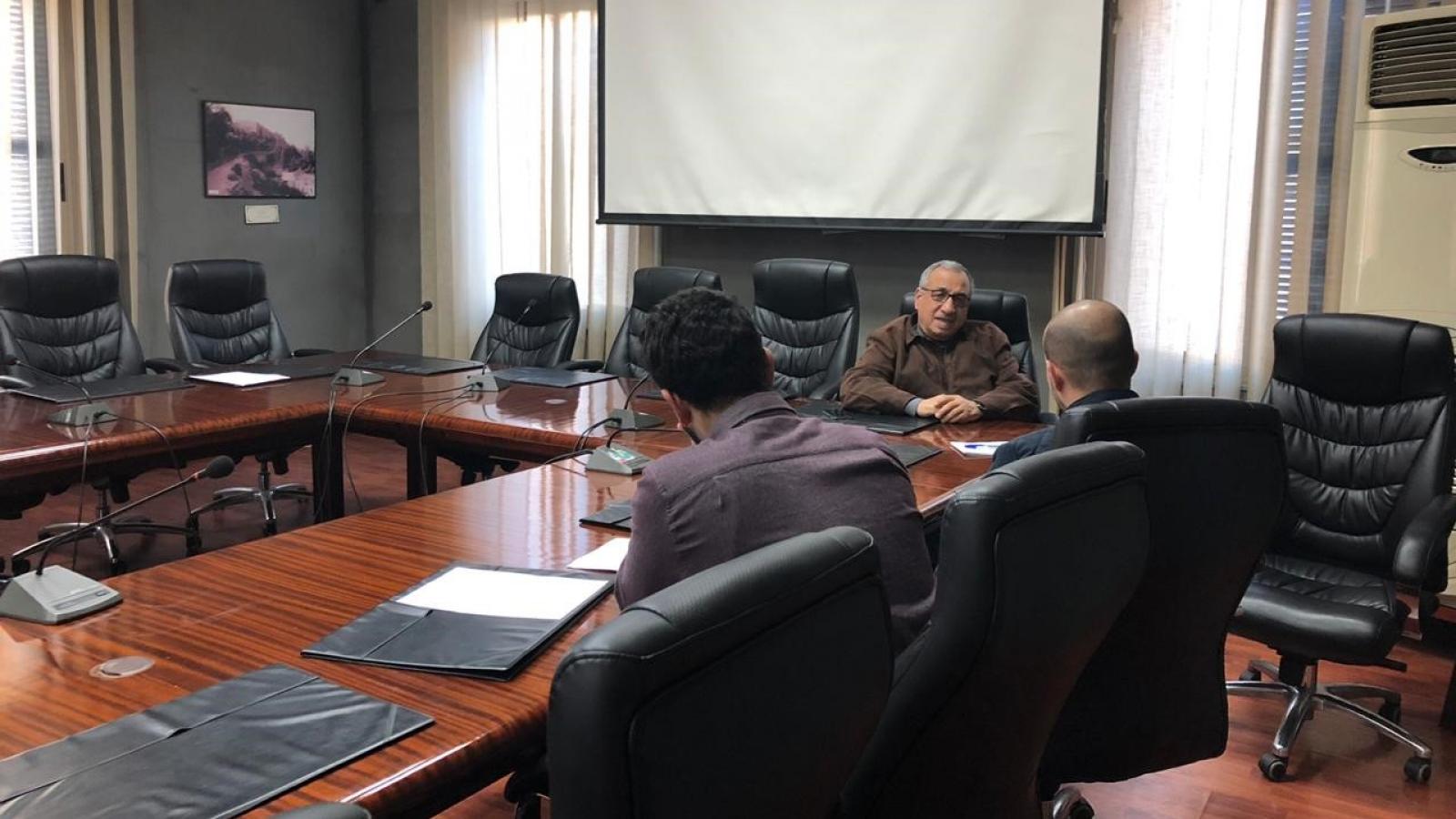 The Lebanese partner, Lebanese Centre for Energy Conservation (LCEC), has chosen the Municipality of Tripoli and its cultural center, the Rashid Karami Municipal Cultural Centre, commonly known as Nawfal Palace, to be their case studies in respect to the BEEP project.
The team leading the project has met with administrative and engineering officials from the Municipality in order to explain in details the next steps of the BEEP project. During the visit, the LCEC team described the major milestones of the project, in addition to shedding lights on the long-term prospects of the project and its potential benefits for the whole building stock in the country. The BEEP project tackles the energy efficiency challenges in heritage buildings within the public sector.

The building of the Municipality of Tripoli was erected in 1932 and restored in 1998 according to the officials at the Municipality. Influenced mainly by Ottoman architecture, the building is characterized by its unique entrance and wooden abat-jour that decorate its exterior facades.

As for the Rashid Karami Municipal Cultural Centre, it was erected in 1899 and restored in the 1970s and early 2000s. The building combines both the European and Ottoman styles with its distinctive high red brick roof. Originally a residential Villa, it was built by Qaisar Nawfal, a prominent figure in Tripoli, and later on was converted to a casino for Tripoli’s Elite, and then into an exclusive country club for mostly British workers in what used to be an oil refinery around the north of Tripoli. In 1968, the Lebanese Ministry of Culture got ownership of the building and in the 1970s it turned it into a cultural hub, which persists till today.

Besides the energy efficiency measures, the implementation of renewable energy, and specifically photovoltaic energy, was discussed for the building of the municipality of Tripoli, as it presents the perfect conditions (orientation, minimal shading, etc.) for the installation of such system.