BESTMEDGRAPE: How the “stars of today” will build a better tomorrow 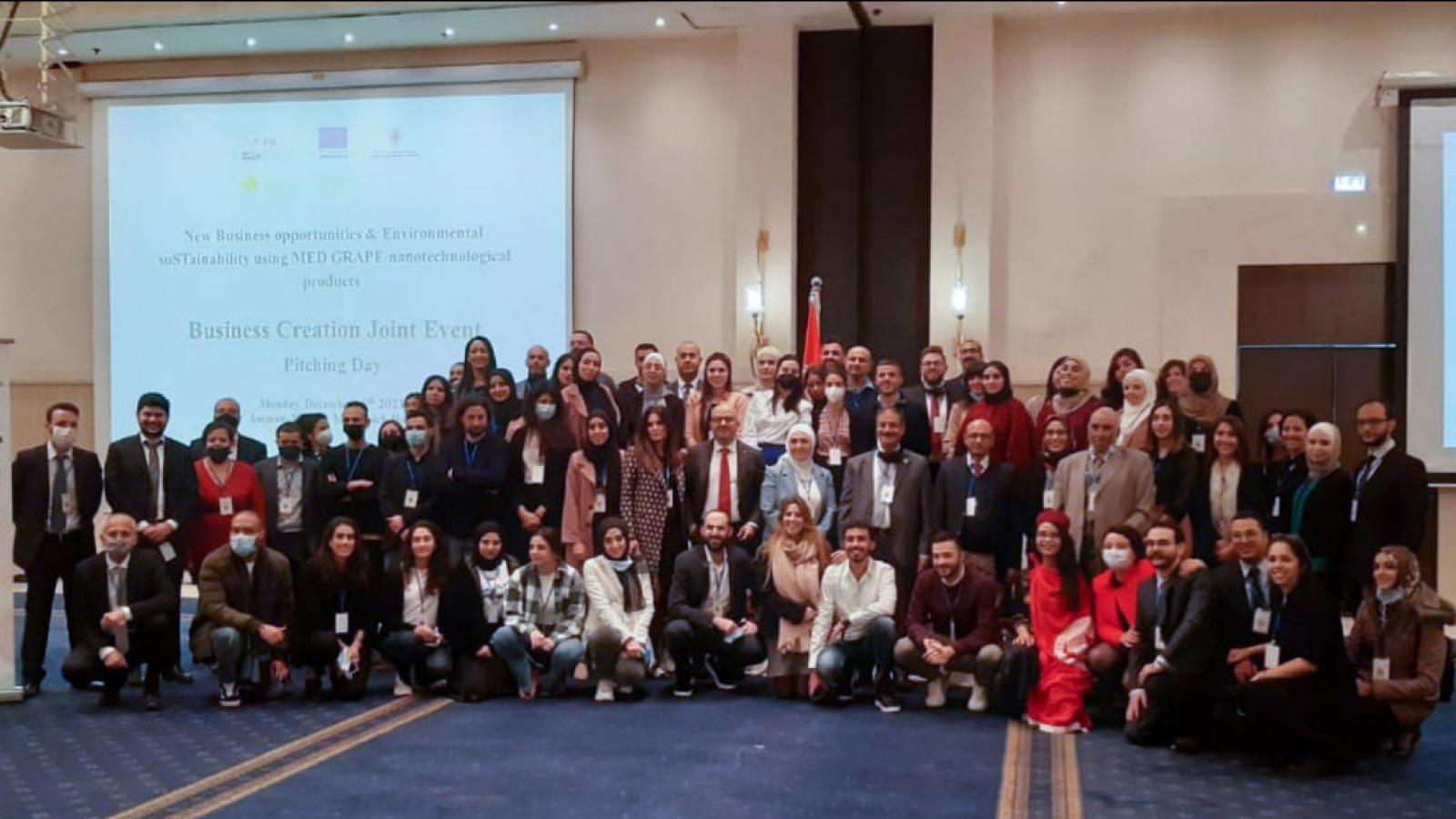 Last week, 30 potential entrepreneurs from each of the following countries: Italy, Lebanon, Jordan, Tunisia, and France, took each a seat on a plane, but all the flights had one destination: Amman-Jordan.

The potential entrepreneurs were selected by BESTMEDGRAPE and followed a specific training to help them develop their ideas by using the nanotechnology provided by the project to transform grape by-products into cosmeceutical and nutraceutical products and then create their own business.

These talented and ambitious people met with BESTMEDGRAPE team members from the 5 countries involved in the project, in Amman, and they attended the “Business creation joint event” organized by the Jordan Society for Scientific Research, Entrepreneurship and Creativity (JSSREC).

The event started with an opening session where Rida Shibli, the President of JSSREC, assured that the event was not only about coming up with ideas or evaluating pitches but also about boosting communication between potential entrepreneurs and building borderless relations that will create new business opportunities in the Mediterranean area.

In his speech, BESTMEDGRAPE coordinator Gianluigi Bacchetta from Italy said that collective efforts have led to the point where ideas are applied despite the Covid challenges.

The assistant for Foreign Affairs in Al-Ahliyya Amman University, Anas Al Soud, underscored the university's role and efforts in bolstering entrepreneurs' creativity, pointing at the ongoing cooperation with the JSSREC.

Esmat Karadsheh, the coordinator for the Eastern Mediterranean, commended the project's achievements and interest to support entrepreneurial and purposeful projects.

Sabah Saifan encouraged the potential entrepreneurs on behalf of JSSREC, saying “Today is your day, you are important as the speakers, you are the stars of today”.

After the opening session, it was time for the potential entrepreneurs to take the stand and present their creative ideas.

Many ideas were presented by the talented potential entrepreneurs, we will show a few of them from each country.

After the pitching sessions, all the ideas were shared between the potential entrepreneurs at a dinner table.

Only 10 entrepreneurs from each country will be selected at the end of the project. Each winner will receive a 5,000 euros award to help them with their start-ups.