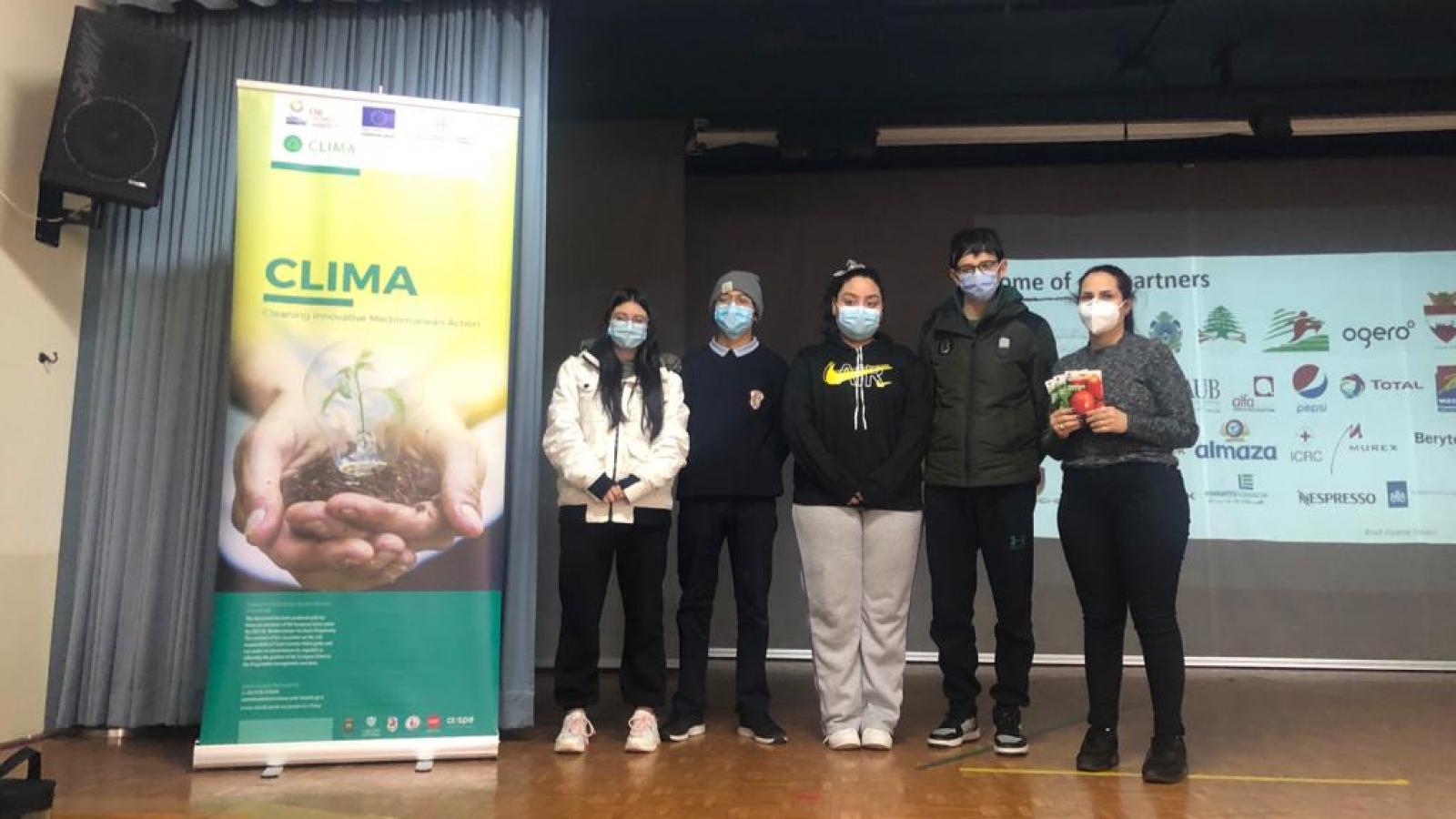 Bickfaya schools go green thanks to the new awareness campaign launched by Bickfaya Municipality in partnership with Lebanese ngo Arcenciel to promote proper sorting and composting habits in local students. The campaign, which is actually ongoing, has been implemented within the scope of CLIMA project focusing on the two schools located in Bickfaya, in an effort to refresh the students' knowledge about the 3Rs (Reduce, Reuse, Recycle).

Two secondary classes from each school were selected and attended the awareness session where the operation at the Bickfaya sorting facility Bi clean was explained in details focusing on the above mentioned topics. As these schools are within the Bickfaya Municipality, the sorting process is active, however a constant reminder is needed every year to ensure that new students are well aware of the procedure. 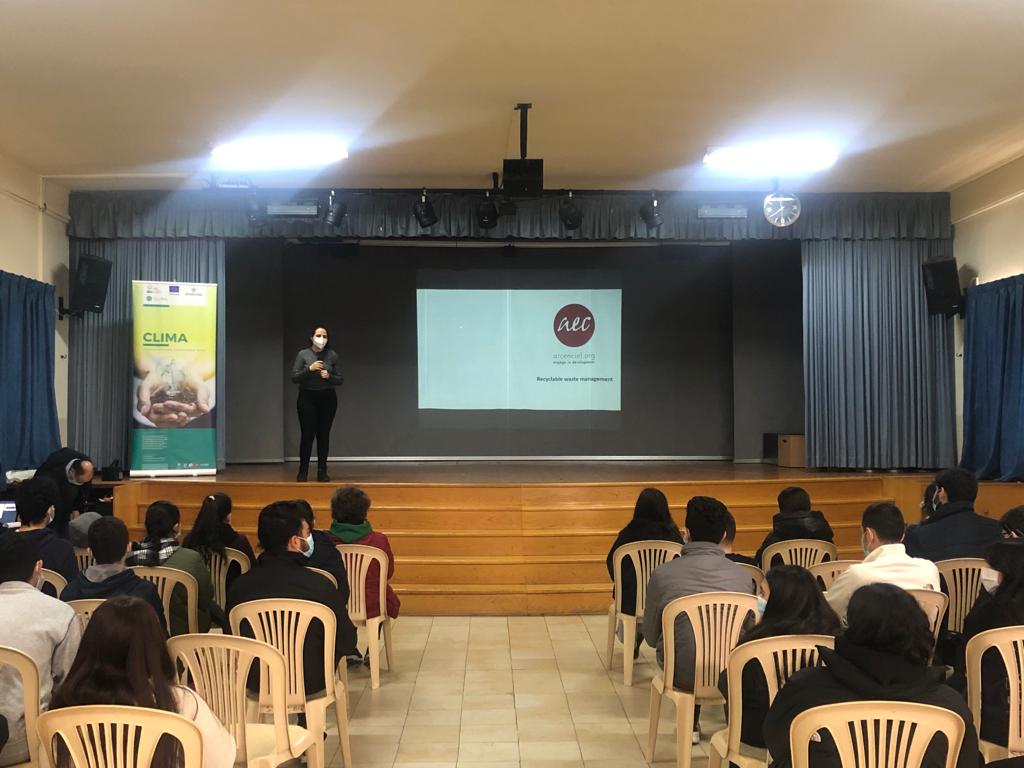 Most of the students showed interest in these topics and were already well informed on the benefits that the 3Rs provide, noting that Bickfaya has an independent waste management center and a door-to-door approach while collecting waste, therefore the crisis that the rest of Lebanon is dealing with again is non existent in Bickfaya.

To complement the Going green process, and due to the high interest in gardening and planting that is capturing Lebanese people’s attention, three types of vegetable seeds were also distributed to the students and the principles of both schools to encourage them to get in touch with nature and spend some time away from the screens.

Both of the schools were ecologically active, but due to the COVID-19 outbreak and the current economical crisis that is invading the country, they were forced to focus more on the academic aspect and reduce the extra curricular activities. 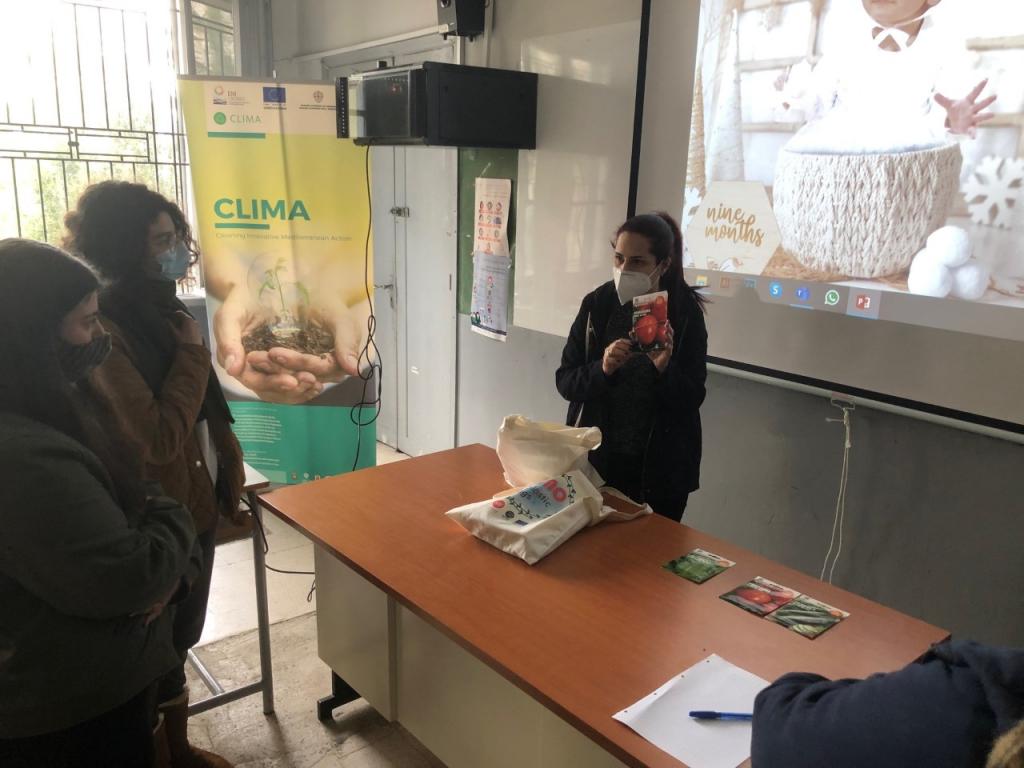 They saw in these interventions an opportunity to relaunch the ecological initiatives they used to implement and decided to use some of the donated seeds to replant the lands that are surrounding the schools.

Hopefully by next year, the current situation would be resolved and the schools will be able to prioritize environmental activities and encourage students to come up with sustainable initiatives.