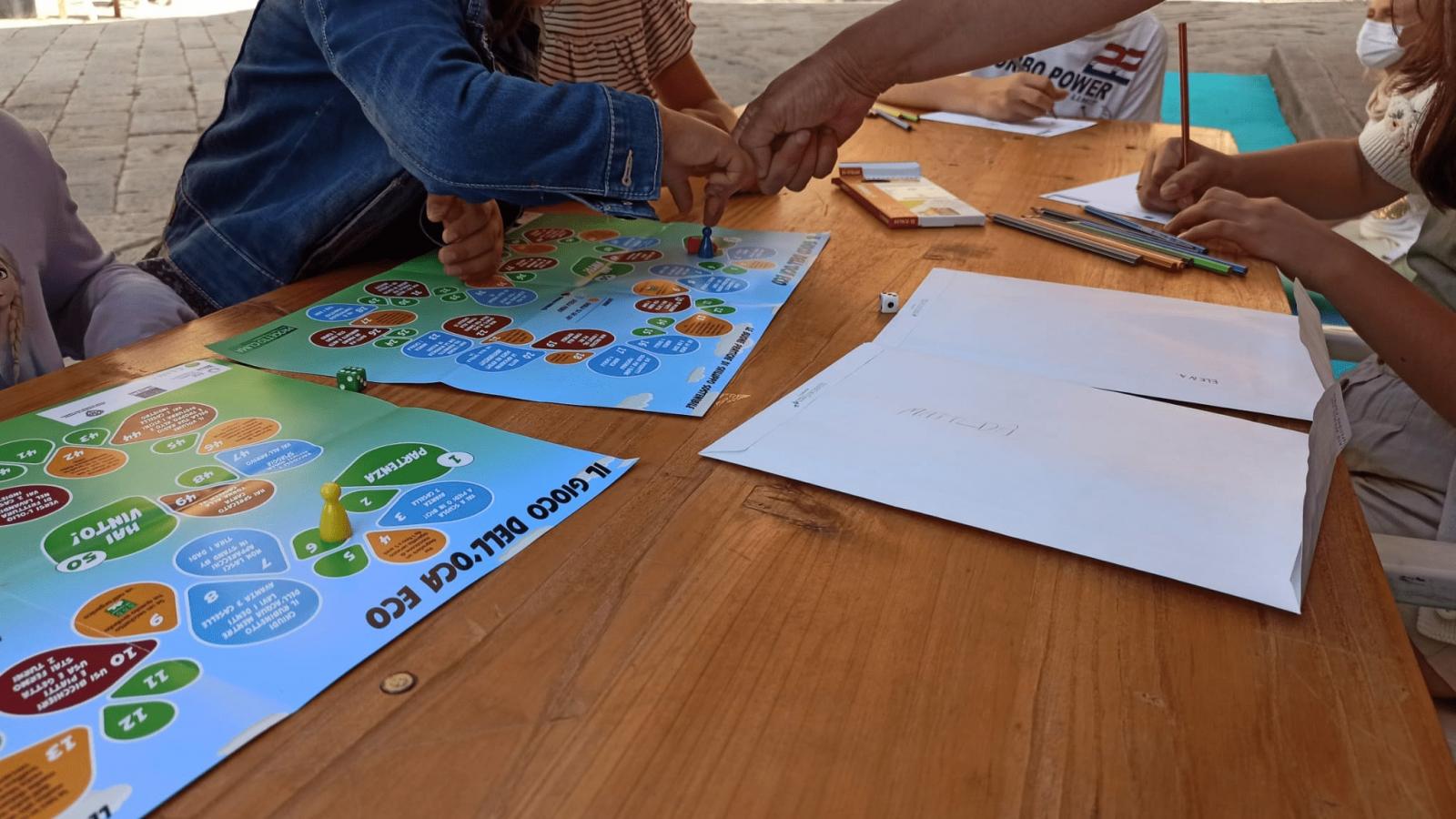 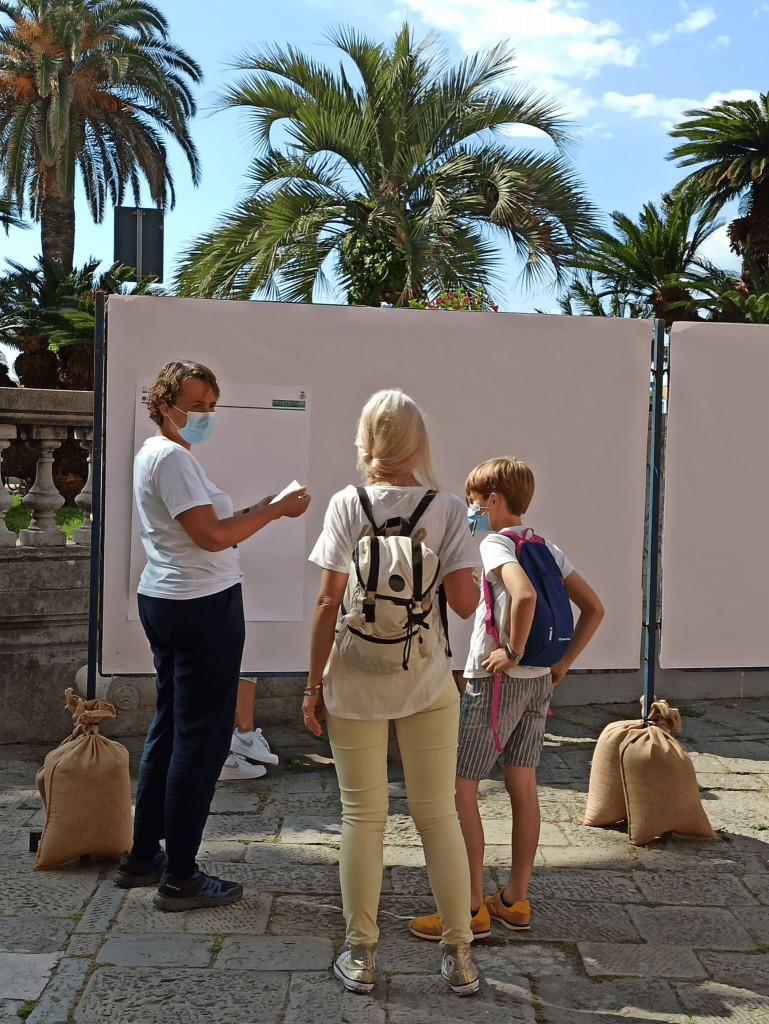 This year, CLIMA project took part in Andersen Festival proposing an environmental education workshop on sustainable and recycling habits to help raising awareness in kids on zero waste issues. The workshop consisted of two different though similar activities according to the age of the children who agreed to play.

The first activity, for children from 5 to 10 years old, was called “GiOca con CLIMA” (literally, Play with CLIMA): every kid attending the workshop was given an eco-friendly version of the ‘game of the goose’, a well-known board game where players have to walk through a challenging path by rolling the dices in order to win a CLIMA branded gadget.

On the other hand, kids from 10 to 14 years old were asked to make suggestions on how to support the planet in fighting pollution and climate change by drawing examples of good practices to be adopted or writing down a successful slogan. Their sketches were then hung up on a hanging board for three days so that everyone could see them.

The workshop consisted in three an hour-long sessions which lasted for three days, from the 11th to the 13th of June: each session saw the participation of an average of thirty kids for a total amount of 90 kids, with their families. The feedback on the workshop came back positive: many of the children agreed to be portayed while hanging up their drawings and many of them insisted on playing the eco-friendly Game of the goose more than once. Moreover, the event had previously been promoted on Andersen Festival official social media profiles followed by 13.064 people on Facebook and 2.755 on Instagram.