CLIMA inaugurates a special membrane for composting organic waste in the Municipality of Bickfaya, Lebanon 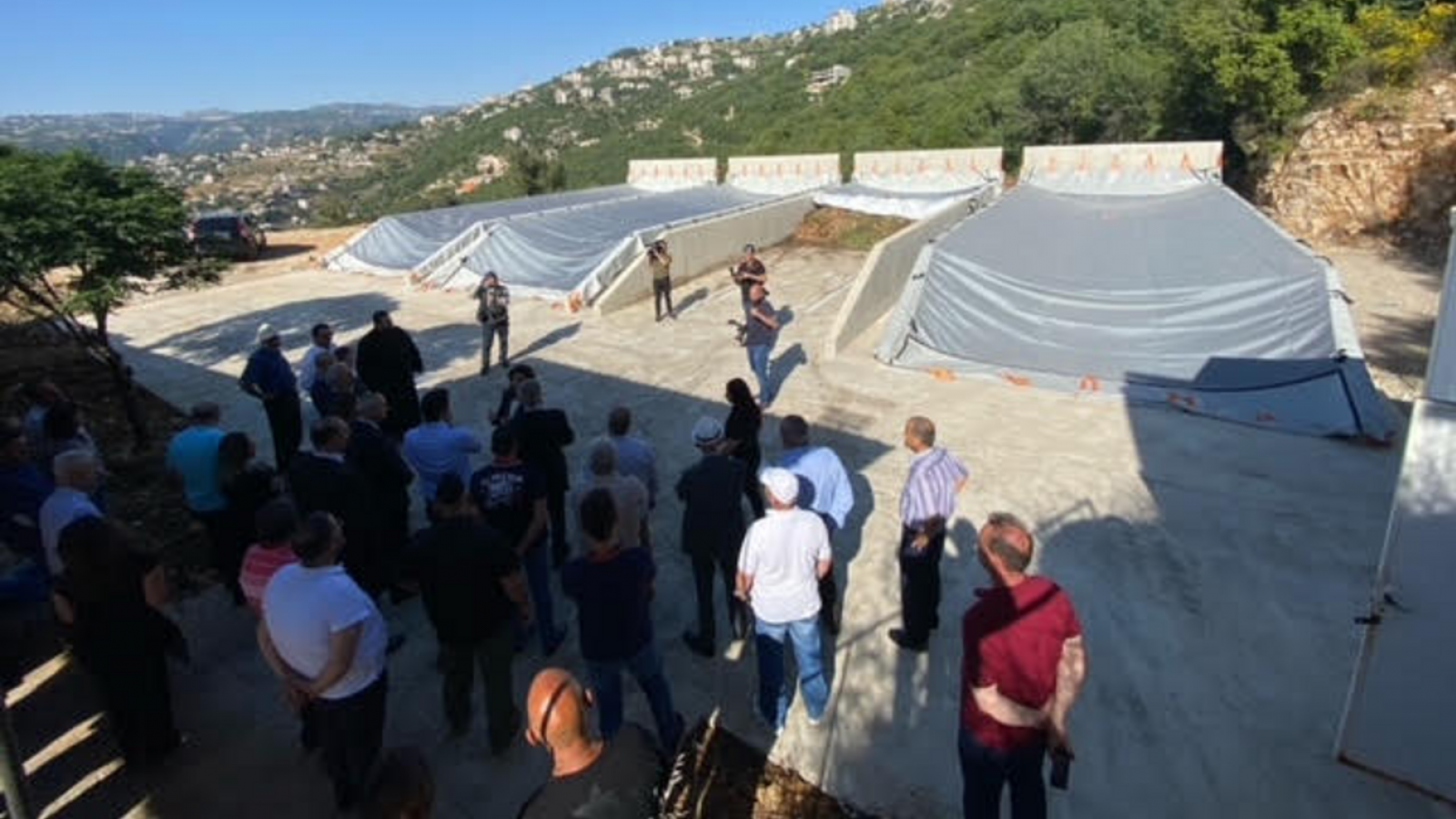 «We have never imagined in 2015 that we would be here today at the opening of this facility». With these words, from the Bi Clean facility in Bickfaya, Bickfaya Mayor Nicole Gemayel inaugurated a special membrane for composting that will allow citizens of the municipality to dispose of their organic waste, converting it into compost for sale.

Bickfaya citizens and several other stakeholders attended the inauguration ceremony held on May 27th. Among the attendees: municipalities members, a delegate of the European Union as well as representatives from COSPE and Arcenciel, the partner NGOs involved in the implementation of the CLIMA project, through which the purchase and installation of the membrane was made possible.

The membrane represents one of the innovative technical solutions for composting integrated within the CLIMA project, which involves three different municipalities in Lebanon, Tunisia and Italy, as set out in the intervention by Valerio Baldissarra, CLIMA project manager.
This special technology, unique in Lebanon, is composed of three layers covering the collected organic waste and green leaves. The compost pile will allow the decomposition, retaining odors, germs and dust and preventing rainwater penetration, as explained by Jessica El Khoury from Arcenciel’s environment program, during the guided visit of the composting site.

The membrane is the latest result of work that began seven years ago with the waste crisis that destabilized Lebanon, following the closure of the country's main landfill. As Beirut's streets, rivers, and shorelines filled with tons of garbage, Bickfaya began a campaign to raise awareness about the benefits of waste sorting, engaging and empowering the citizenry.

The municipality, aware of the difficulties related to the financial crisis, has invested in an ambitious plan, applying four years ago to the ENI CNBC Med program. In these years Bickfaya has managed to develop and expand the Bi Clean independent recycling facility capable of disposing of plastic, paper, glass and aluminum. 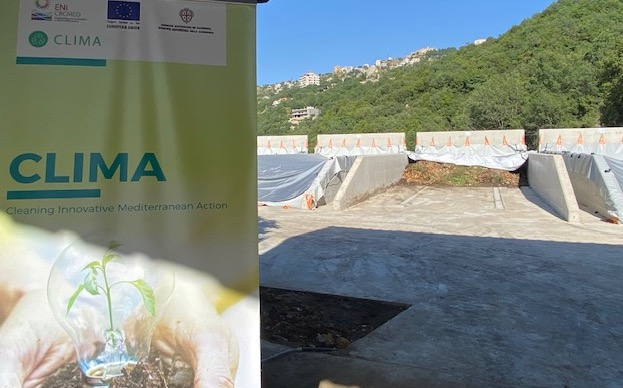 Nevertheless, until now, organic waste was not treated. Only with the installation of the membrane, the citizens will find an answer to the organic waste issue. «We have faced many challenges in recent years, but the most adverse has been the one related to the disposal of organic waste», said the mayor during her speech, «But now we have received a very needed gift in the shape of a membrane», she adds gratefully.

However, Lebanon’s ongoing multi-layered crisis and the lack of electricity could slow down the operation of the facility. For the proper functioning of the aeration system, which is essential for transforming organic waste into compost, the membrane needs fans and blowers to pump the necessary level of oxygen. Moreover, the membrane has a monitoring system made of probes and sensors placed inside its structure, that monitor the temperature and the entire composting process. An intermittent power supply could undermine the proper operation of the facility.

«With our perseverance, we will try to find a solution to the problem of lack of electricity by appealing to donors», the mayor concluded. The installation of solar panels could make up for this problem. In this regard, the delegate representing the European Union, Mr. Mohamad Sharif, during his speech, strongly suggested considering applying the NEXT MED program that will continue to support Euro-Mediterranean cooperation until 2027, under the framework of the European Union's Cohesion Policy. New funds could further enhance the capacity of the facility and ensure its full operation.