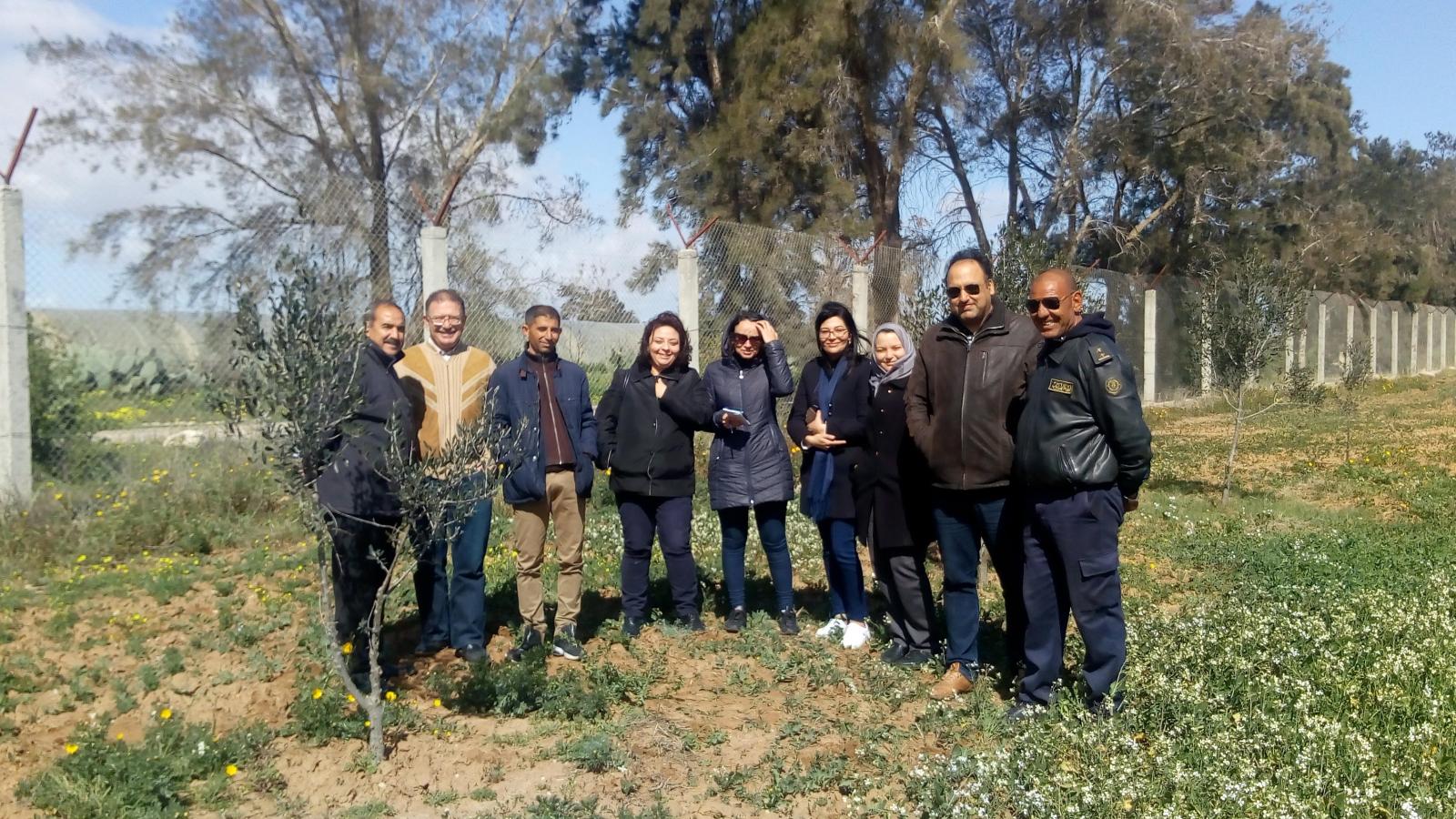 The pilot compost site to be implemented in Mahdia has found its spot: it will not only support organic waste management, but it will also impact on the rehabilitation programme of Mahdia prison. Before Covid-19 emergency stroke, CLIMA partners organized a last meeting on 17th February in Mahdia in order to identify the future actions to be carried out for the implementation of one of main project goals, that is to say the choice of an area befitting the implementation of the composting site in Mahdia region.

Beside the CLIMA project coordinator Valerio Baldissara, the Tunisian focal point Dalia Mabrouk and the Italian focal point, Lara Panzani, the meeting was attended by the members of the city council and its administrative staff, chaired by Ms Faiza Boubaker, Mayor of Mahdia as well as the representatives of CITET (Tunis International Centre for Environmental Technologies), including its director general Mr Abdelkader Gargouri and Ms Lamia Sayahi.

After the meeting, the group visited three potential locations for the implementation of the new composting site. However, none of them complied with health standards formerly established nor an adequate distance from the nearer residential area.

After a long process of research and consultation, the city council committee suggested to exploit part of the Mahdia prison land (4000m2) for the establishment of the composting site in return for the involvement of prisoners in sorting and composting activities as part of the strengthening of their social activities for a future economic reintegration.

This choice reflects the social and economic role that CLIMA project should play to the social and professional inclusion of prisoners while fighting recidivism. Moreover, while complying with a corollary of uninterrupted development and sustainability, this choice will also ensure the continuity and sustainability of the project through the administrative management that will be provided by the prison administration and the permanent availability of prisoners to work directly on site.