COMMON project. The Glasgow Agreement is inadequate to deal with the climate emergency according to Legambiente 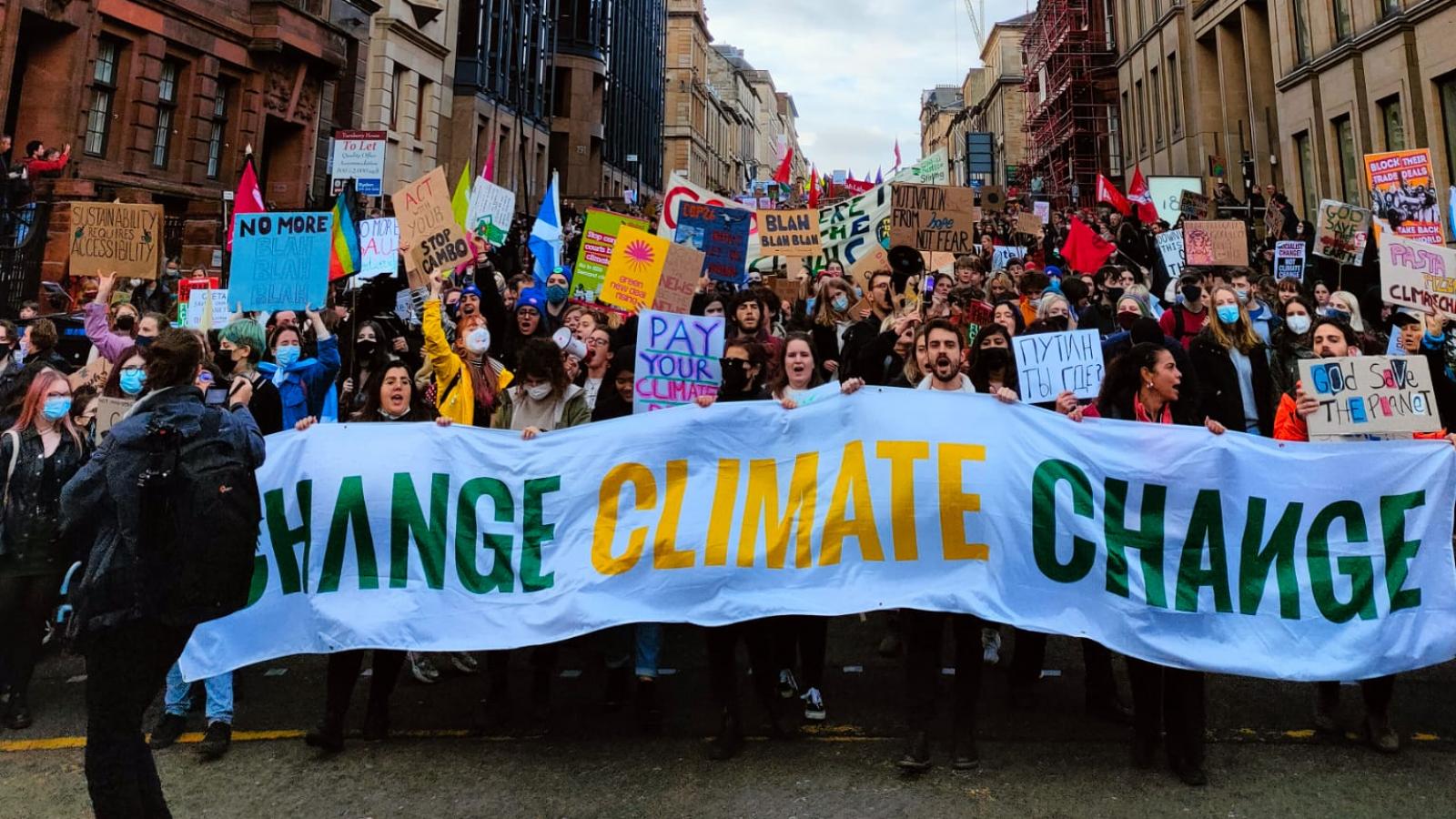 "The Glasgow Agreement is inadequate to tackle the climate emergency, especially for the most vulnerable communities in poor countries, but the 1.5 °C target is still alive." Thus Stefano Ciafani, national president of Legambiente, the Italian NGO coordinator of the COMMON project, comments on the agreement signed in Glasgow which is not the best for the environmental association. "Among the problematic points - continues Ciafani – there is the crucial issue of the abandonment of fossil fuels, which has been inadequately addressed, even if their path is now marked. And the fact that no progress has been made on the creation of the Loss and Damage Facility to help poor countries cope with the climate crisis, and on which a strong commitment from Europe has been lacking in Glasgow. To face the climate crisis and to hit the 1.5 °C target, it is essential that all the most advanced countries, starting with Italy, increase their commitments to reduce climate-altering emissions as soon as possible and guarantee adequate financial support to climate action of the poorest countries”.

Unfortunately, the environmental association explains, the Glasgow Climate Pact has postponed the adoption of the roadmap to reduce climate-changing emissions by 2030 in line with the critical threshold of 1.5 ° C until next year. COP27, which will be held next year in Egypt, will have to adopt the roadmap to halve current emissions by 2030 through the annual review of the reduction commitments starting from 2022. Thanks also to the gradual reduction of coal in power plants and the elimination of inefficient subsidies to fossil fuels, in order to accelerate a just energy transition. For the first time in climate negotiations, with the Glasgow Agreement, the crucial issue of the abandonment of fossil fuels is addressed, albeit still inadequately. But their path is now marked.

Moreover, the Glasgow Agreement confirms the commitment of the richest countries to guarantee financial aid, for mitigation and adaptation, of 100 billion dollars a year for the period 2020-2025: 600 billion overall to be donated through the plan proposed by the British presidency. However, no progress has been made on the creation of the Loss and Damage Facility. This is the fund to help vulnerable communities in the poorest countries to cope with the damage and losses caused by climate disasters, in order to allow a rapid reconstruction and economic recovery of the affected territories, thus also avoiding the worrying increase in climate refugees.

"We now need a strong commitment from Europe, missed in Glasgow, to build a broad alliance in support of the Loss and Damage Facility so that it finally becomes a reality at next year's African COP - explains Legambiente – Also Italy must do its part. Not only by supporting the European action for the creation of the Loss and Damage Facility, but also by guaranteeing its "fair share" of the collective commitment of 100 billion dollars a year for the period 2020-2025 for the climate action of countries poorer. This is at least 3 billion euros a year that can be easily found through the cut in subsidies to fossil fuels to be included as soon as possible in the budget law under discussion ".