COMMON project: let's start to Clean Up The Med 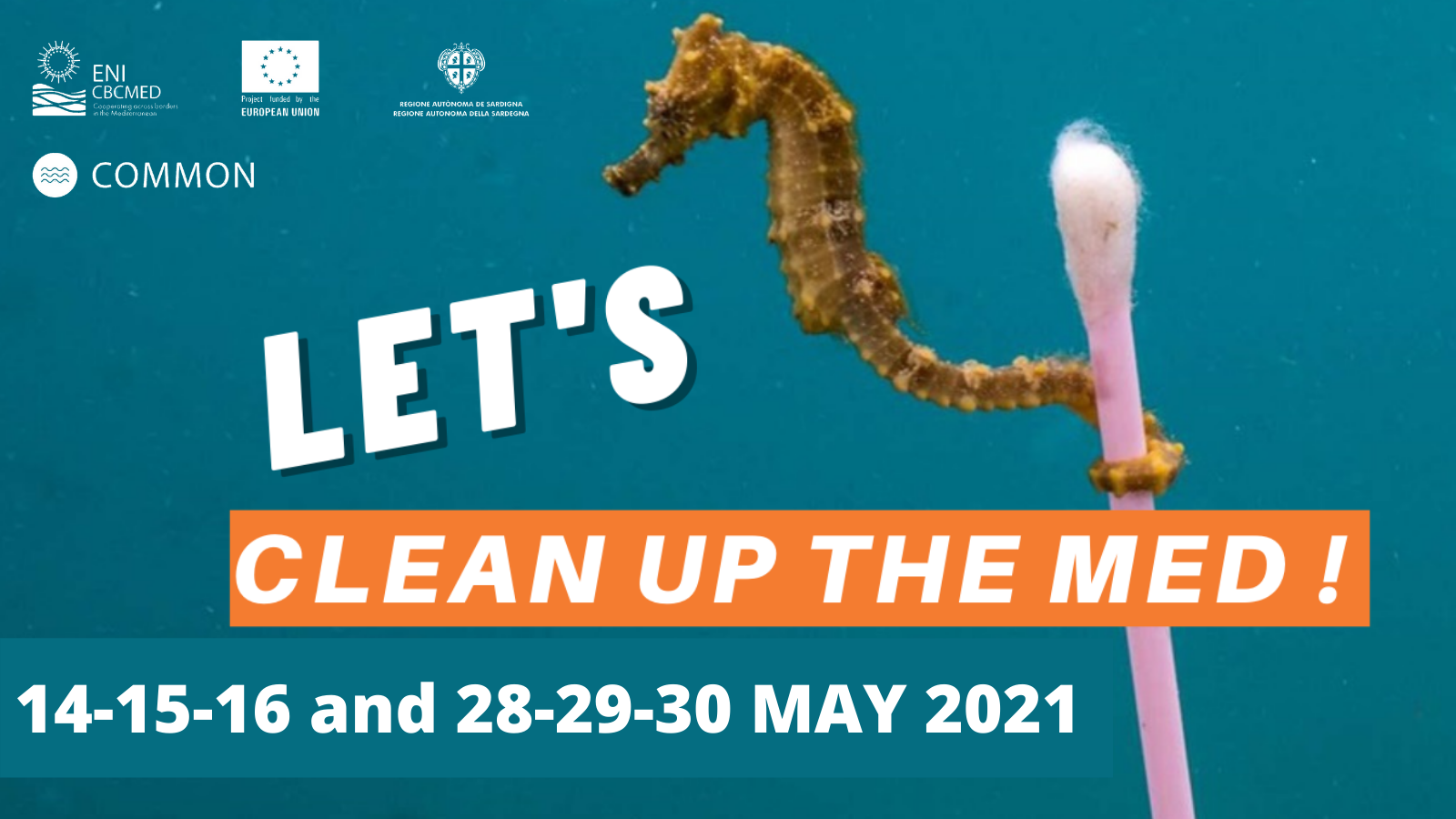 A Mediterranean united in the fight against marine litter. From Palestine to France, from Italy to Greece, once again this year thousands of people armed with bags and gloves, will take part in the appointment on the beaches of the whole Mediterranean with a single goal: to clean them of waste and fight for a cleaner sea. Clean Up The Med, the Legambiente's awareness campaign to raise awareness among citizens on the reduction of marine litter, returns with its 28th edition on May 14, for two mobilization weekends that will involve associations, universities, municipalities, public bodies, schools and citizens. The campaign will start on the weekend of 14, 15 and 16 May and will continue throughout the Mediterranean on the weekend of 28, 29 and 30 May. A major environmental volunteer initiative promoted this year by COMMON (COastal Management and Monitoring Network for tackling marine litter in Mediterranean sea), a European project funded by Eni CBC Med Programme that involves Italy, Lebanon and Tunisia with the aim of protecting the coasts of the Mediterranean from the marine litter through sustainable management.

This year, despite the arrival of a marked summer for the second consecutive year since the Covid-19 emergency, about 85 organizations from 16 countries have joined the initiative: Italy, France, Spain, Algeria, Lebanon, Tunisia, Egypt, Palestine, Croatia, Cyprus, Morocco, Malta, Turkey, Libya, Greece, and Monaco. In addition to the physical removal of waste, the campaign aims to raise awareness in the community, to restore cleaner beaches, coasts, and reefs and to monitor the health of the Mediterranean coasts.
This year, despite the difficulties related to the pandemic, the campaign will take place in complete safety, a sign that the fight for a cleaner planet is a priority without borders.

Every year, the beaches and the seabed of the Mare Nostrum collect more than 8 tons of waste, of which over 80% is plastic: from bottle caps to toys, from cotton buds to bags. Human activities and poor waste management on land are, as is now known to most, among the main causes of stranded waste. As stated by the World Bank, in the southern Mediterranean countries a constant trend towards increasing per capita waste production has emerged in recent years, with an average of 489 kg of waste per year, which is destined to increase in the future (+ 29% in 2030 and + 50% in 2050) because of population growth and the predominant linear economic paradigm. Even if the data available for the Southern Mediterranean countries are limited, an increase in the plastic fraction seems to be emerging.

"One of the major obstacles to environmental sustainability is given by the different regulations between Mediterranean countries. There is an urgent need to address the issue of waste at sea in an integrated way and to adopt common policies of sustainable production and consumption extended to the entire basin - Serena Carpentieri, Deputy Director of Legambiente Onlus said - In our country a recent step forward has been taken with the approval of the European delegation law that will ban certain single-use plastic products. Now there is only one last pass to the Senate and then, to the Government for the definitive transposition of the directive. We will continue to keep the attention high and press for this to happen as soon as possible, but we must not forget that we too can contribute to reducing the consumption of disposable plastic with our daily behaviors. As the data of our surveys show, disposable waste represents 42% of that present on our beaches ".

This year, on the occasion of the campaign, the COMMON project will allow the monitoring and collection of useful data to analyze the state of health of the Mediterranean: the kilos and the type of waste collected during each appointment will be processed and made available on www.commonproject.it, a portal created to collect information and tools on the problem of marine litter in the Mediterranean Sea and to enhance the importance of protecting our sea and the biodiversity it preserves. Furthermore, also this year the number of gloves, masks and protective devices will be surveyed.