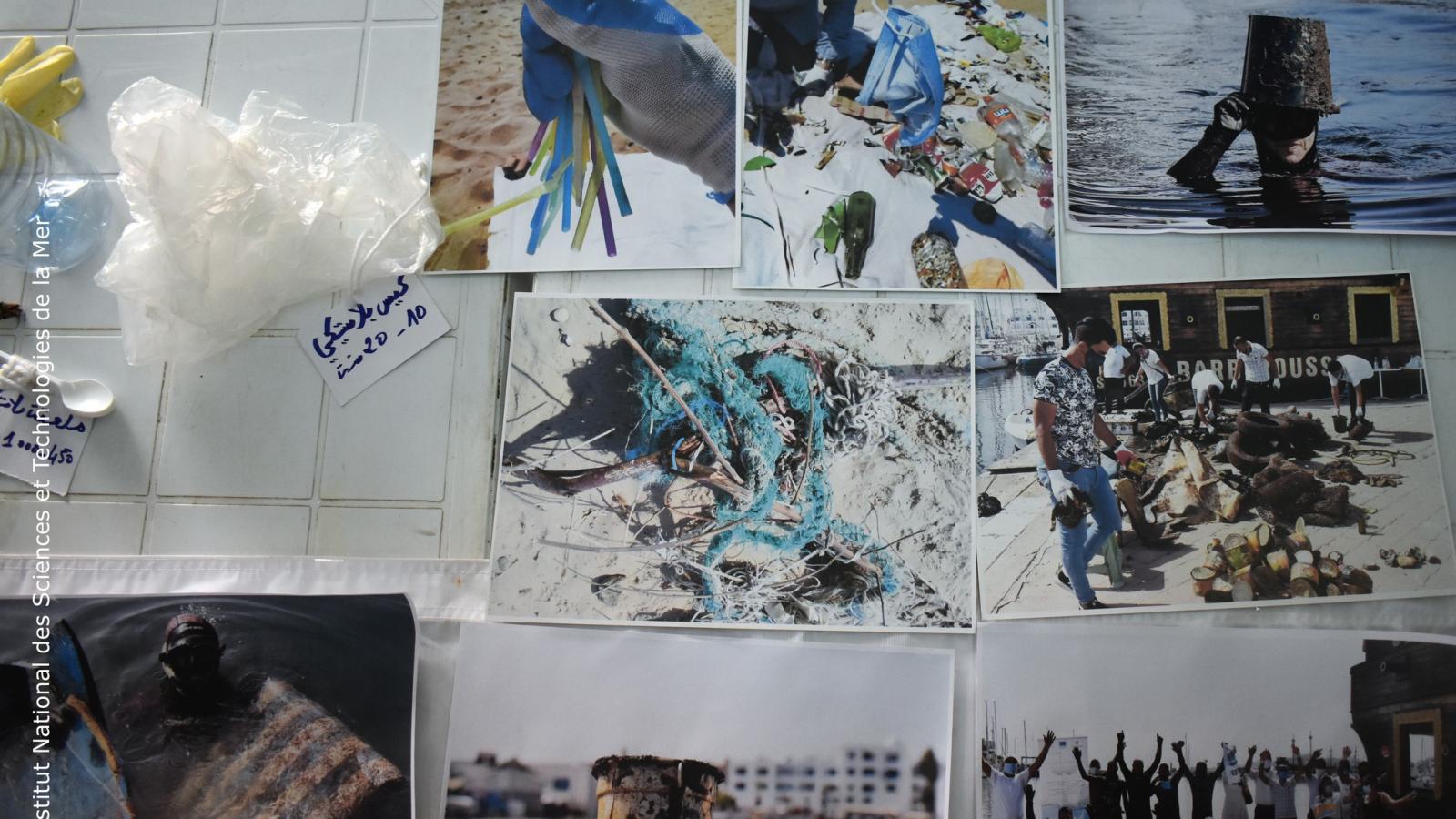 Sana Ben Ismail, professor in physical oceanography and coordinator of the Tunisian pilot areas of the COMMON project

On September 30th, World Maritime Day 2022, in the conference room of La Cité des Sciences in Tunis, the scientific team of INTSM (Institut National des Sciences et Technologies de la Mer), partner of the COMMON (COastal Management and MOnitoring Network for tackling marine litter in Mediterranean Sea) and Plastic Busters CAP project, hosted a stand and a presentation to raise awareness of marine debris and its decomposition in the Mediterranean sea.

The presentation, held by Sana Ben Ismail, professor in physical oceanography and coordinator of the Tunisian pilot areas of the COMMON project, pointed to the impact of plastic on the health of both the marine ecosystem and human beings.

As part of the activities financed by the ENI CBC Med Programme, the day was an opportunity to raise awareness of the problems caused by marine waste in Tunisia and the Mediterranean, and to highlight the issues related to the increasingly worrying effects of plastic pollution.