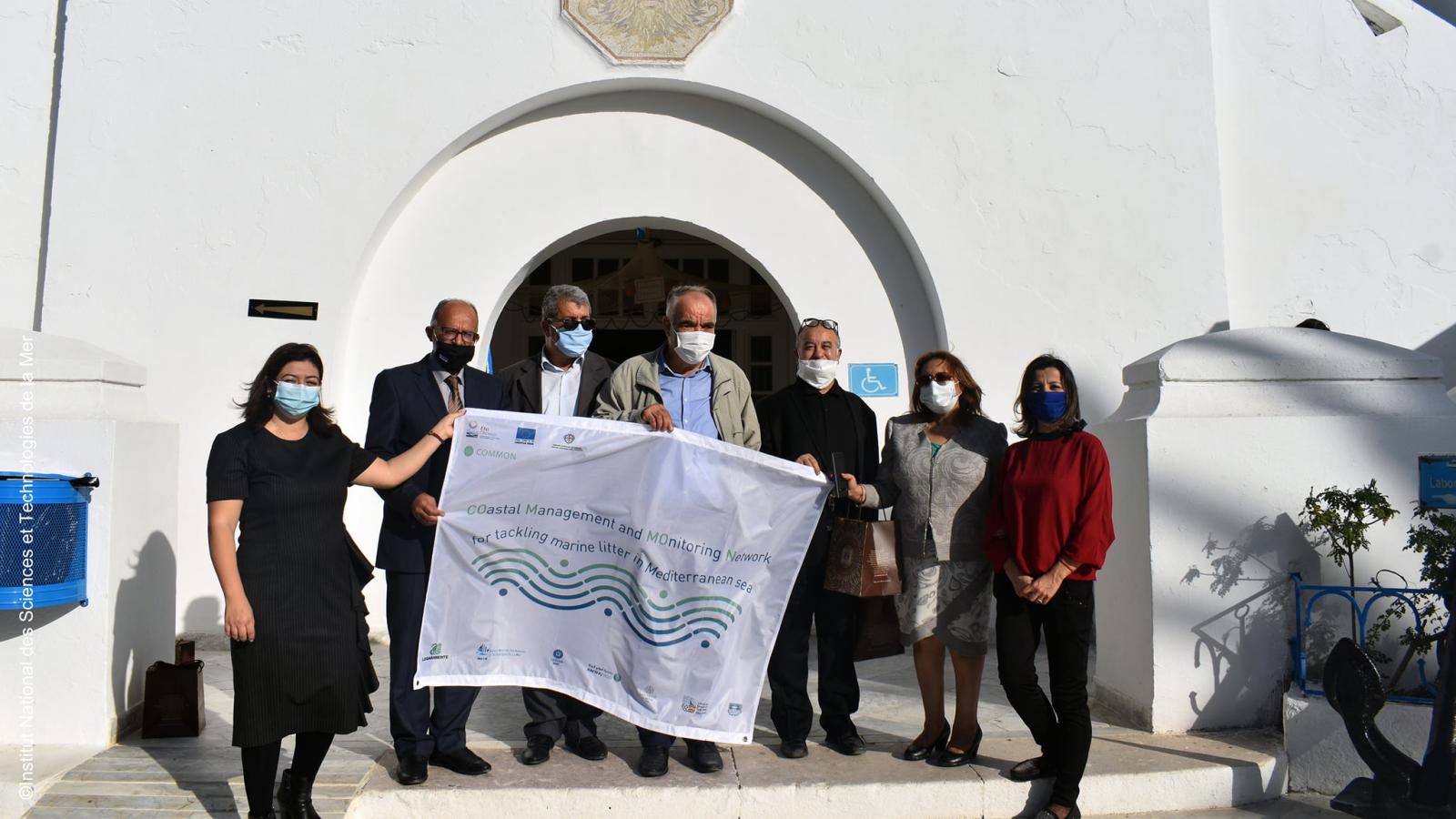 On 22 of October, the Tunisian Institut National des Sciences et Technologies de la Mer organized a demonstration session of the new instrument to monitor and reduce marine litter: the FTIR spectrometer acquired in the framework of the COMMON project for quantitative analysis of microplastics in seawater and biota.

During the event, Professor Sana Ben Ismail presented the new scientific equipment, illustrated its use and analytical capacity, taking the opportunity to raise awareness among participants once again on the problem of waste at sea and on the importance of projects funded by the European Union, such as COMMON, to protect the Mediterranean Sea and its precious biodiversity from the threat of marine litter.

The ceremony took place in the presence of Professor Hechmi Missaoui Director General of the ISSTM and of a delegation of the Agence Nationale de la Promotion de la Recherche Scientifique-ANPR represented by its Director General Pr. Chedly Abdelly and his Secretary General Mr. Sadok Sabri.

COMMON is a project funded by the EU ENI CBC Med Programme, which involves Italy, Lebanon and Tunisia in the reduction of marine litter in 5 pilot areas of the Mediterranean, making use of a participatory approach that involves bodies, institutions, citizens and operators of the sea.