It is an environmental disaster. The oil spill that has flooded southern Mediterranean countries coast with tar in recent days does not yet have a certain source. The problem affects also the southern coasts of Lebanon, impacting the Tyre Coast Nature Reserve, a pilot area of the COMMON project.

Over the weekend, however, thousands of volunteers participated in the cleaning of the reefs and the rescue of animals in distress, including many turtles, and in four hours, three tons of tar were collected in a section of 200 meters long alone. According to experts, it is the worst ecological disaster in recent decades and it will take at least 20 years to restore the previous environmental situation. 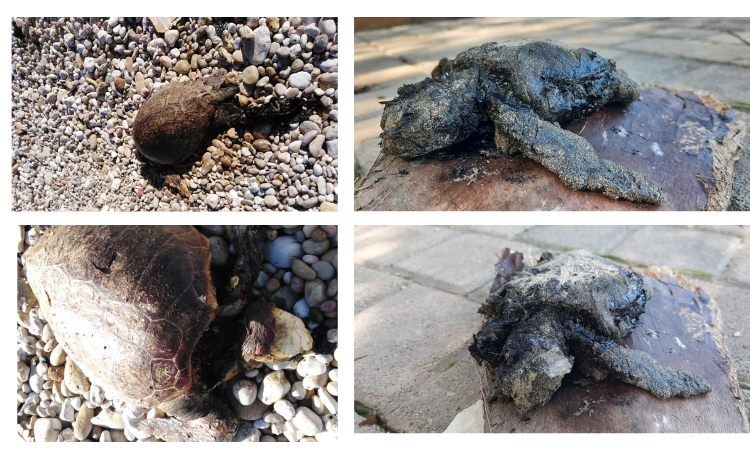 "Yesterday, the Secretary General of CNRS-Lebanon declared in a press conference the preliminary results of the marine and coastal first inspection conducted by the Marine Sciences Center of the CNRS-Lebanon. According to Dr. Mouin Hamze, the oil spill had all spilled off the coast, and none was detected in the sea still, hence, the fish stock and the marine biodiversity is safe for the moment ", says Dr. Nahed Msayleb, Director of Tyre Coast Nature Reserve (TCNR) and COMMON project partner.

"As for the coastal area, especially that of TCNR, it had all been affected by the tar that was brought by the waves and deposited on our beach sand. Yesterday, we launched the tar granules' removal, and the way we did it is with simple sweeping and sieving. I noticed that the smaller particles pass through the sieve openings and stay in the sand, which means that we'll need special equipment or tools to be able to remove it in a neat way, otherwise the particles would seep down the sand and dissipate towards the sea, and with time could disintegrate and cause a real intoxication of the marine environment ". A process showed in this video made by TCNR.

The cause of the catastrophe would be attributable to the spill of crude oil from one or more oil tankers sailing off the Mediterranean, 50 km from the coast. The European Maritime Safety Agency had noticed a suspicious stain and the search for those responsible is now focusing on the available data.