COMMON Project as part of "Mare Magnum Nostrum" exhibition, at the italian National Museum of Ravenna 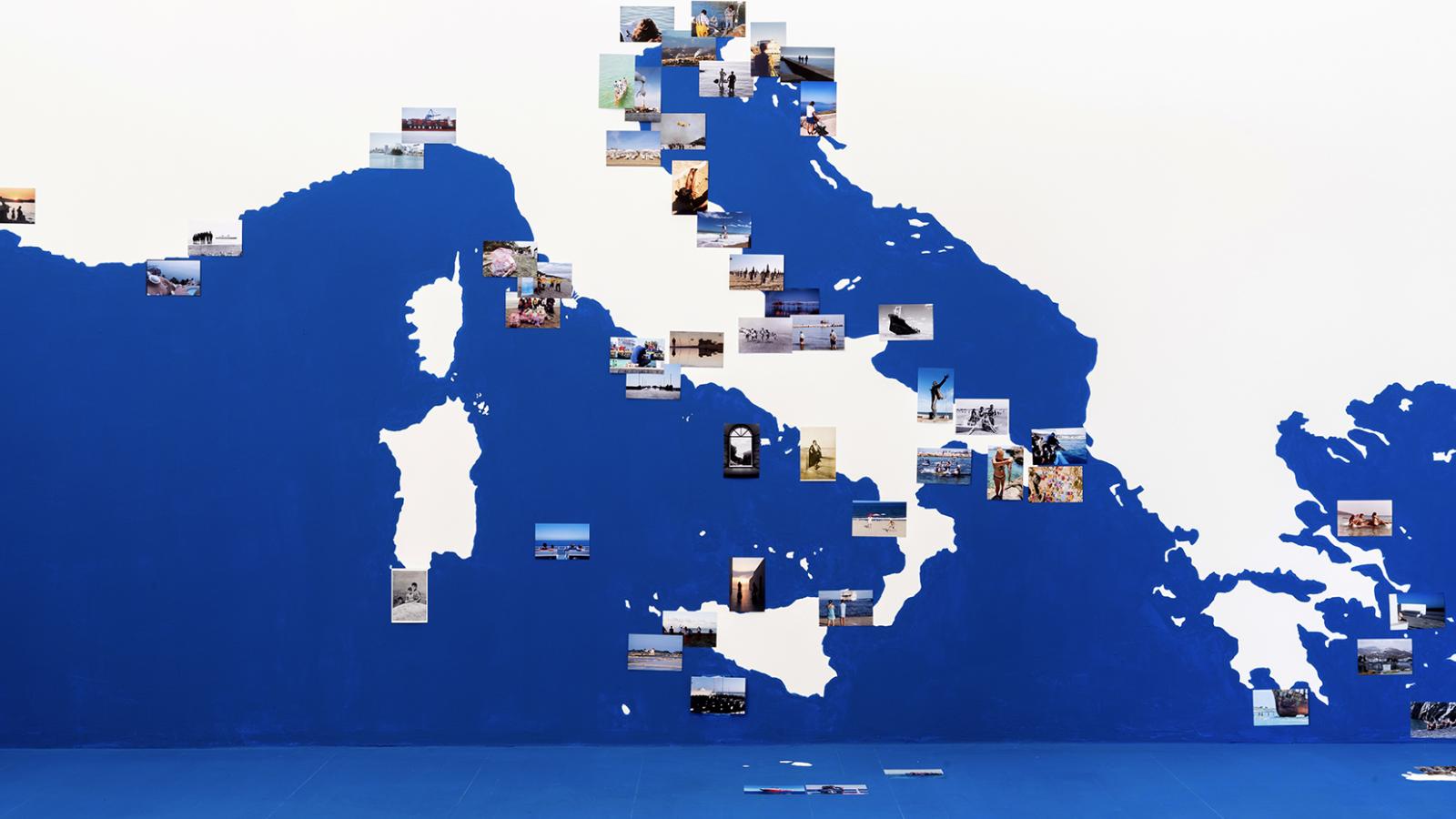 The COMMON project enters the official catalog of the work Mare Magnum Nostrum by the italian artist Gea Casolaro, now in its final phase: the environmental installation that reproduces the image of the Mediterranean Sea and its coasts, that is an immersive environment, in blue color, where the public, ideally being in the “center of the sea”, will be able to observe the mosaic of photographs that compose it. The exhibition, which will be presented in an event open to the public on Thursday 23 September at 6.00 pm, officially becomes part of the Collections of the National Museum of Ravenna, Italy.

The work Mare Magnum Nostrum, created in collaboration with the Academy of Fine Arts of Ravenna, will present a selection of photographs, among the many received through the website, chosen by the artist and set up in a display that will be able to see at the Museum until 31 December 2021. The work composes a mosaic of different collective stories and points of view to read the history of the Mediterranean from the twentieth century to today. The work was born to stimulate reflection on some central issues of our time, such as ecology, the theme of immigration and the encounter between peoples, but also, in a more light and playful way, to investigate, in an almost anthropological, what does the word “Mediterranean” mean in our imagination.

The sea, since ancient times, has been a bearer of life for this geographical area, of the prosperity resulting from trade, of multi-ethnicity - says Emanuela Fiori, Director of the National Museum of Ravenna. It is no coincidence that the port of Ravenna, Classis, was the second port of the important fleet of Augustus, the one destined to cover the eastern Mediterranean. Ravenna was the true gateway to the East for our country thanks to its sea. For this city, water has always played a particular role: it meant life, but also death; it meant industrialization and violence on the landscape, but also the great effort of taming an unhappy nature. And therefore to draw from this act new and further possibilities of life.

Gea Casolaro developed the Mare Magnum Nostrum project starting from these premises. The Mediterranean Sea is today more than ever a symbol of contact and proximity between cultures. Hence the opportunity to rethink the concept of identity, and from here we can start to imagine a different and better future, also and above all for our country.

My project, with the idea of ​​the collective archive, wants to talk about how much we are part of a great existential mare magnum, the variety of which enriches and shapes us - says the artist. The sea is the element of fluidity par excellence, from which all species are born, and its constant coming and going of waves makes the waters come alive, preventing them from becoming stagnant. Here, in my opinion, the flows of people who move are like the waves that prevent water, or companies, from stagnating.

Over the course of a year of work, the project saw the construction of a large digital archive of images of the sea. Thanks to a "call to action" launched last November, to which people from all over Europe and North Africa responded, more than 1500 photographs have been collected capable of telling the sea in all its themes, forms and suggestions.

The exhibition will be accompanied by a book that collects three conversations between the artist and various interlocutors; the first, with Leonardo Regano (curator of the project) and Emanuela Fiori (director of the National Museum of Ravenna); the second, with Michele Colucci (historian), Flore Murard-Yovanovitch (writer and journalist expert in migratory flows), Benedetta Di Loreto (curator and founder of qwatz, contemporary art platform, Rome) on the theme of migration; the third, with Sana Ben Ismaïl (professor of physical oceanography at the Institut National des Sciences et Technologies de la Mer, Tunis) and Nahed Msayleb (Ph.D in sustainable agriculture and director of the Tire Coast Nature Reserve, Lebanon). With these two authors, members of the COMMON project (COastal Management and Monitoring Network for tackling marine litter in the Mediterranian sea) funded by the international cooperation program Eni CBC Med and coordinated by Legambiente, Gea Casolaro will deepen the environmental issues connected with the sea.