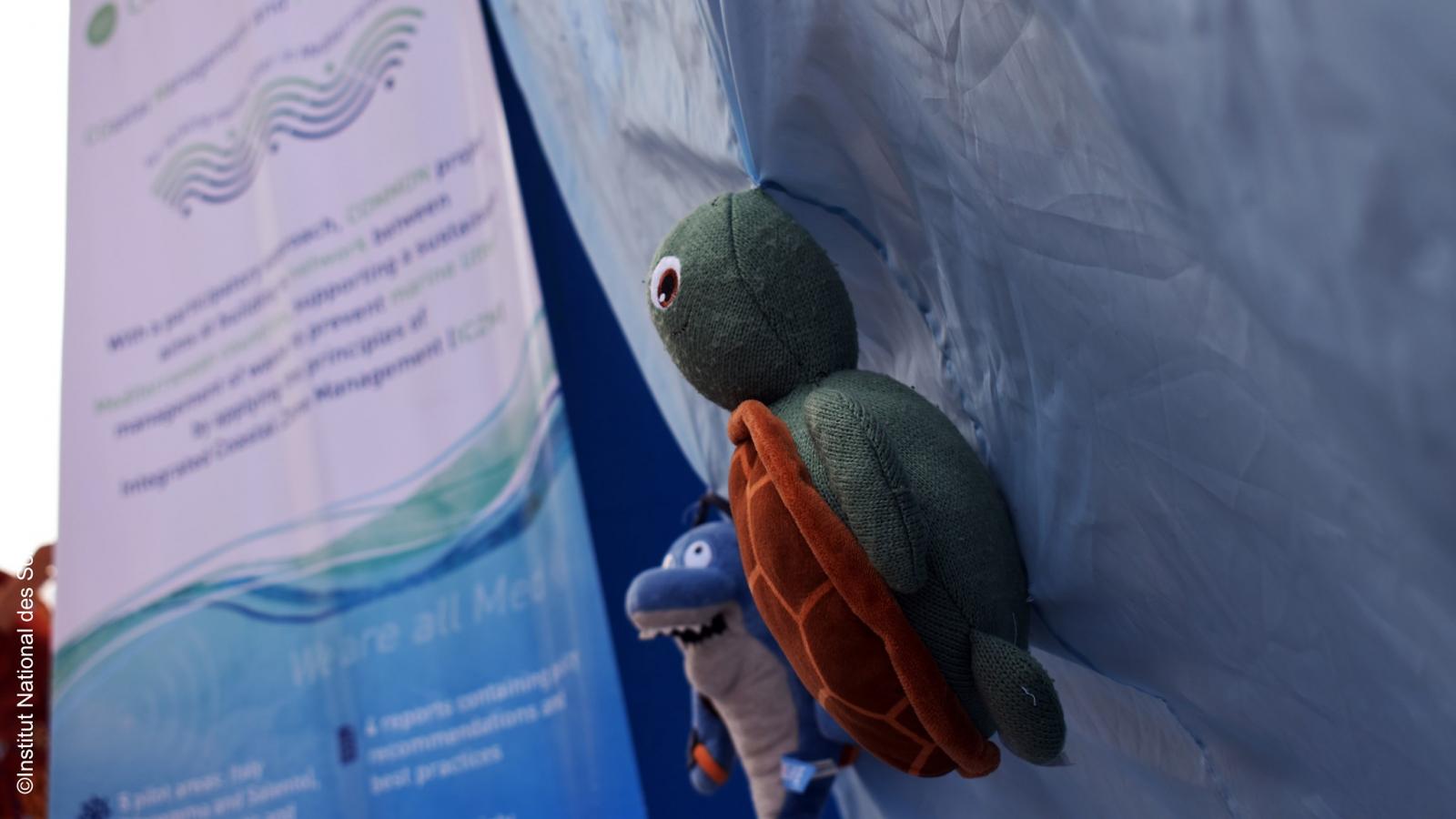 At school against marine litter. The COMMON project, through the team of researchers from the Institut National des Sciences et Technologies de la Mer, has launched a series of training courses aimed at promoting an eco-responsible school model through the training of principals, managers and teachers who work in the schools and colleges of the Monastir area, launching the contest “We Are All Med: schools vs marine litter”. Several schools and colleges joined the contest and AL EMTIEZ college is the winner.

Several works were presented by the schoolchildren: a show on the threats weighing on the sea, a recycled prototype to collect batteries, paintings and many other activities.

"Don't touch our beaches!" is the name of the winner children's show, prepared and presented by the directors and students of the AL EMTIEZ college, in Monastir. A theatrical performance aimed to raise awareness among the future generations and the general public on the problems of marine litter and its impact on humans, on the marine ecosystem and on biodiversity.

Click here to see the video of the work

COMMON (COastal Management and MOnitoring Network for tackling marine litter in Mediterranean Sea) is a European project under ENI CBC Med Programme, which aims at building a collaboration network between Italy, Lebanon and Tunisia to support a correct management of Marine litter. Partners: Legambiente Onlus (Lead Beneficiary) University of Siena, the National Institute of Sciences and Technologies of the Sea of Tunisia, the CIHEAMBari, the NGO Amwaj of the Environment (Lebanon), the University of Sousse and the Tyre Coast Nature Reserve (Lebanon)