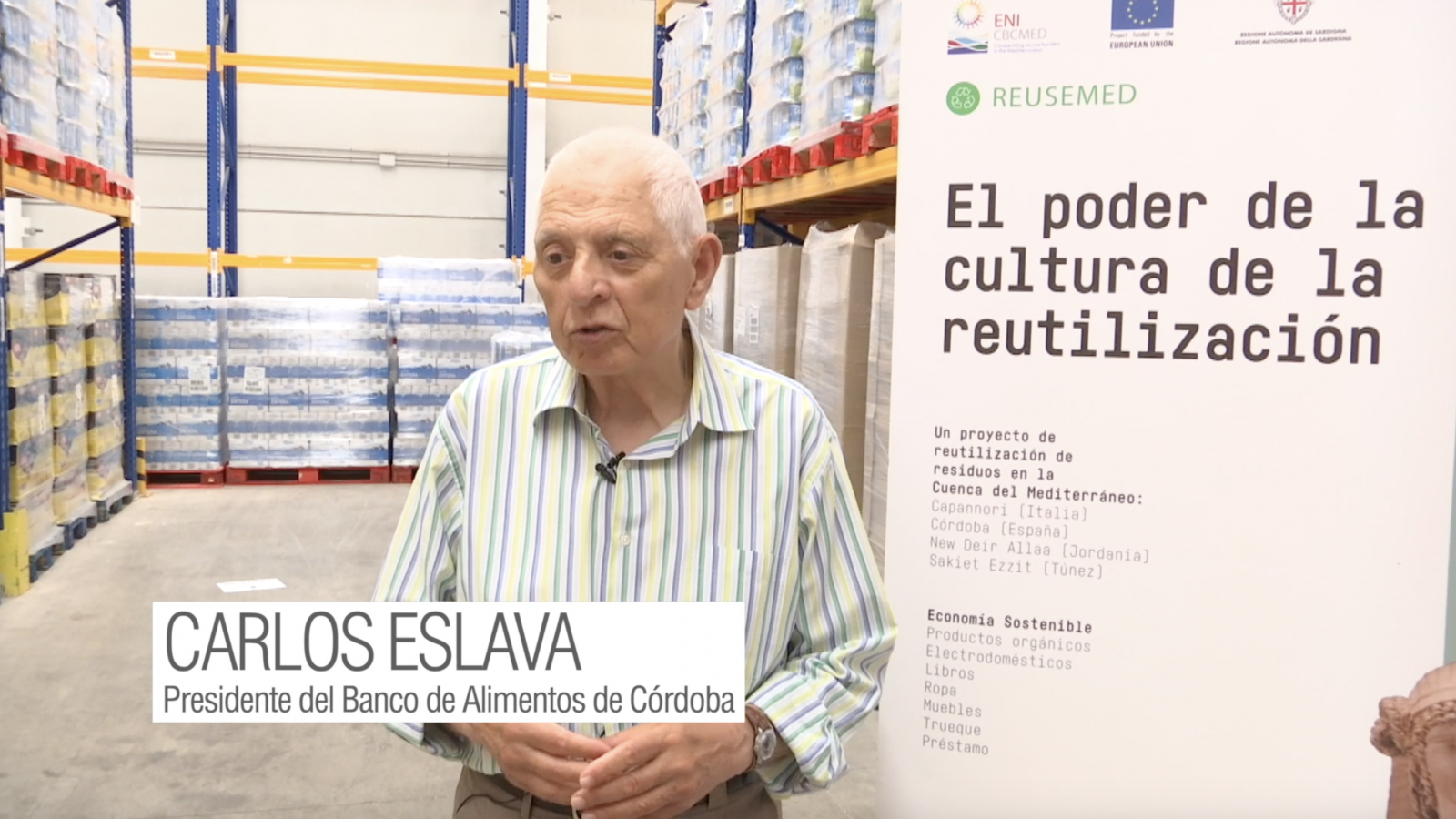 The Municipal Markets of Cordoba (Spain), in collaboration with the city's Food Bank, have installed containers at various locations in the city to make it easier for citizens to donate and reuse basic foodstuffs. The aim of this initiative is to avoid waste and promote the distribution of food among the neediest families. The project has been promoted by the Spanish partner of the REUSEMED project, Sadeco, the municipal sanitation company of Cordoba.

Carlos Eslava, president of the Cordoba Food Bank, explains that his organization "encourages any initiative related to recycling and reuse". The president explains in the following video the various strategies with which they will facilitate the donation of food in the installed containers.

"These containers have been installed in the municipal markets so that people, at all times, can deposit in them the food they want. And so, the Food Bank can stop by from time to time to remove them and classify the food according to categories for subsequent donation to the social entities with which we work," specifies Eslava.