Last November, CROSSDEV organized an informative and promotional event in Umm Qais, northern Jordan, one of the five Hidden Mediterranean destinations developed by the EU-funded project.

In his welcome speech to the students, Dr. Ahmed Freewan, CROSSDEV Project Manager for local partner JUST, presented the project and the work done in the last three years to enhance sustainable tourism practices and emphasize the shared heritage and resources of Umm Qais and its surroundings. Dr. Freewan also highlighted the role of CROSSDEV to boost the competitiveness and attractiveness of lesser-known destinations by adopting the Cultural Routes concept in selected areas of four countries: Lebanon, Italy, Palestine, and Jordan. Lastly, Dr. Freewan spoke about the importance of collaboration among the project’s representatives, the local institutions and the local community members in order to achieve the project goal, which is the promotion of the area’s hidden treasures in order to welcome sustainable tourists and boost local economy.

The students participated in the discussion about the mechanism of developing tourism in Umm Qais, considering that the Umm Qais site, with its heritage, natural features, and involved local community is a suitable environment for conducting studies and tourism development programs. In the end, it was shown how CROSSDEV managed to develop sustainable tourism in Umm Qais and the surrounding areas using a scientific approach. 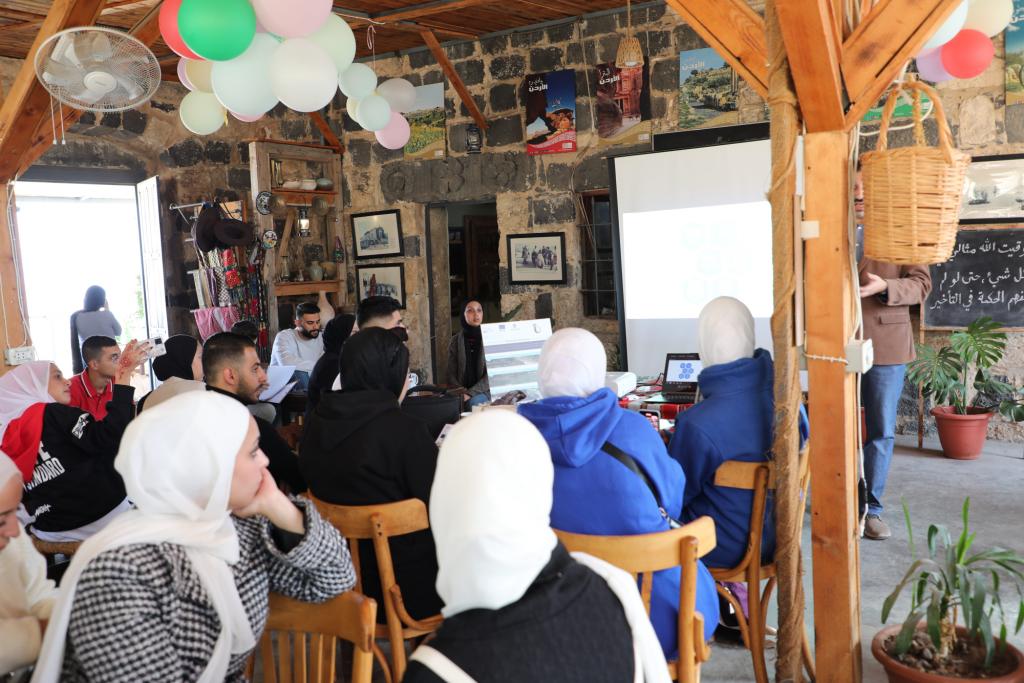 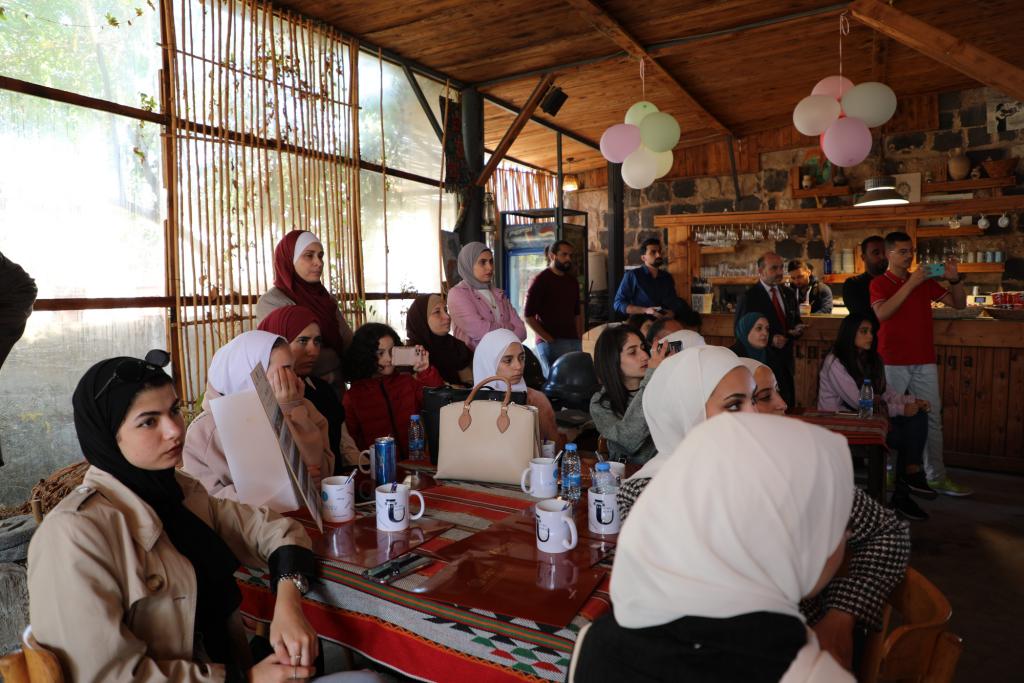 Projects
Back to project