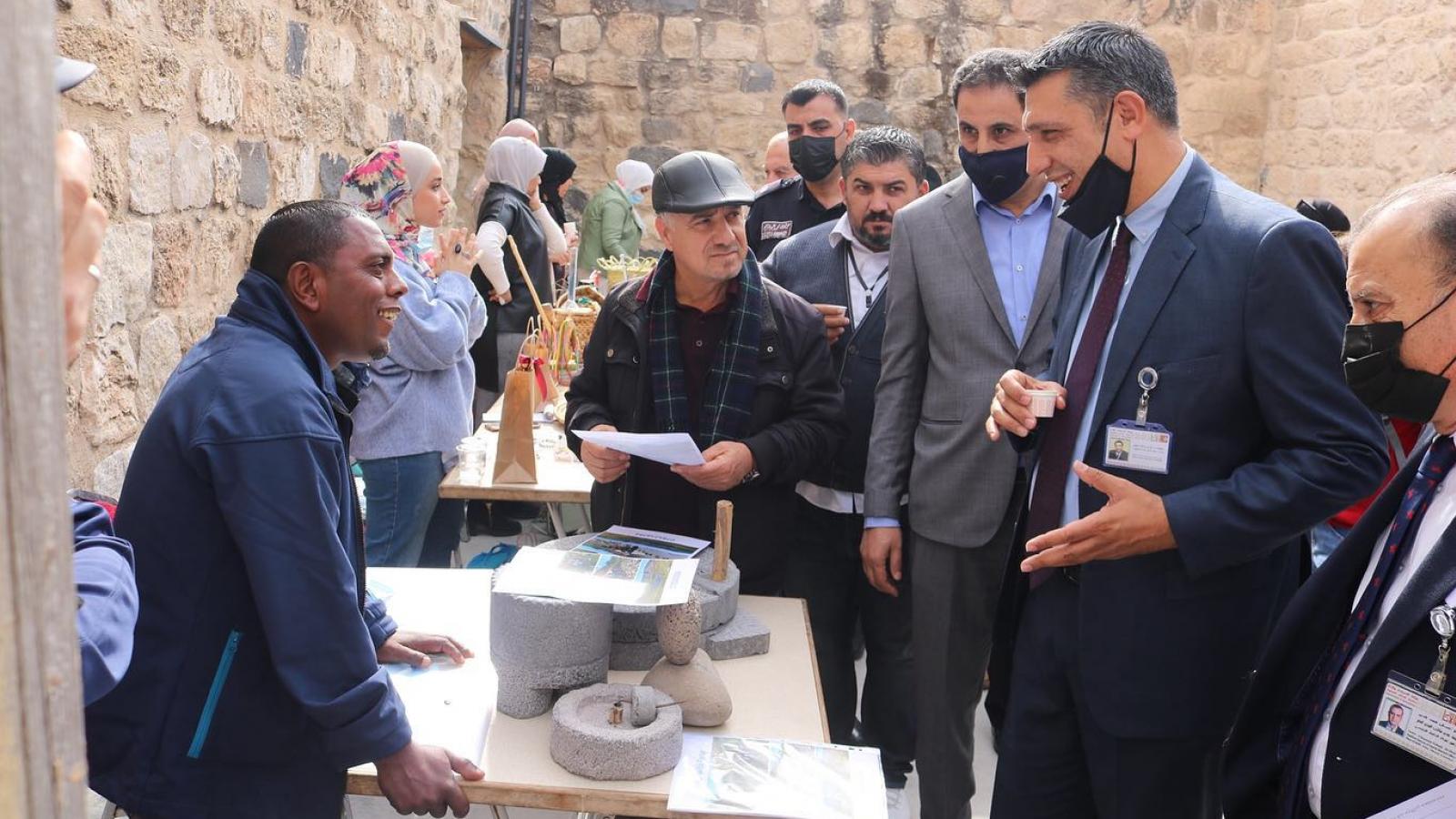 In the rural communities in Jordan, it was not customary for members of the community to sell agricultural or handicraft products to others. Rather, they were offered free of charge as a matter of hospitality and honouring the other, but in the late eighties and nineties there was a change in the view of new sources of income to meet the requirements of life.

The idea of ​​producing and selling handmade products started to some extent restricted to men. Then, with Umm Qais (northern Jordan) becoming an important archaeological and historical site visited by tourists, some locals started to create products to sell to visitors.  At the beginning of the second millennium, the concept of providing services to tourists started to flourish and a larger number of locals created their own business for tourists, providing accommodations, tour guides, home restaurants and traditional handicrafts. When social media boomed, also people from Umm Qais managed to get in touch with tourists around the world, and many more locals seemed interested in establishing an individual project aimed at providing additional tourism services to the people visiting from out of town.

After 2015, such tourist-dedicated products and activities became more specialised, and larger projects appeared, such as hotels and restaurants. Most importantly, women joined the sector becoming professional tourism providers in Umm Qais, and gaining a precious income thanks to the selling of traditional handicrafts or meals.

Finally, being a woman entrepreneur became socially acceptable to members of the community.

Despite such a relevant achievement and undeniable success, what women and small business owners faced so far was the lack of a place to meet directly with the tourists at the archaeological site and to showcase and sell their products.

Since the CROSSDEV project aims to improve tourism services in Umm Qais as well as the economic and social situation of locals through sustainable tourism development, we have been working to address this issue.

The Jordan University of Science and Technology (JUST), local partner of CROSSDEV, is currently working to establish a comprehensive association of all tourist service providers in Umm Qais so to facilitate their access to services, training and financing in the future and to raise the level of services provided to tourists. CROSSDEV’s associated partners have also been involved, including the Department of Antiquities, which not only agreed to the launch of the association, but allocated a place within the Umm Qais’ archeological site for the new association to display and sell their handicrafts and services to tourists directly.

It’s a great success for the project, that can be sure its work will keep being relevant even after the end of the implementation period, and for the locals, that will have more chances to get directly in touch with tourists setting little stalls in the valuable archeological site location.