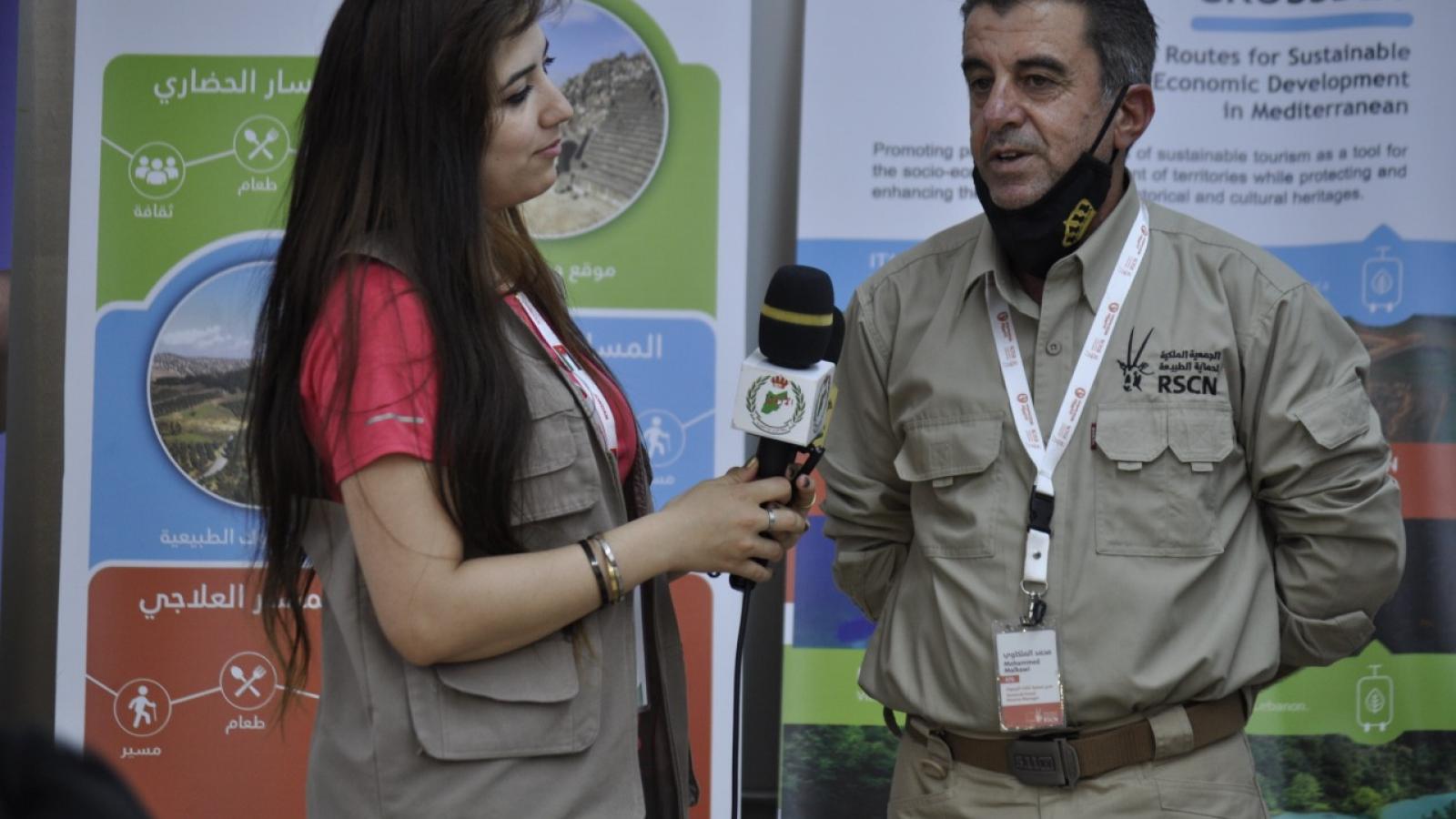 CROSSDEV project aims to promote economic and social development in the Mediterranean region through sustainability in tourism practices. It also aims on focusing on cultural and social heritage alongside shared resources in the targeted areas to increase the competitiveness of tourism products, as well as support regions and destinations that are lacking in terms of the number of tourists and tourism revenues such as rural and remote areas. The project relies on strengthening cultural, social and environmental paths in selected regions from four countries, namely, Italy, Lebanon, Palestine and Jordan. 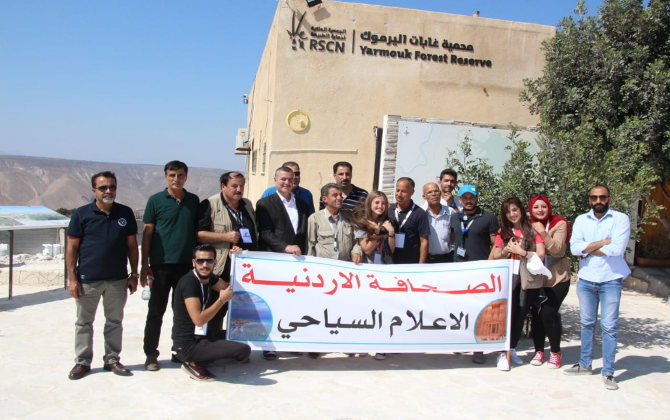 On the 29th of August 2020, a team of 15 journalists were invited by CROSSDEV’s partner JUST to Umm Qais, Irbid province, in the North of Jordan. The objective of the invitation was to present the work done by the project in the targeted area. The journalists were briefed about the archaeological and tourist attractions in the region as well as the aims and objectives of the project. The team visited the archaeological site and the Jordanian Hamma with sulfuric and therapeutic waters; they also visited the bridal pool and the Yarmouk River basin in order to test the paths that were established through the project. 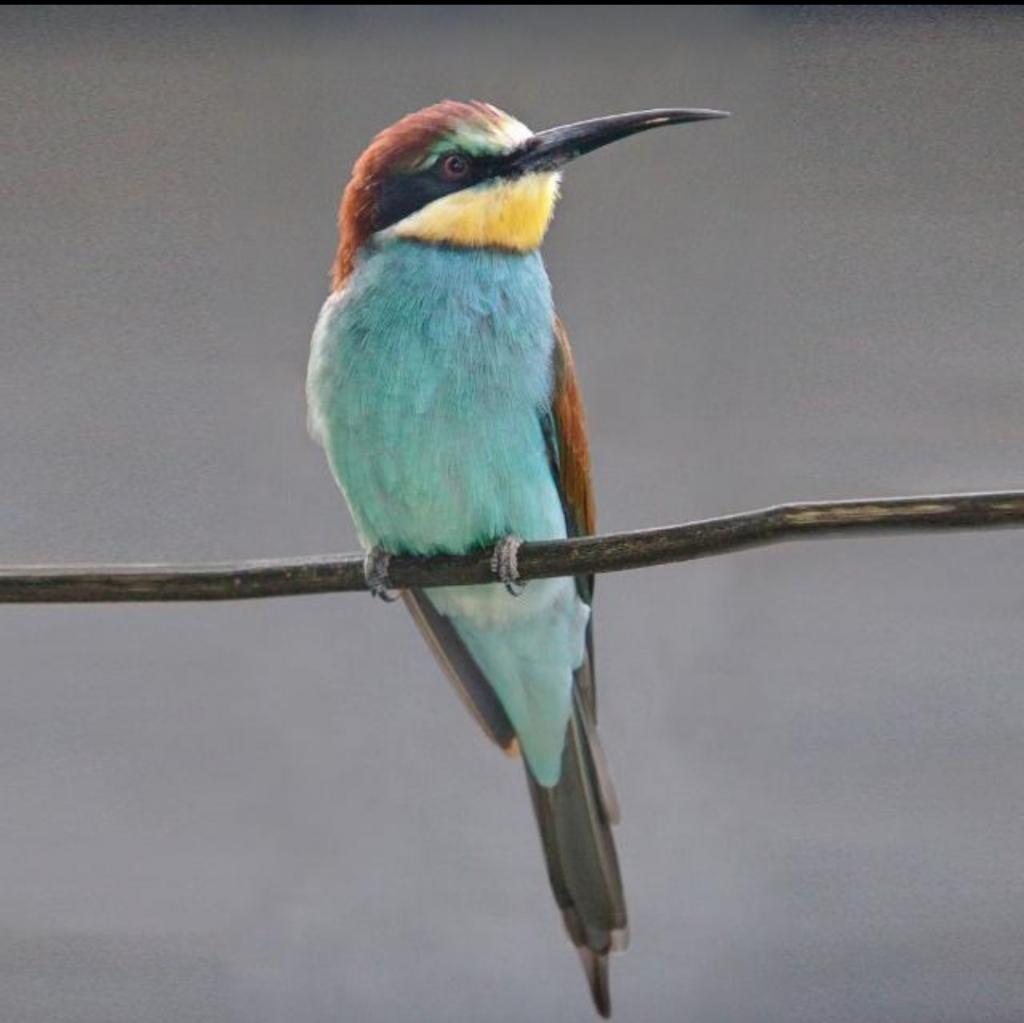 Dr. Ahmed Freewan, project manager for JUST, gave a short presentation of CROSSDEV and stated that the importance of the reserve lies in its location next to the archaeological city of Umm Qais and  its geographical importance, with its view of three countries, namely Syria, Palestine and southern Lebanon. Dr. Ismail Abuamoud pointed that this project is jointly funded by the European Union and has a duration of three years through the European ENI CBC MED Programme, and aims to increase interest in less widespread tourism benefits, claiming the importance of working with local communities and local partners in the tourism sector in order to achieve the project’s goals. 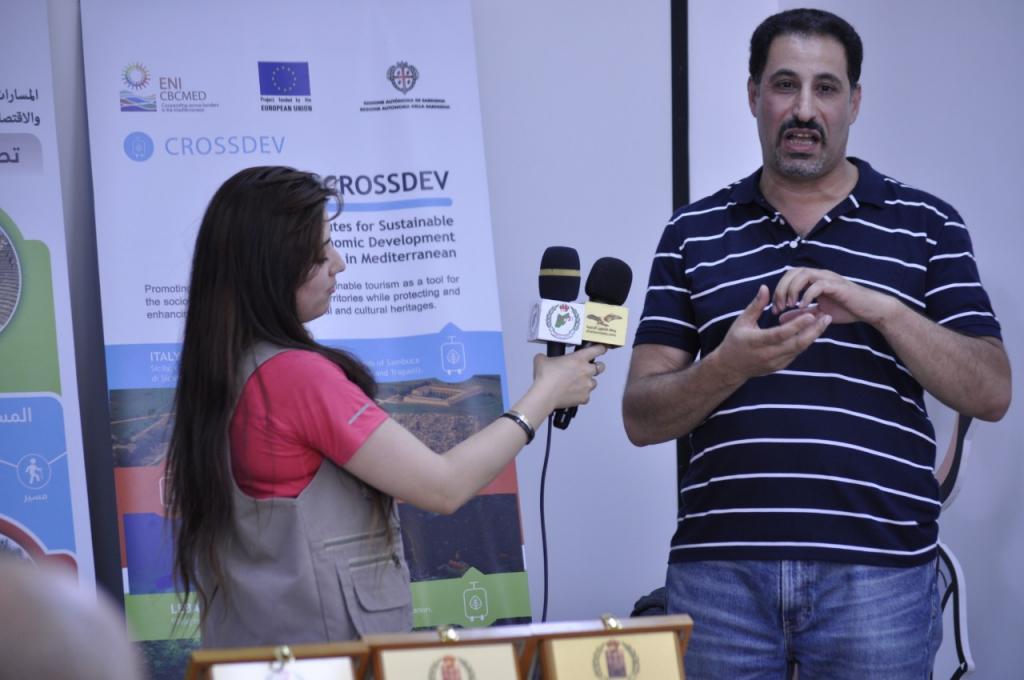 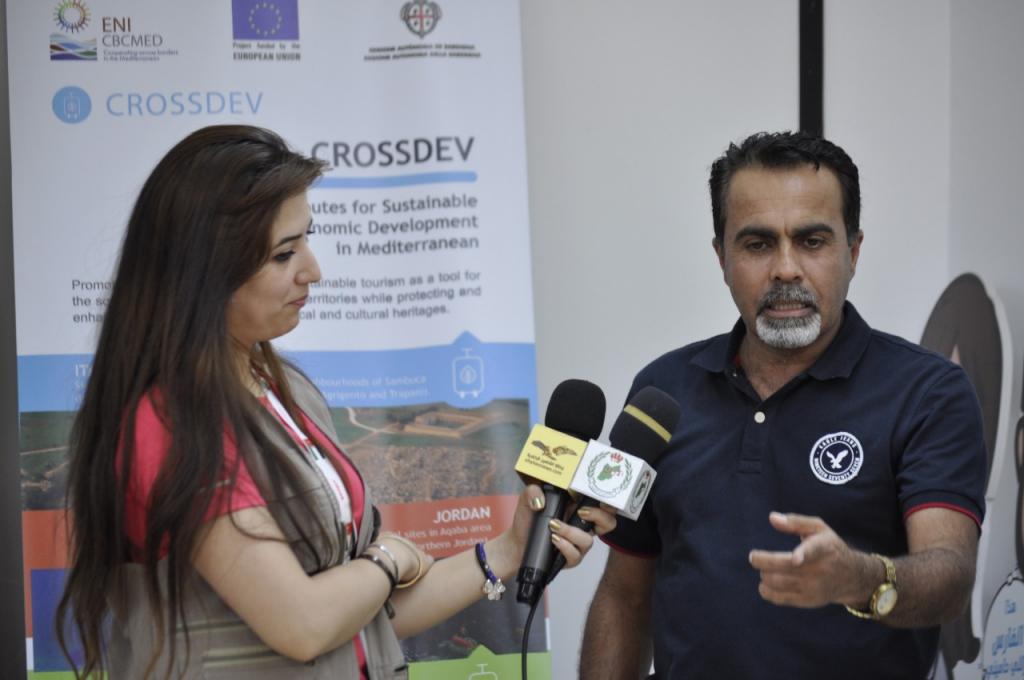 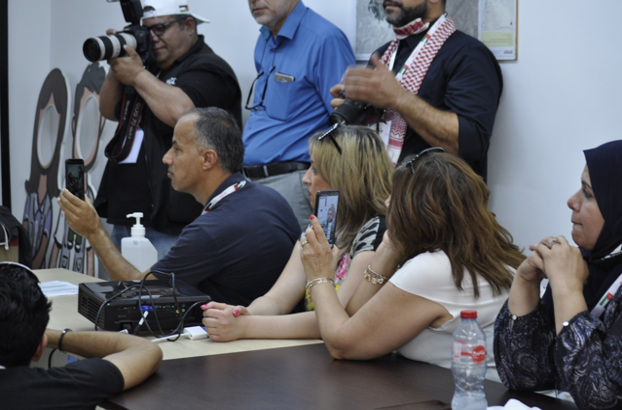 The first stop of the press tour was a visit at the Yarmouk Nature Reserve. The director of the reserve, Mr. Muhammad Al-Malkawi, said that the most prominent animal in the reserve is the rock martin, whose presence indicates the integrity of the ecosystem in the reserve. The reserve is unique in its biological diversity and density of plants, and it is located on the second international migration path for birds. He pointed out the routes that have been established in cooperation with CROSSDEV project team at JUST, which are routes that link the natural reserve with the archaeological site and the therapeutic baths near the area. They then were given a tour around the historical sites (the old city) and met with one of our stakeholders (Al Hara Al Fouqa). After the tour of the historical site, they were then taken to the Jadara Resort (which is one of the stakeholders in the project), where they met Galsoum who is the owner of Galsoums Kitchen (local catering and stakeholder for CROSSDEV project) who had cooked them traditional Arabic foods. After that, the team continued the tour to the hot springs in Al-Hamma. 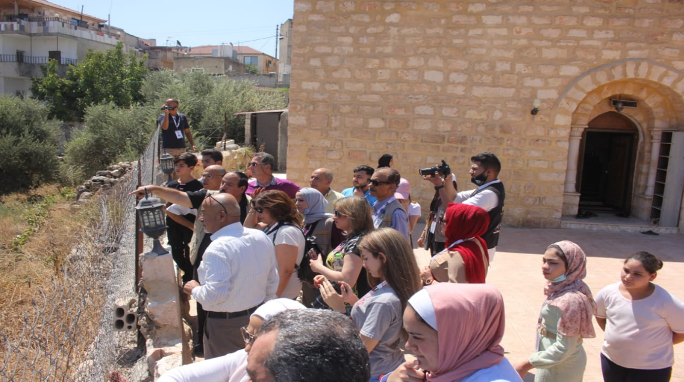 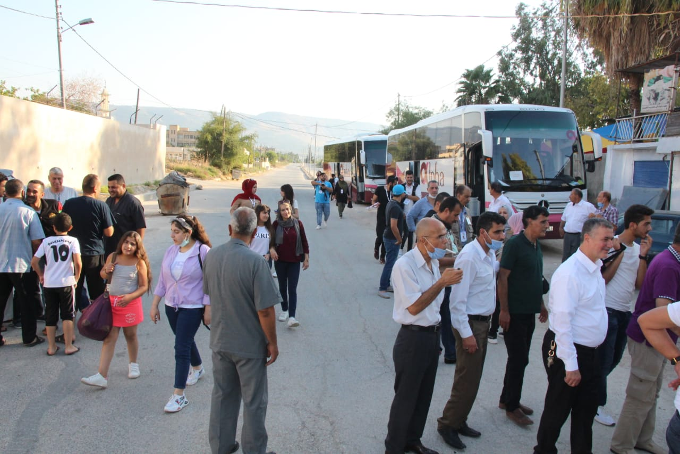 As a result of the tours, a number of news articles were then published by the attendees: Al-Ghad, Al-Falaha Al-Ikhbarieh, Nayrouz, Jawharat Arab News, Saraya News, Oroban News, Oiel Sur le Sud Channel, Al-Taj News, Al-Marfa News, Jordan Zad News, and Rsaifa 24 News. Many of the journalists themselves were very surprised to see the area due to their lack of knowledge of the place. They saw not only the importance of the area but also its potential in terms of the tourism attraction and development.