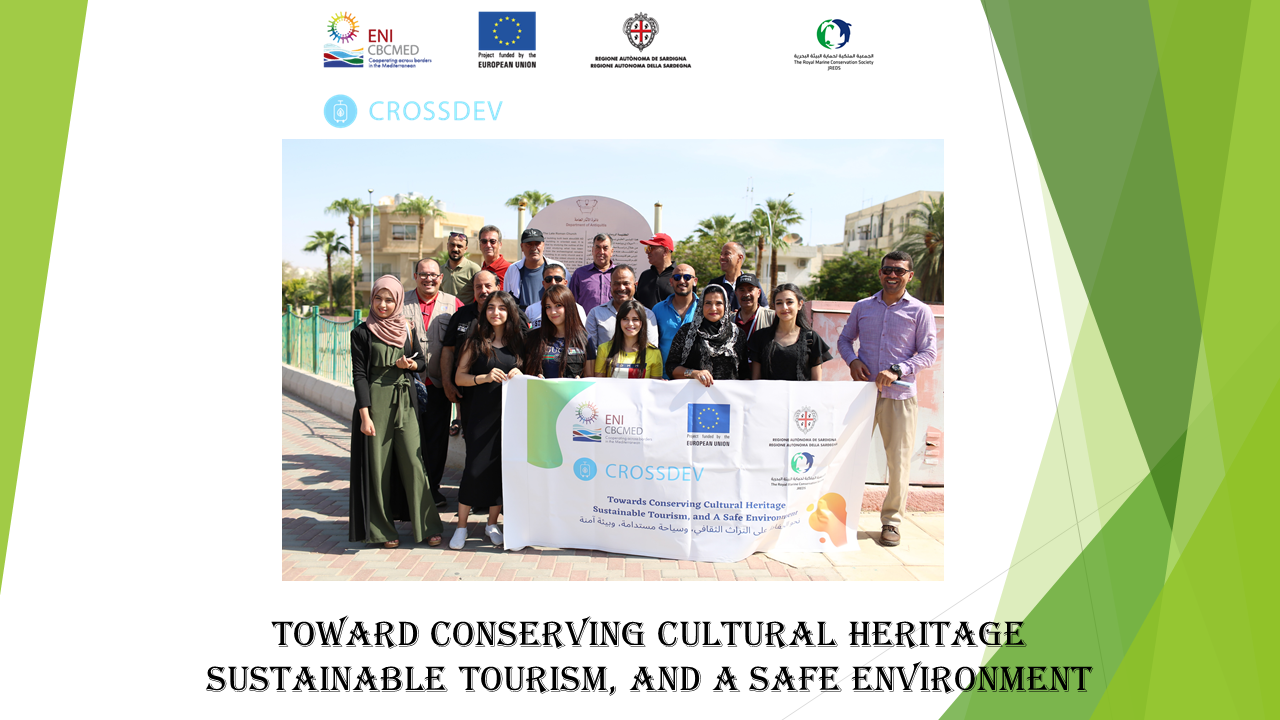 A team of journalists and members of the press will take a field trip to some of the most relevant tourist sites in Jordan on Saturday 5th of September 2020. The tour will include the city of Aqaba, which is one of the destinations involved in the CROSSDEV project thanks to the effort of local partner JREDS, The Royal Marine Conservation Society of Jordan. Approximately 24 journalists will take part in the tour with the aim of spreading news about archeological and touristic sites.

JREDS team will host the journalists for a field tour of the Byzantine Church site and Aqaba Castle.

During the visit, journalists will be briefed in detail about the CROSSDEV project not only in Jordan but also in the other 3 countries of implementation: Italy, Lebanon and Palestine. The tour will help emphasising the role of media in the promotion of the tourist and archaeological sites that are currently less known despite having a huge potential.

During the tour, JREDS team will be joined by a representative of the Department of Antiquities of the Ministry of Tourism and by some local volunteers.

Who: Journalists and members of the press