[CROSSDEV] From a threatened mountain to a thriving protected area: the story of Jabal Moussa in Mount Lebanon 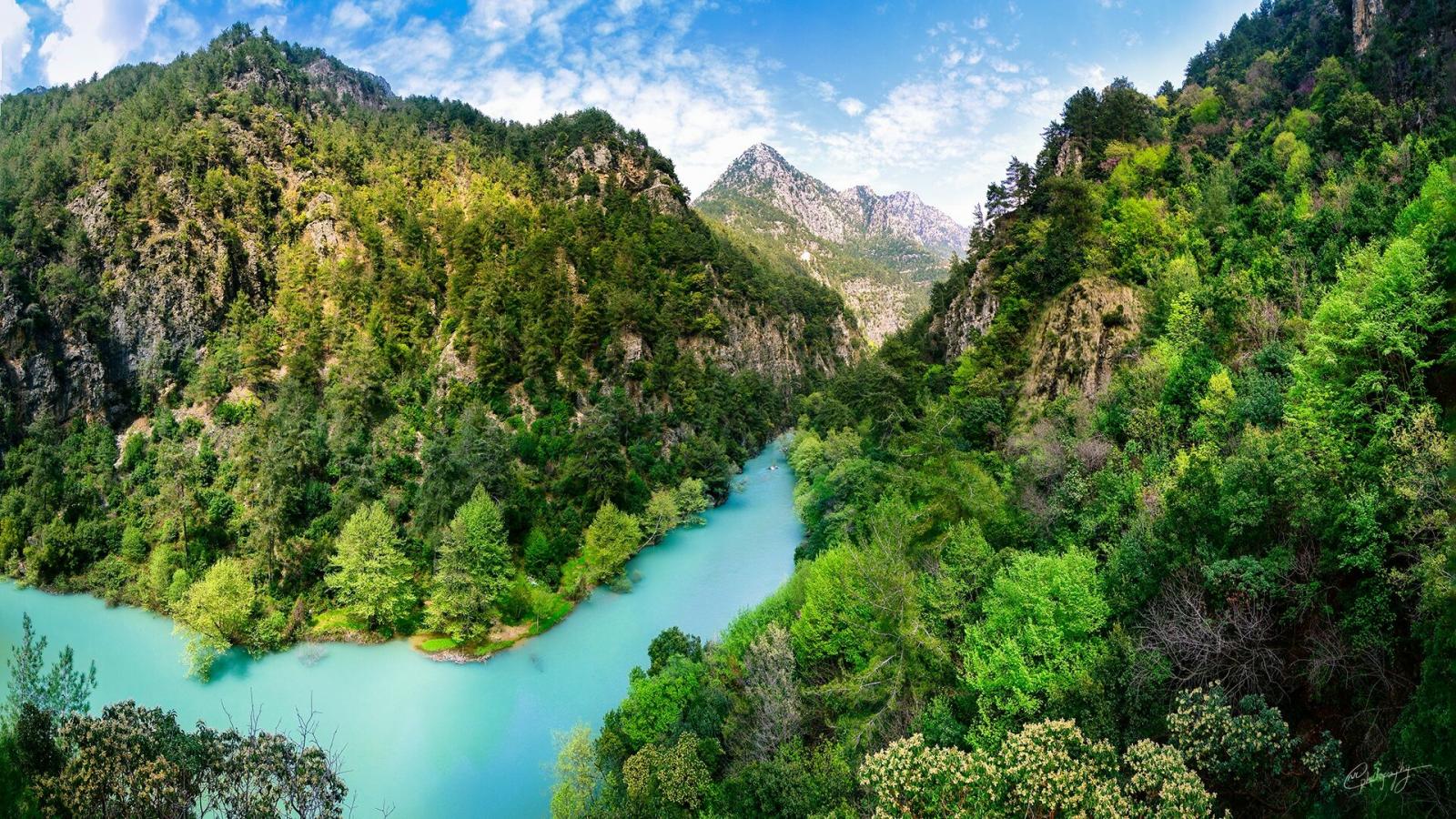 Located on the Eastern shore of the Mediterranean Sea, at the crossroads between three continents – Asia, Europe, and Africa – Lebanon is home for a rich natural, social, and historical diversity. On the western slopes of Mount Lebanon, in the casa of Kesrouane, stands a mountain of 12,5 km2: Jabal Moussa, translated to “Mount of Moses”. Surrounded by villages at its base, Jabal Moussa rises as an isolated massif. In 1861, the French historian Ernest Renan described it in his book “Mission de Phénicie” as the “wildest region” of Lebanon. It is bounded from the North by the Valley of Nahr Ibrahim, seen by Renan as the “most remarkable” area in the country, and historically known as “Adonis river” named after the Phoenician god.

The historical and natural particularities of the mountain did not protect it from threats. Towards the end of the 20th century, the area witnessed the surge of pressures from illegal activities: anarchic road construction, quarrying; hunting; tree-cutting…

In 2007, a group of local nature lovers heard explosions in the mountain and were surprised by an attempt to blast a road in the heart of the mountain, threatening a 2,000-year old Roman path. Together with their urban friends, they took a stand and stopped the aggression, then founded the “Association for the Protection of Jabal Moussa” (APJM), a not-for-profit organization, aiming to conserve the mountain from increasing external threats.

To back its mission with documented arguments for conservation, APJM commissioned targeted studies to experts, and the results exceeded all expectations: Botanists George and Henriette Tohmé rediscovered the Salvia peyronii, a rare plant that was thought to be extinct, and recorded 6 flower species endemic to Jabal Moussa.
On his camera traps, mammalogist Mounir Abi Said photographed a lactating female wolf over two years and recorded more than 20 mammal species ranging from bats to hyenas. Jaakko Kullberg found a new insect species to science in Jabal Moussa and named it after the mountain (Micropterix jabalmoussae).
A Rocha Lebanon, recorded more than 137 migratory and soaring bird species, which led to the designation of the mountain as a Global Important Bird Area (IBA). 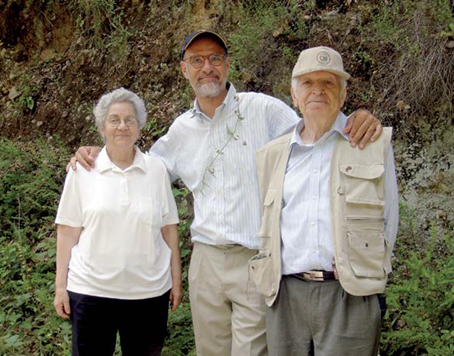 The cultural aspect of the mountain was also tapped. The longest stretch of Roman road in Lebanon was recorded in Jabal Moussa, an abandoned hamlet in the mountain summits was recorded and consolidated under the supervision of architect/archaeologist Yasmine Makaroun. Several Roman “Hadrian’s inscriptions” were found around the mountain and studied by Hani Abdul-Nour.

The natural, cultural and social assets of Jabal Moussa led to its designation with its surrounding villages as a UNESCO Biosphere Reserve (BR) in 2009, under the Man and Biosphere Programme, and afterwards its central area was designated as a Natural site by the Ministry of Environment in 2012.

But the biggest archaeological discovery was the site called “Qornet el Deir”. A few years back, Qornet el Deir (literally translated to “the hill of the monastery”) was a “mystical” yet sacred site to locals. The site witnessed several clandestine attacks by treasure hunters, and most notably massive bulldozing.
Nevertheless, the scattered pottery found on site, the size of the precinct, and the numerous “chambers” within, incited the scientific interest of visiting archaeologists. Excavations done since 2017, led to unexpected results: not only was the site inhabited during Medieval and Roman eras, but its occupation goes back to the Bronze Age (Phoenician) when it was a true settlement for a significant period, and was well interconnected with the Bekaa Valley and the coast! 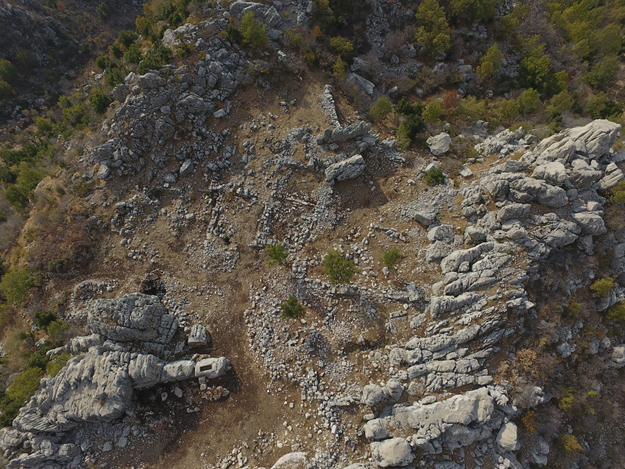 Not far from Qornet ed Deir, and probably strategically linked to it, are the “Roman stairs”, a stretch of Roman road linking the towns of Qehmez and Mchati. Those stairs are the longest and best protected stretch of a larger network of Roman roads that used to link the coast to the Bekaa, built between 64 BC and 249 AC. Despite bearing traces of recent bulldozing, they span over 1,800 m of length and have an impressive width of 2 to 3 meters. The stairs had been used until at least the 1950’s as the main road for locals and people passing by the two towns. Today, it is used as a hiking trail linking two main entrances of Jabal Moussa, and by shepherds during their seasonal transhumance. 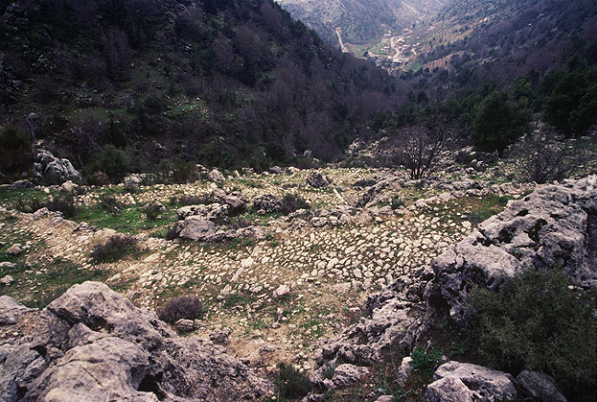 Photo of the winding Roman road, with Mchati town in the background

For those reasons and many more, both sites were selected as an area of interest for CROSSDEV project that aims to link less-known sites around the Mediterranean through cultural routes to achieve sustainable, social, and economic development. Together with surrounding cultural sites along Nahr Ibrahim Valley linked to the Phoenician and Roman heritage, those two sites hold an incredible potential for science and tourism alike.
As part of the CROSSDEV project, the revival of the connection between the sites will be achieved through cultural routes integrating local communities and natural assets. This will be a turning point towards their conservation and their valorisation as touristic destinations further contributing to the development of the surrounding communities!