CROSSDEV in Umm Qais, Jordan: the start of the activities and the consequences of the COVID-19

The Initiation of the CROSSDEV project in Umm Qais took place in October 2019 when the team Jordan University of Science and Technology (JUST) began communicating with partners and small business owners in the tourism sector in Umm Qais. The first meeting was with seven of the key persons in Umm Qais, and it was conducted on November 2nd, 2019. More than 40 participants from Umm Qais attended meetings, interviews and participated in the EXPO conducted in February 29, 2020. Everyone was full of hope and optimism for joint work to achieve the project goals.

In this article, we will focus on the most important activities that have been organized by JUST team in Umm Qais between November 2019 and February 2020. 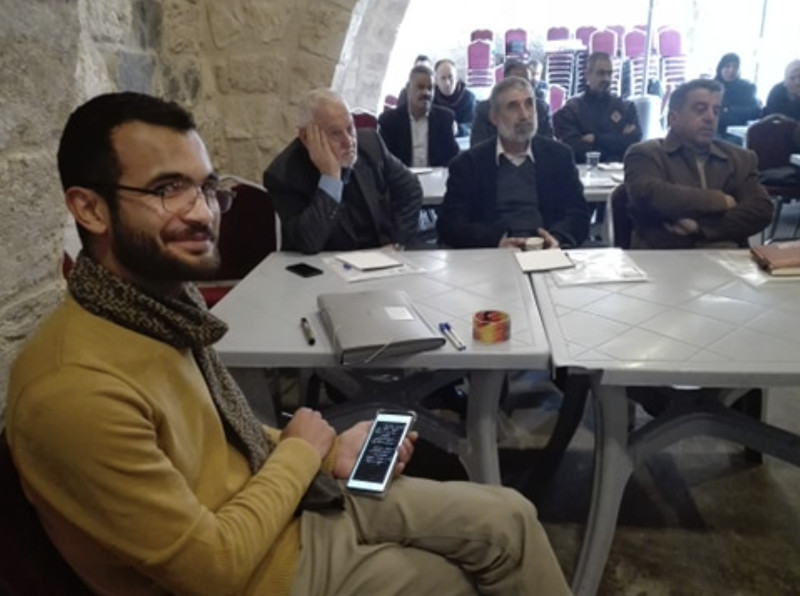 The aim of the meeting was to introduce the goals and objectives of the CROSSDEV project in the targeted area.

The team leader, Dr. Ahmed Freewan, said, “this pioneering project aims to promote economic and social development in the Mediterranean region including Umm Qais and Aqaba in Jordan, Sicily in Italy, Jabal Moussa in Lebanon, and Masar Ibrahim Al- Khalil in Palestine. The is done by promoting sustainability in tourism practices, focusing on cultural and social heritage in addition to shared resources in the targeted areas to increase the competitiveness of tourism products. As well as support the less fortunate regions in terms of the number of tourists and tourism revenue in rural areas”.

Dr. Ismail Abuamoud, the communication manager at JUST team stated that the project will contribute to increasing the attractiveness of the less known tourist destinations and the diversity of tourism products which will increase the number of tourists and will create job opportunities and new partnerships, locally.

The attendees introduced their businesses and they talked about major issues they are facing, as well as success stories, and future plans.

About 20 agreements have been signed between the owners of small projects, and the CROSSDEV/JUST team to cooperate during the project duration where the local small project committed to provide the needed information and the willingness to cooperate with other businesses in the same region. The project team will be committed to provide the required training, marketing, and consultation as well as developing new routes in cooperation with local stakeholders 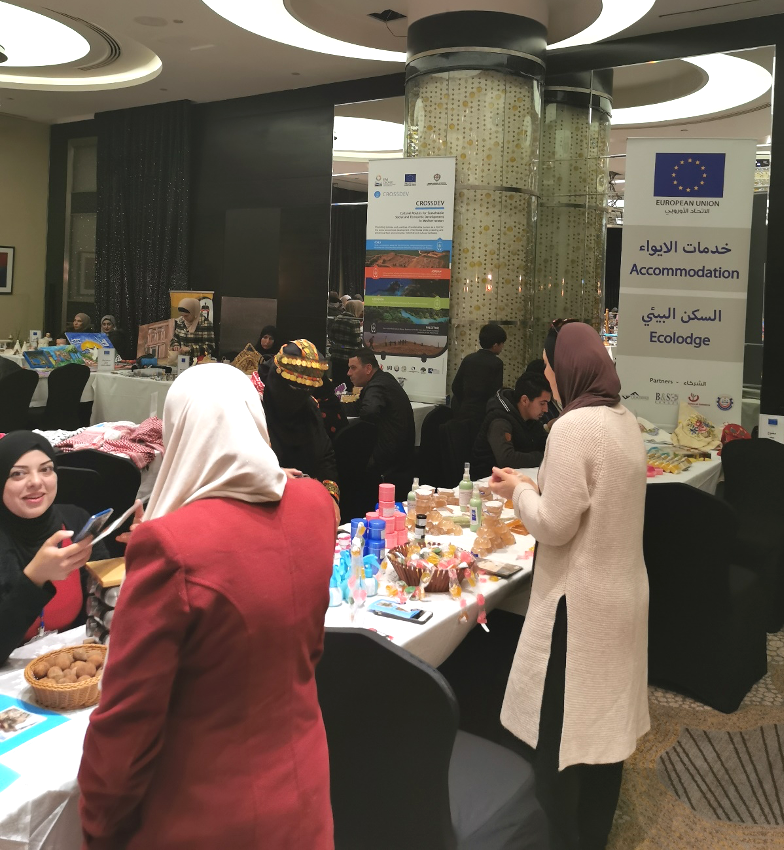 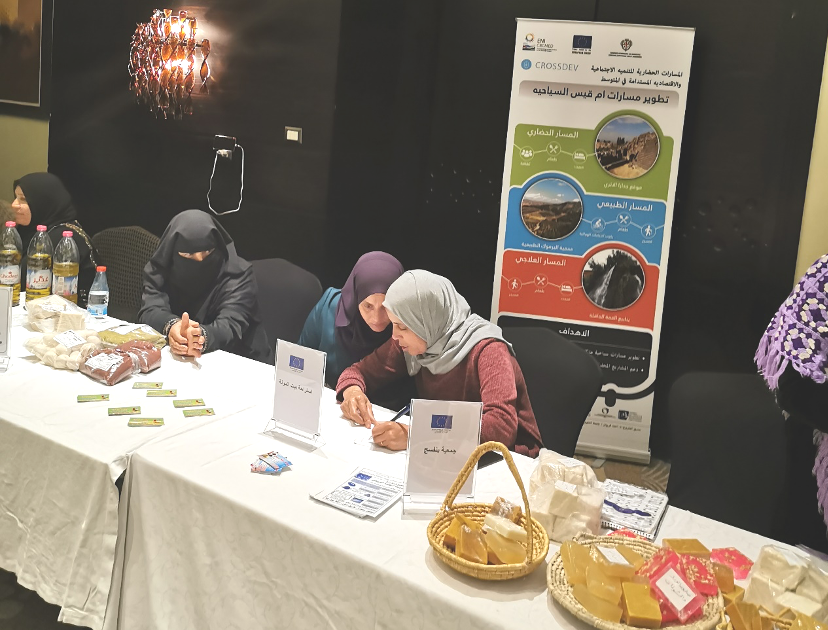 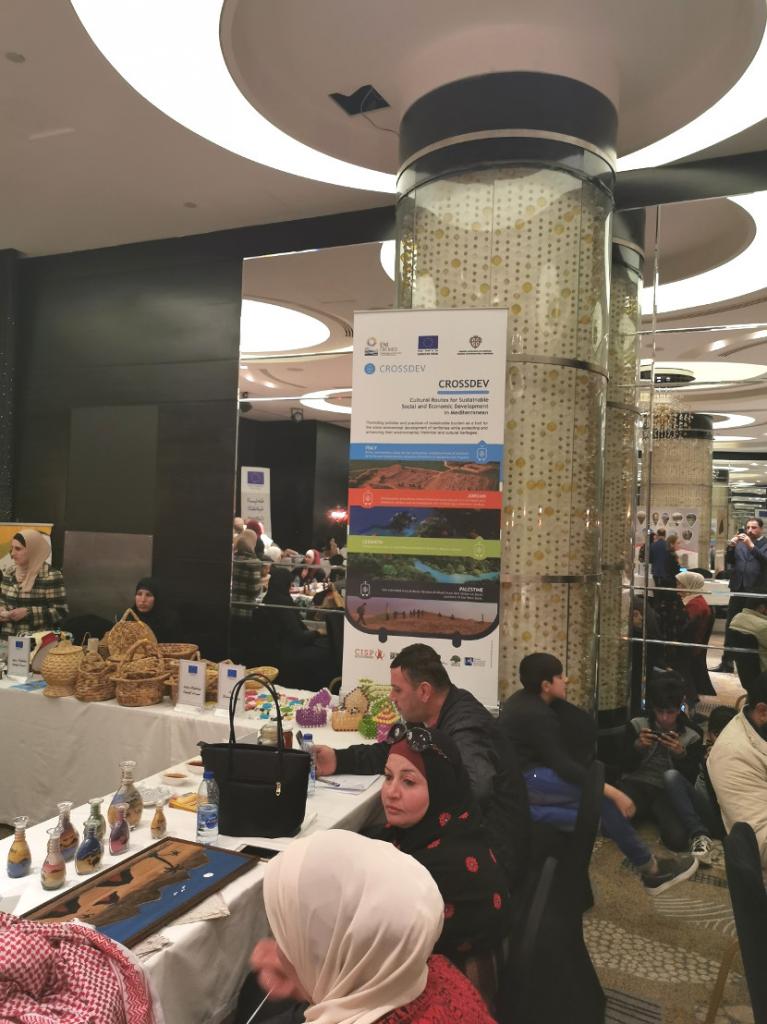 In February 29-2019 the JADE and JUST organized the first Jordanian Tourism Expo (JOTEX) at the Grand Millennium Hotel, Amman - Jordan. JOTEX is the first tourism fair in Jordan and the region to promote inbound tourism, domestic tourism and outbound tourism, as well as to strengthen cooperation among tourism bodies in Jordan and elsewhere in the world. Therefore JOTEX was a good opportunity for CROSSDEV partners from Umm Qais to present their businesses and learn from others experience as an effective networking platform in and out of Jordan.

As a result of COVID19, the pre-planned activities have been modified. The team started using the online meetings as well as working from home like most of the sectors in the world.

The expectations of the growth of tourism in Jordan was about 4% in 2020, however, thousands of workers in the tourism sector found themselves out of work due to the pandemic. According to the UNWTO, the crisis could lead to an annual decline on international tourism of between 60% and 80% when compared with 2019 figures.

In the other hand, The European Commission forecasts that EU GDP contractions of 7.7% in 2020, and expect the economy to heal in 2021 with GDP growth at 6.3%. Which gives hope that the life will returns to tourism again. Through CROSSDEV, we will keep working with our international and domestic partners to achieve the project goals.

As Lopez* said "optimism is only half of hope." While optimism is a general feeling that good things will happen, hope tends to be focused on specific goals.

*PhD, a senior scientist at Gallup and author of the 2013 book "Making Hope Happen".