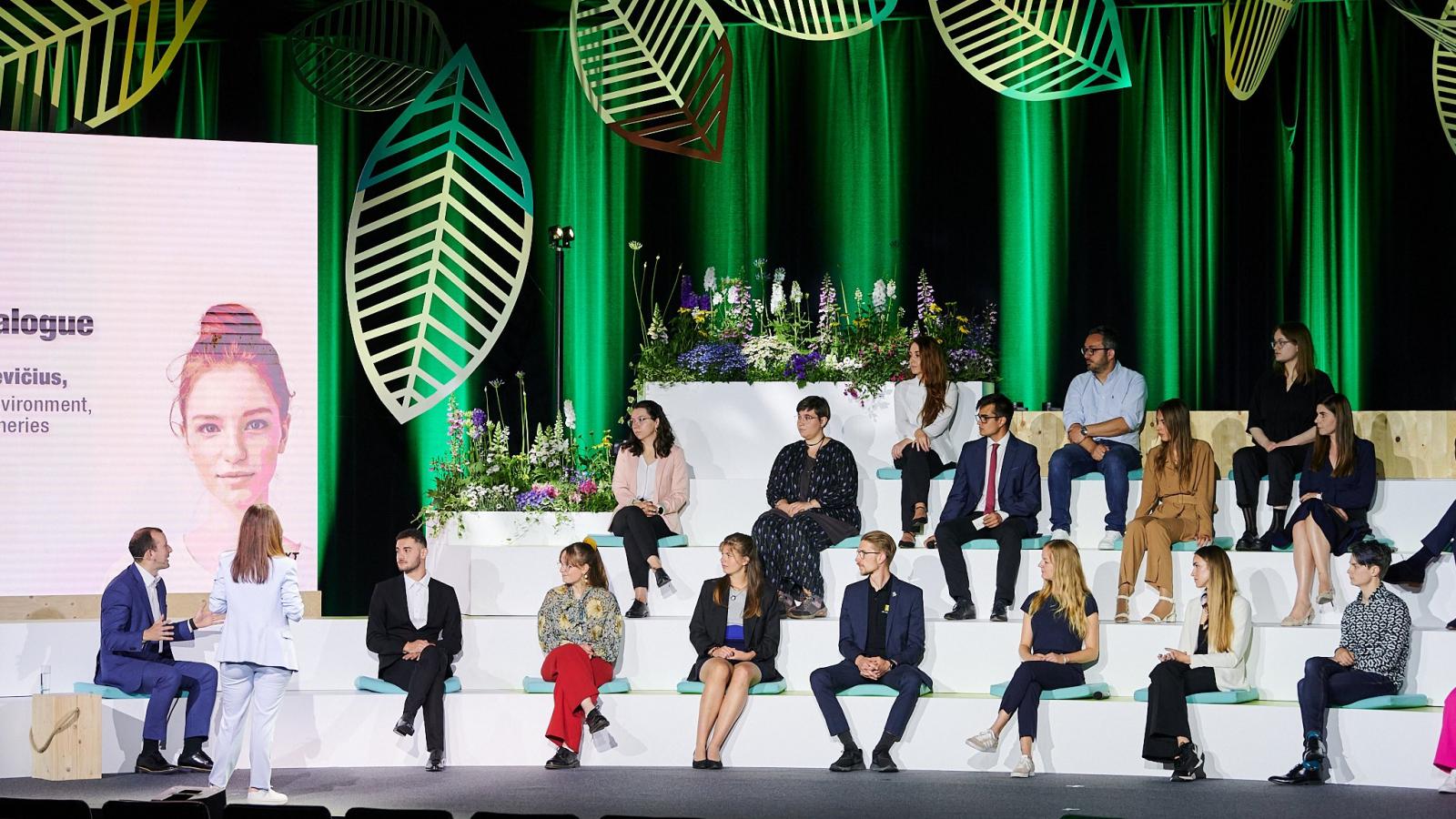 For the second year in a row, the ENI CBC Med Programme had the opportunity to participate in the EU Green Week, Europe’s largest event on the environment. Following last year partner event “Young people as game changers for zero pollution in the Mediterranean” (1 June 2021), ENI CBC Med joined the Youth Dialogue with Virginijus Sinkevičius, European Commissioner for Environment, Oceans and Fisheries held last 30 of May in Brusells to kick off the 2022 EU Greek Week.

Ms. Laura Chillerón Ferrer from Spain, intern at the ENI CBC Med Branch Office in Valencia, was selected together with other 30 young people from all corners of Europe to take part in a debate with Commissioner Sinkevičius to talk about the role of youth in protecting nature and biodiversity and how the EU institutions are acting for a greener Europe. Commissioner Sinkevičius replied to the questions raised by the group of young people on challenges such as biodiversity loss, climate change or pollution, including the question of Laura Chillerón Ferrer. She asked Commissioner Sinkevičius about the phenomenon of desertification – which has increased by 1% each year during the past 50 years – and how we can work together with our Southern Mediterranean Neighbours to better address this issue.

Laura Chilleron asking a question about desertificaiton to Commissioner Sinkevičius

Laura Chilleron also had the opportunity to participate to the closing session of the European Union’s #TheGreenTrack campaign held between March and May 2022 to give visibility to young people engaged in activities in favour of the environment in view of United Nations’ Biodiversity Conference COP15 to be held later this year in China. During a meeting with fellow young Europeans, Laura presented the results and main conclusions of the event “Youth for a greener clothing and fashion industry” organized by the ENI CBC Med Programme on 18 of May and selected a one of 36 stops of the ‘TheGreenTrack’ campaign. 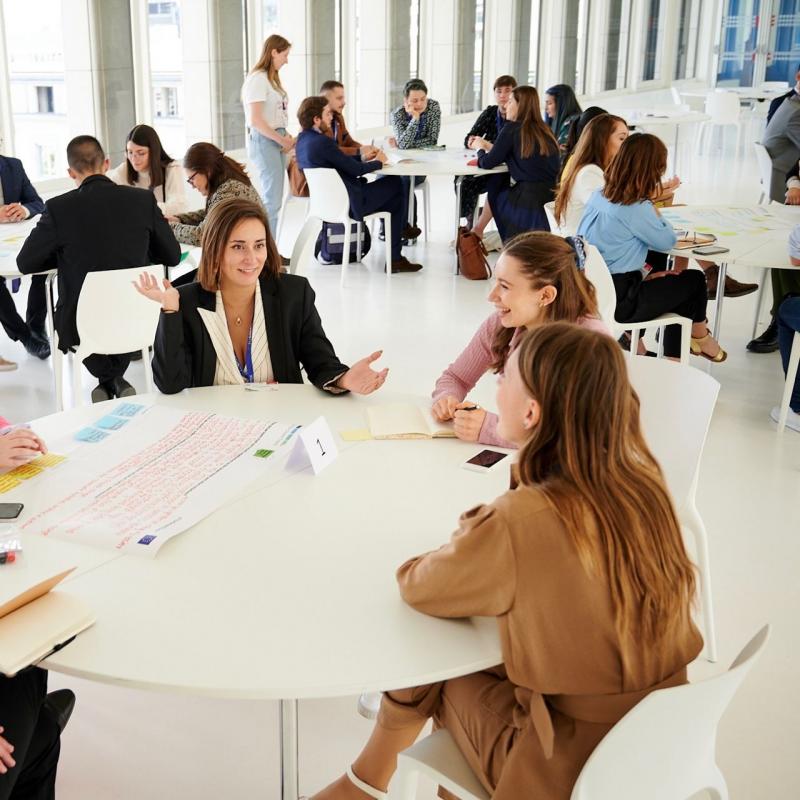 We would like to thank once again European Commission’s Directorate General for Environment for its commitment in making visible the efforts of young people in favour of the environment.

It has been so inspiring to see that so many young people are taking action to restore the nature and biodiversity we lost. We are the future and will soon be the present. Now I know there is hope since all these people believe that a different way of consuming, producing, and living is possible. Thanks to the European Union for encouraging us to keep on working by giving us voice.
Laura Chilleron Ferrer, intern at ENI CBC Med Programme 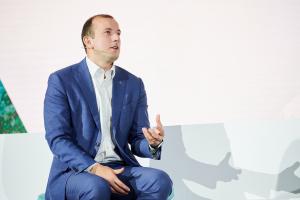 Young people from all over Europe want us to act now. We can’t and won’t let them down! Their future relies on clean air and water, healthy food and a resilient environment and climate. Right now, we are working on all fronts to deliver all that.
Virginijus Sinkevičius, European Commissioner for Environment, Oceans and Fisheries

Watch the replay of the Youth Dialogue here.

Environment
Programme
Back to news