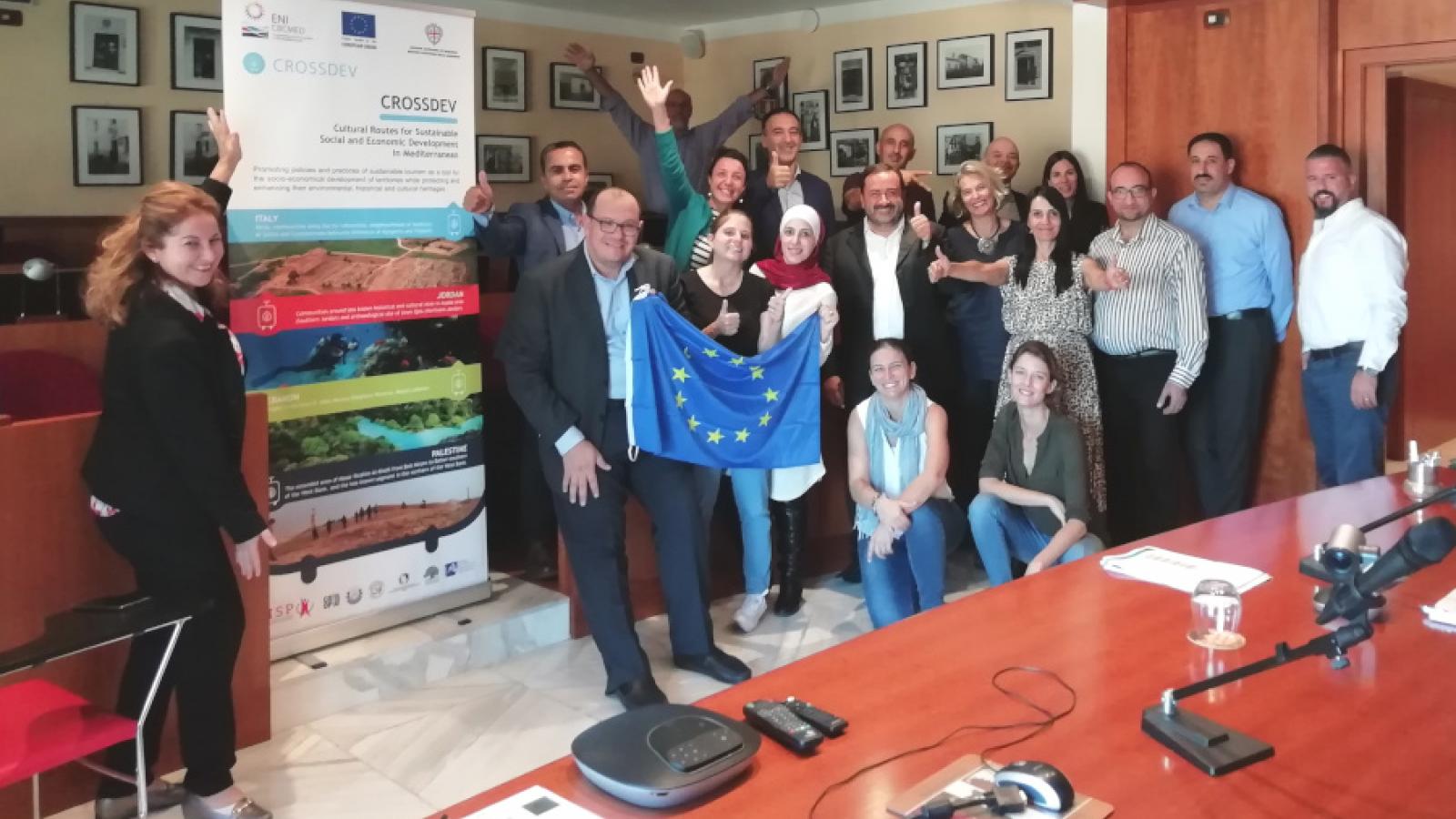 When Ghaida Rahil, MIAK’s Program Manager from Palestine, quoted Henry Ford during her presentation at the CROSSDEV kick-off meeting, the biggest surprise was that of Gianluca Falcitelli, CISP’s Director of the Middle East and Mediterranean Geographic Area.

“I was very impressed – said Gianluca – as I truly believe in that quote and I find myself using it quite often. When a project’s partner uses that very quote, it tells me that we truly are on the same page. A very good beginning, indeed.”

And that was the start.
CROSSDEV held its kick-off meeting in Rome last October, when CISP, the project’s Lead Beneficiary, hosted all six partners for a two-days event: 23 people from Italy, Jordan, Lebanon and Palestine.

“How did we come together? What do we have in common?”- Pierre Doumet, President of APJM from Lebanon, walked straight to the core of the issue, asking everyone to think about it, as the only way for the project to build a clear goal and, ultimately, succeed.

CROSSDEV acronym stands for Cultural Routes for Sustainable Social and economic Development in Mediterranean and having a real impact on local development is the ultimate goal: creating new economic prosperity, promoting social inclusion, and boosting businesses and job opportunities for the locals of the targeted areas. It is all about people.

CROSSDEV areas are in Sicily (Italy), along the Via Selinuntina; in Jordan around the sites of Aqaba (South) and Umm Qais (North); in Lebanon, in the Jabal Moussa Biosphere Reserve; and in Palestine, around the area of the Masar Ibrahim path.
So, what do all these areas have in common? An invaluable archeological, historical heritage; lively local communities rich with fascinating traditions; precious environmental resources to protect and enhance. Those features will become the tools for the socio-economic empowerment of the five areas.

How will we be able to “keeping together”?
Any cooperation project has its challenges, which are indeed part of the thrill of making it happen.

Believing that the whole is greater than the sum of its parts, CROSSDEV commitment is to succeed by highlighting the potentials of each area while also acknowledging what they all have in common.

That is why a tight cooperation has already started with local communities, small businesses, educational institutions and local authorities: all actors are involved to develop new skills, practices and policies about sustainable tourism, which is the tool – we all believe – to boost local economy and social development. The benefit of the locals will eventually lead to the benefit of worldwide travelers.

Conscious tourists will eventually profit of first-rate travelling opportunities in wonderful places that are currently still less known but will one day be part of a new cross-border route.

Beautiful architectural sites dating back to the Phoenician era, the Roman Empire and even the pre-history, unique environmental habitats, ancient communities with century-long traditions: what’s not to love for a tourist that is tired of the old, invasive and disrespectful mass traveling?

During the kick-off meeting CROSSDEV committed to immediately start cooperating with other ENI CBC Med projects focusing on sustainable tourism – MED GAIMS, MED PEARLS and MEDUSA – and invited their project managers to took part in the meeting via Skype introducing themselves and their projects to the partners.
The four of us will work jointly so to commonly achieve the overall goal of promoting and boosting the wonders of the Mediterranean in a sustainable way. 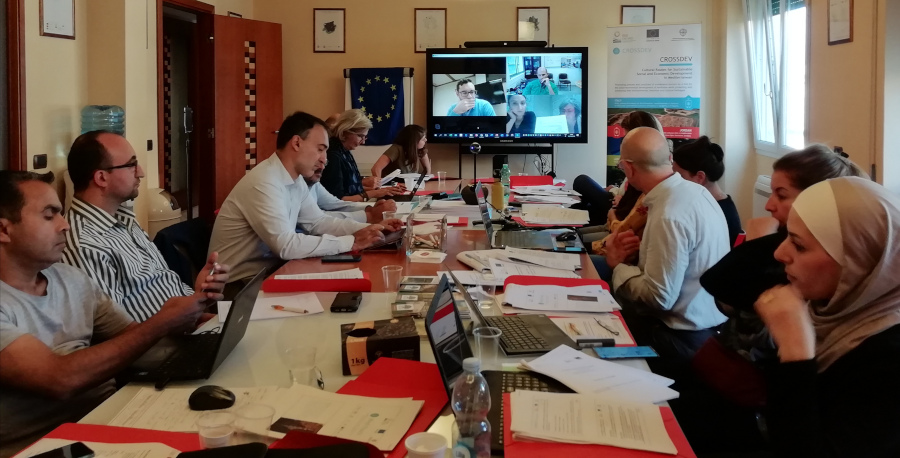 The two-days event, which also included the sharing of delicious traditions among partners – read “lots of sweet treats from all countries” - has ended with a guided visit offered by local partner CoopCulture to one of the Seven Wonders of the World, the Colosseum.