INVESTMED launches workgroup for the mapping of Mediterranean entrepreneurship ecosystems in the green, blue and creative economic sectors 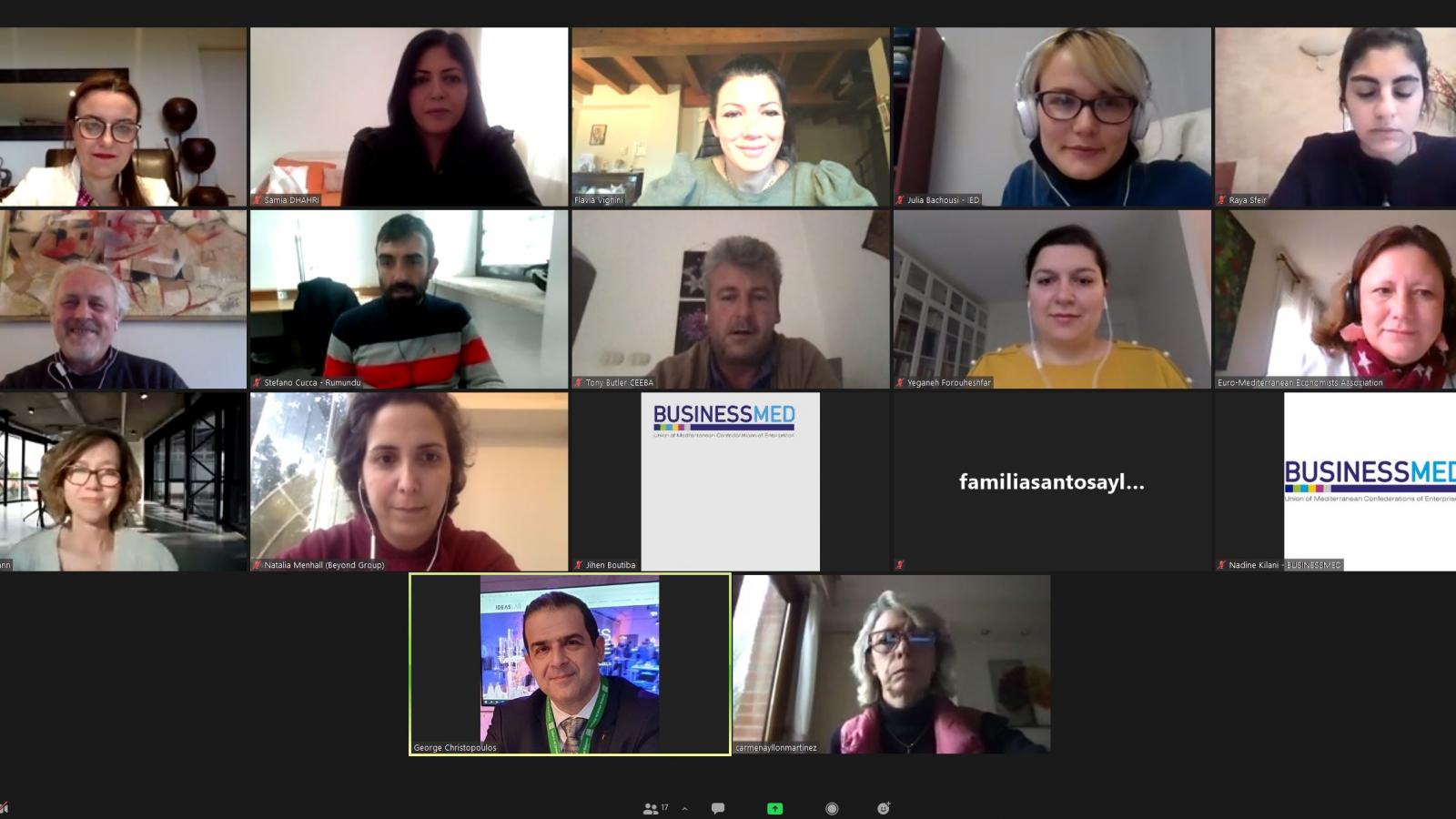 The mapping of the entrepreneurship ecosystems of the green, blue and creative economic sectors of three Mediterranean countries, i.e. Egypt, Lebanon and Tunisia, has been launched by the INVESTMED project.  On Tuesday 09 February 2021, 16 experts of the Technical Subgroup on mapping and training of the INVESTMED Project discussed the  scope of the mapping process during an online meeting. The mapping process is led by Euro-Mediterranean Economists Association (EMEA) in collaboration with the partners of INVESTMED.

The INVESTMED project is co-funded by the European Union under the ENI CBC Mediterranean Sea Basin Programme 2014-2020. INVESTMED will have an impact on MSMEs, start-ups and recently established enterprises where staff will be trained and coached to become more sustainable and competitive and financially supported via an open competition. INVESTMED has a duration of 30 months, with a total budget of 3.8 Million euro, of which 3.4 Million euro are funded by the European Union (90%).