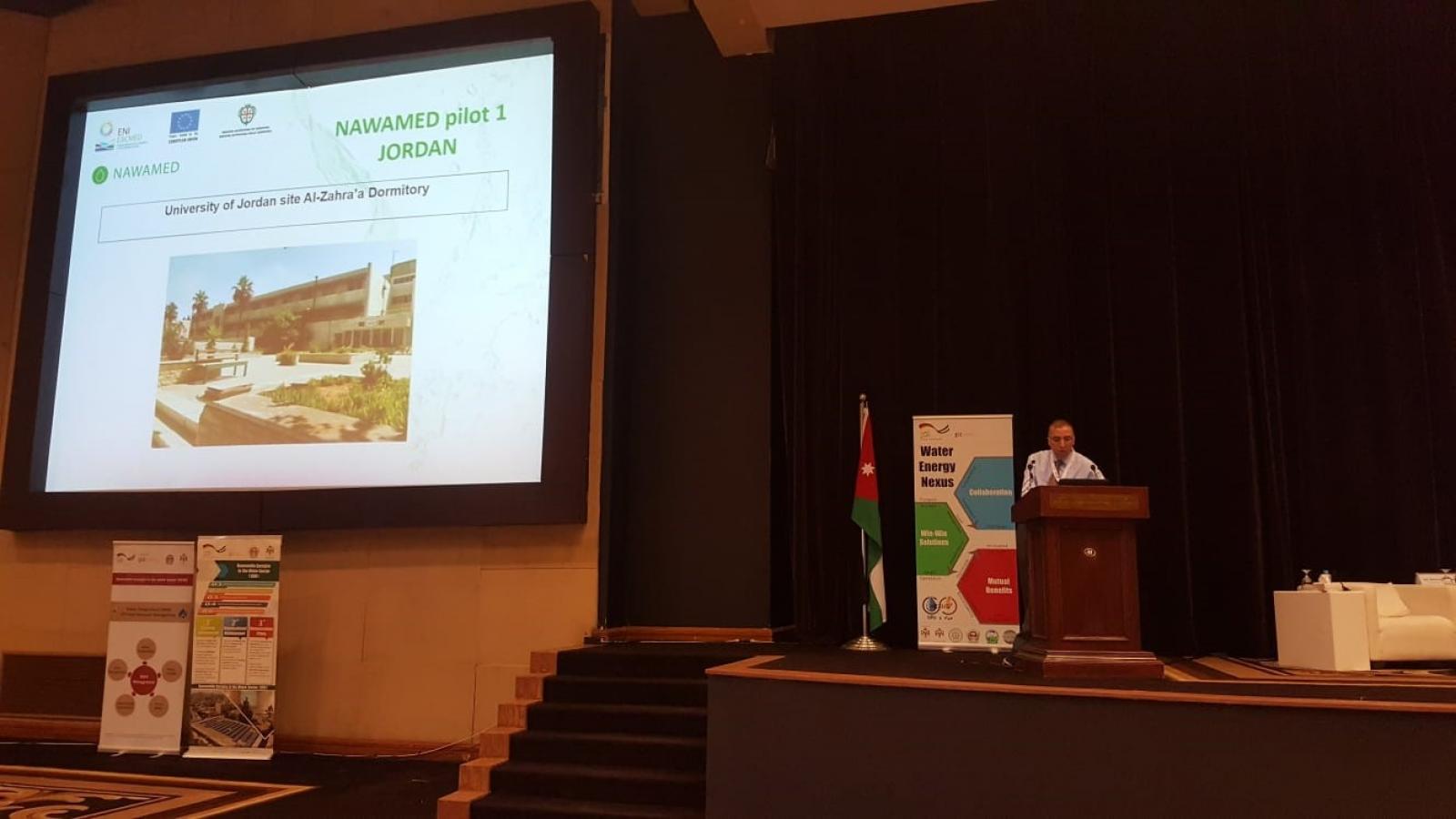 The 2nd National conference on “Water-Energy Nexus” was held during September 15-16, 2021 in Hilton Dead Sea Resort – Jordan, under the patronage of the Prime Minister of the Hashemite Kingdom of Jordan, H.E. Dr. Bisher Al-Khasawneh.

The conference was organized by the University of Jordan in cooperation with the Water Authority of Jordan (WAJ) - Ministry of Water and Irrigation (MWI) and the German Agency for International Cooperation (GIZ). The conference gathered European experts and national representatives from academia, industry, civil society, public authorities, research centers to explore and discuss opportunities and strengths related to water energy nexus in Jordan.

The purpose of the conference was to stimulate dialogue between energy and water sectors in Jordan and transfer best practices and expertise from Europe to Jordan. 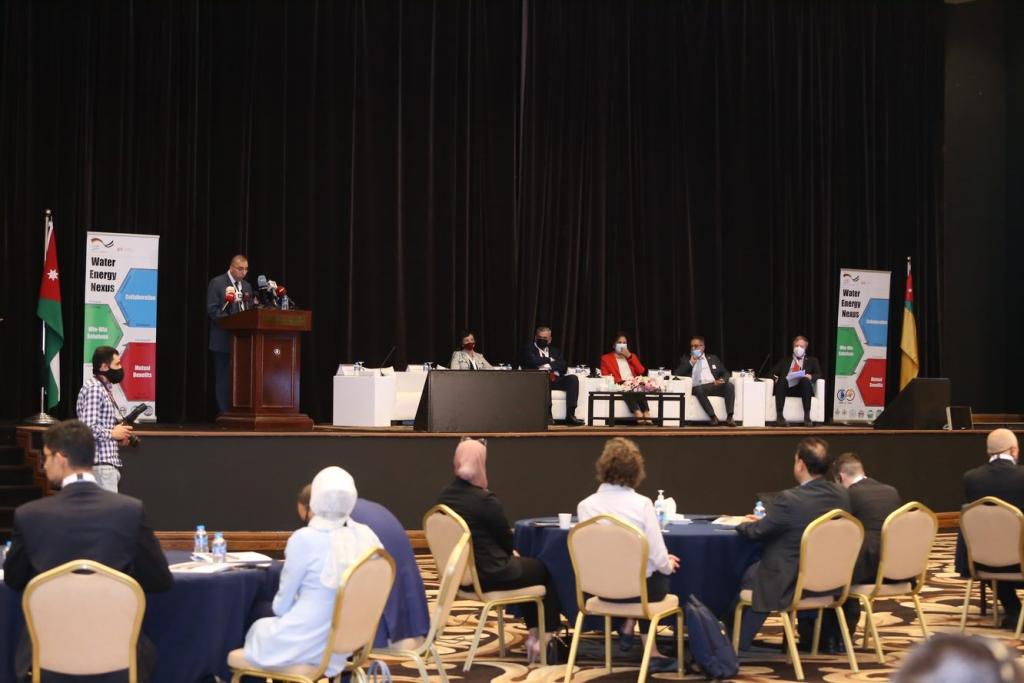 The conference opening ceremony took place in the morning and included a welcome speech from H.E. Eng. Hala Zawati, Minister of Energy and Mineral Resources, where Her Excellency spoke about the energy strategy and the mechanism for implementing the energy strategy, as she mentioned that 25% of the electricity generated in Jordan comes from renewable sources. Her Excellency also stressed the importance of cooperation between the energy and water sectors. Also, the Secretary-General of the Ministry of Water and Irrigation, Engineer Jihad Mahamid, on behalf of the Minister of Water and Irrigation, gave a presentation on the water situation in Jordan and the challenges facing the water sector.

Engineer Jihad Mahamid mentioned the issue of the high energy bill, which consumes about 50% of the revenues of the Ministry of Water.

A presentation to increase the awareness on "Nature Based Solutions for Domestic Water Reuse" was delivered by Prof. Ahmed Al-Salaymeh, NAWAMED project coordinator at UJ.

Participants from different sectors praised the importance of supporting such projects in light of the water situation in Jordan.

The roll-up of NAWAMED project was installed in the conference room and dissemination materials of NAWAMED were distributed to the participants. 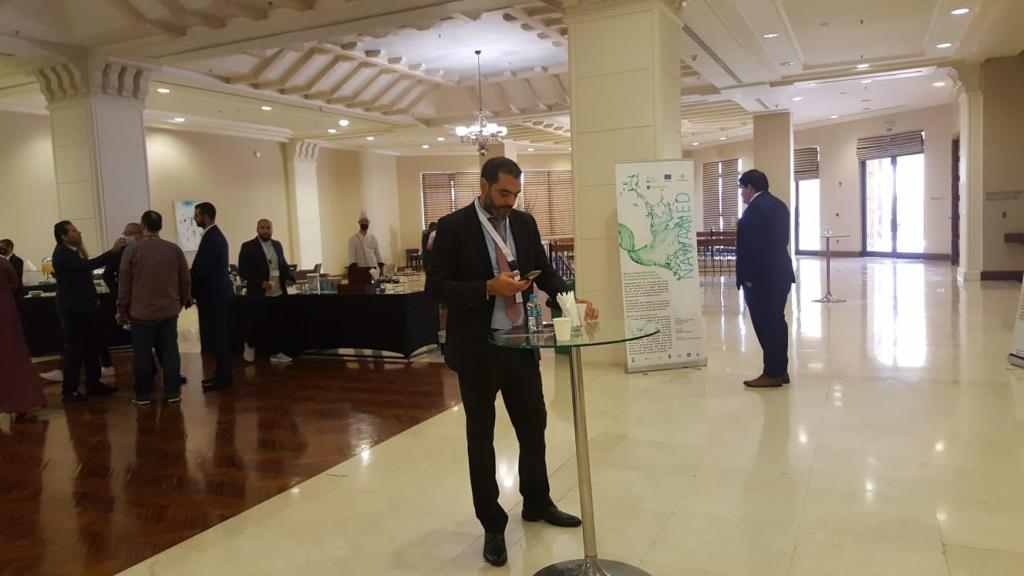