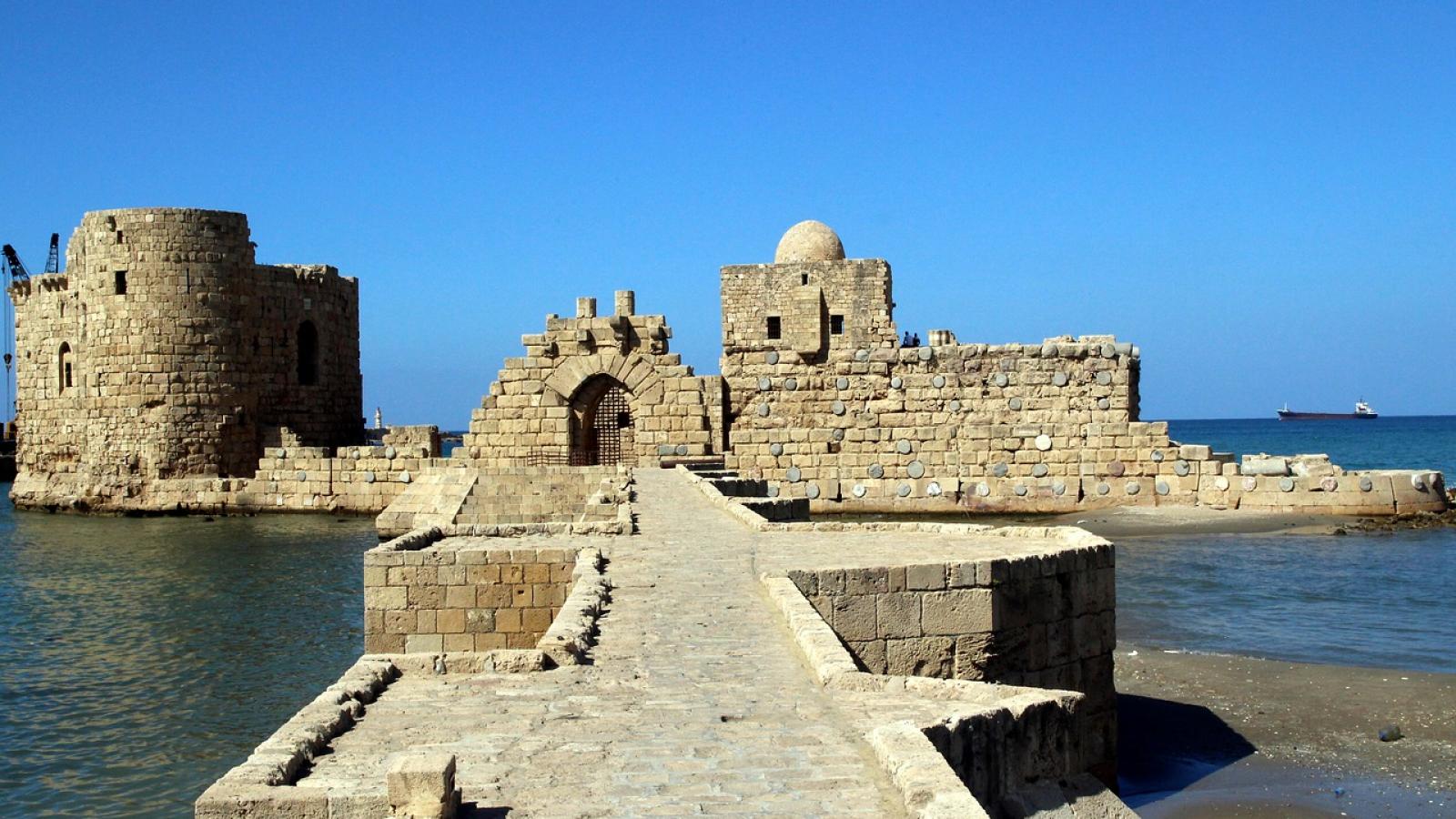 The Lebanese MED GAIMS team is proud to announce the three touristic sites, which will be the locations where a new interactive experience will be offered to tourists and locals alike using analog and digital games. The first two are located in the North of Lebanon, and the last one in the South of Lebanon.

Located at the bottom of the newly built dam in Batroun, the Castle of Mseilha controls the valley where the river of Nahr Al Jozz flows. The building thus made it possible to monitor this strategic place between North Lebanon and the city of Tripoli and Batroun then Byblos and Beirut and to block access to it with a reduced garrison. The first structures must have existed since Antiquity, but they have disappeared with the exception of certain blocks of stone that have been reused. However, during Antiquity, its importance was minor as crossing point made it possible to bypass it via Ras el Chékaa. However, the collapse of part of the cliff during the famous 551 Earthquake after JC interrupted this axis. The first mention of the castle of Mseilha occurred in 1106. This first construction is attributed to the constable of Tripoli, Guillaume de Farabel. In the 13th century, the Mamelukes regained control of the Castle of Mseilha, then it was the Ottomans in the 16th century, just like they did for Smar Jbeil Castle. However, its current structure is more recent: The current building was refurbished by Emir Fakhr-al-Din II, around 1624 during his revolt against the Sublime Porte. The Castle of Mseilha, however, retains architectural elements typical of the Crusaders period, such as shooting slots.

Watchtower located on the coast near Nahr el Fidar and therefore Byblos, from which it takes its name, also called Burj Mouheish, Burj el Fidar is a remarkably preserved construction of a set of towers built in the time of the Crusaders distributed along the coasts from the South of Lebanon to North Lebanon. Located on the side of a cliff about ten meters from sea level, this tower was recently restored by the Directorate General of Antiquities (DGA). The masons at the origin of this defensive structure would have been probably the same as those of the crossed castle or the cathedral St Jean-Marc de Byblos. As proof, some architectural features, resembling those of the baptistery of the religious building and sharing many characteristics, date from the 12th century. According to other sources, the tower dates from the 14th century and is part of a group set up by the Mamelukes and not by the Crusaders. The interior consists of 2 levels with characteristics of local architecture from the 12th century. It opens on its eastern facade via a low door formed by a single block of stone. On its sides, some loop-holes remind us that the building was built for defensive purposes, and not a place of life. Finally, from its rooftop, one can have a panoramic view from Beirut in the south to Aamchit in the north, which was ideal for the guards who used to communicate from a distance, particularly by using lights in the event of an alert. 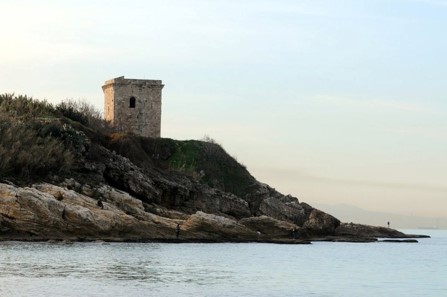 In the 13th century (specifically between years 1227 and 1228), the Crusaders came and built a castle on a small island dominating the sea. It is said that this island was formerly the site of a Phoenician temple. With an aim to defend Sidon’s harbor, the sea castle (also known as the sea fortress) is one of the most prominent archaeological sites in the city. It is connected to the mainland by a narrow but fortified 80 m long causeway built on nine arches, that was later added by the Arabs to provide access to it. With the aim of providing protection against the swelling of the sea, the Sidonians built walls along the natural rocky reef. The typical architecture of the Crusaders, however, was mostly represented by the Roman columns that were used in the outer walls to reinforce horizontally. Primarily, the sea castle consists of two chambers, one of those chambers is the West tower, which is best preserved today. Sadly, the East tower is not very well preserved. It was constructed in two phases where the lower part was built by the Crusaders and the upper one by the Mamluks. The two towers are connected by a wall. To the right of the porch lies a small domed mosque whose origin is probably Ottoman. Known as “Masjed Qalaat el Bahr”, the mosque is a simple cubic form topped by a central dome. However, the most important element of the dome is the cantilevered part that indicates the correct direction of prayer. Finally, a staircase connects up to the roof, which offers, in turn, great vistas of the fishing harbor and the old part of the city. Unfortunately, the sea fortress was destroyed by the Mamluks in 1291, when they took over the city from the Crusaders, and was renovated by Prince Fakhreddine in the 17th century. When the water is calm, one can clearly detect the remains of the rose-granite columns, recovered from Roman buildings, sinking in the shallow seafloor. Additionally, around the fortress, statues, cisterns, and structures of walls, columns, and stairways buried under the sea show evidence of the Old Phoenician city. 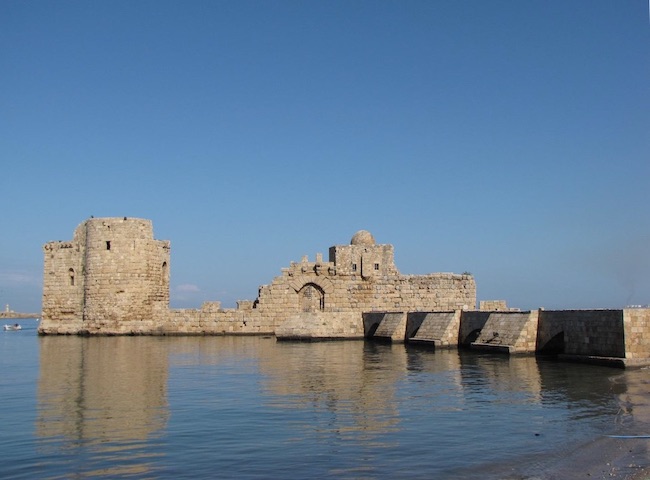