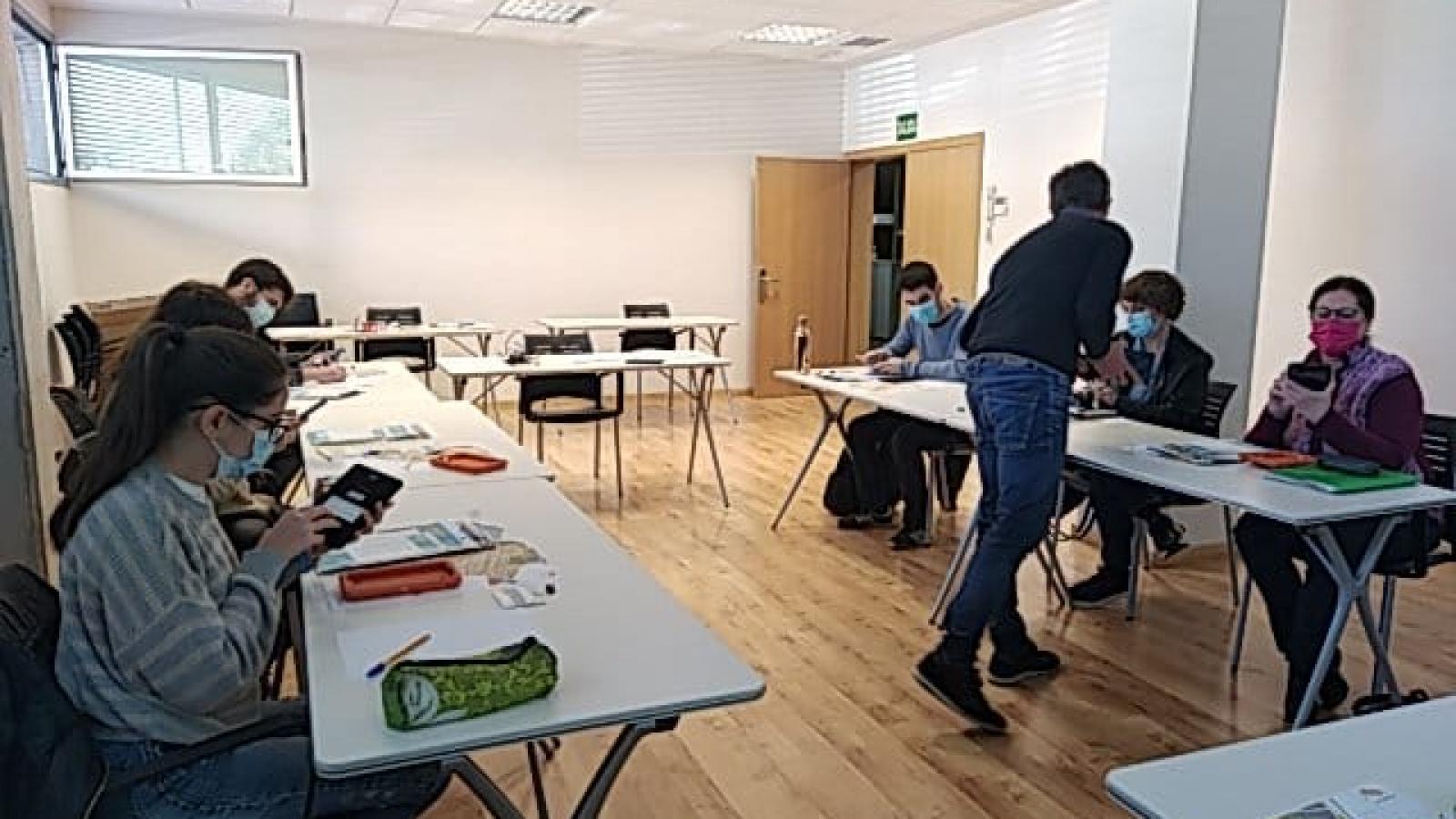 E3D-Environnement, leader of the MED-InA project, is a company specializing in supporting behavioural changes in terms of sustainable development, which helps communities to move their inhabitants towards more eco-responsibility. This experience is at the heart of the MED-InA project, through the deployment in its 3 pilot cities (Carcaixent - Spain, Irbid - Jordan, La Marsa - Tunisia) of the flagship tool of E3D-Environnement: the GD6D ("I’ve decided") support solution.

Here is how the implementation of GD6D works in the 3 MED-InA pilot cities:

Step 1: The inhabitants of neighbourhoods previously selected by the municipality receive a letter announcing the arrival of "ambassadors to improve their neighbourhood". The approach is deliberately global and not only focused on waste: from the start, the important thing is to act and all the issues are linked.

Step 2: Field deployment of teams of ambassadors door-to-door, for a ten-minute interview at the end of which inhabitants are invited to commit to 3 actions adapted to their level of commitment. Their phone number are requested for an interview 6 weeks later on their advancement. 90% of inhabitants met agree to provide their contact details for support.

Step 3: This interview constitutes the first step of telephone support every 6 weeks for a period of 12 to 18 months. During this support each inhabitant is informed of the results of the project and progresses individually, at the pace which is adapted to him. In addition to individual support, during this period, collective events and challenges related to waste will be organised in the pilot cities, so that the inhabitants involved in the process feel part of a whole and see more easily the impact of their combined individual actions at city level.

How does the mechanism adapt to each country?

Field diagnoses were carried out before the launch of the mobilisation: urban characteristics (collective or individual housing, for example), pre-diagnosis on local waste management, but also cultural questions in order to determine what is important to underline or which levers of conviction to use during interviews with residents. In Spain for example, the inhabitants consume a lot of water in plastic bottles as well as paper napkins during meals, while in Jordan and Tunisia the consumption of sugary drinks is very high (their limitation would therefore produce a double benefit : public health + waste reduction)…

Some examples of actions that residents are invited to adopt during the first 6 weeks:

During the support, the actions proposed will be linked to the previous ones, but each time more complex (composting, etc.) in connection with the progress of the project (installation of equipment in particular), the collective challenges set up at local level, but also and above all with the progression and individual choices of each inhabitant.

Constance Bris (E3D-Environnement), in charge of supporting Carcaixent, the Spanish pilot city, spent 2 weeks on site in April 2021 to train ambassadors in the use of mobilisation tools and interview techniques enabling the commitment of residents: “The Spanish partner very quickly became autonomous in the deployment of support, with exemplary speed and level of quality: 2,045 households mobilised in just 2 months, with more than 85% of the inhabitants met who agree to receive support. Although starting from scratch, in less than a month this team acquired sufficient skills to support residents on very large scales."

This promising mobilisation phase is now giving way to the support phase, with the ambition to go further to replicate the experience in other cities and environments. Indeed, this approach is intended to become a decision support tool, and to operate a change of scale in order to reach more and more citizens around the Mediterranean.