Practical application of the "Quadruple Helix" approach in the fields of water saving and culture: MED-QUAD kick-off meeting 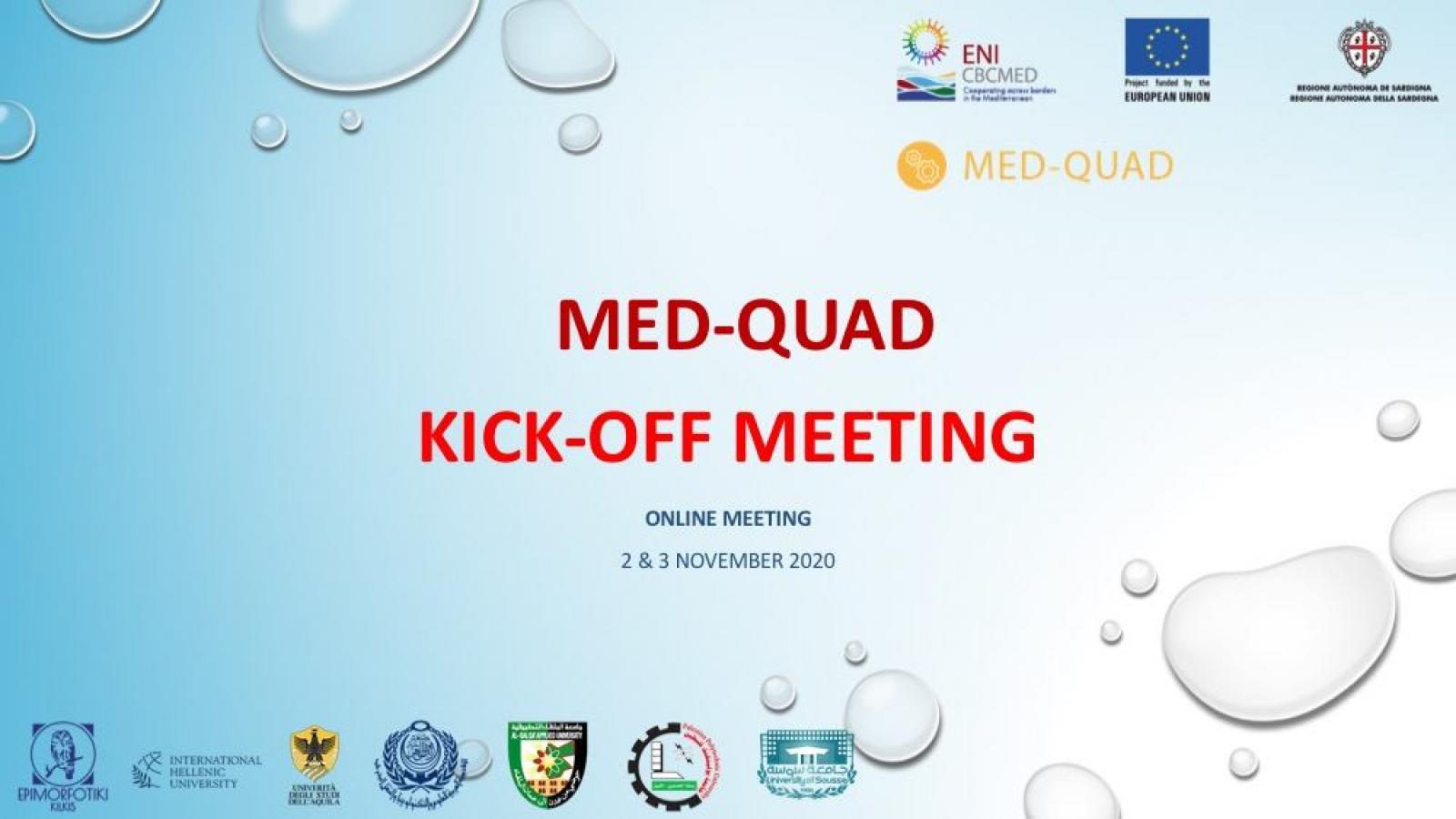 On November 2 and 3, 2020, the Kick-of Meeting of the Strategic Project "MEDiterranean QUadruple helix Approach to Digitalization" (MED-QUAD) - ENI CBC MED Program, took place. The Kick-of Meeting was organized by EPIMORFOTIKI KILKIS sm LLC (Greece), Lead Beneficiary and Coordinator and was implemented remotely, due to the COVID-19 pandemic restrictive measures in force.

Along with Epimorfotiki Kilkis, 6 Universities from 6 Mediterranean countries (Greece, Italy, Egypt, Jordan, Palestine, Tunisia) participate in the project. The project aims at the practical application of the "Quadruple Helix" approach, in the field of innovation and especially the digitization, to stimulate local  sustainable development. The "Quadruple Helix" refers to the cooperation and interaction of the 4 main pillars for innovation, namely the Universities / Research Centers, the Government, Firms and Society (Local Authorities).

During the implementation of the project, the following actions will be implemented, among others:

The main points of the Kick-of Meeting were: brief presentation of the project partners and associated partners, presentation of the ENI CBC MED Program and the MED-QUAD project, reference to the project actions, the importance of creating "Socially Sensitive Universities", reference to "Living Labs", originally implemented in the Italian city of L'Aquila, whose experience will be transferred to other cities, including Kilkis. Also, the schedule of the project actions was decided, the monitoring and evaluation process, the observance of the general rules according to the Managing Authority of the ENI MED Program, as well as the communication and dissemination plan that will be followed.

At the end of the meeting, the scheduled Press Conference took place, with live internet broadcast and also the evaluation of the meeting by the project partners.

The project is 90% funded by the European Union (EU) and has a budget of 3.3 million euros.