MedArtSal: five events in Spain to increase its visibility 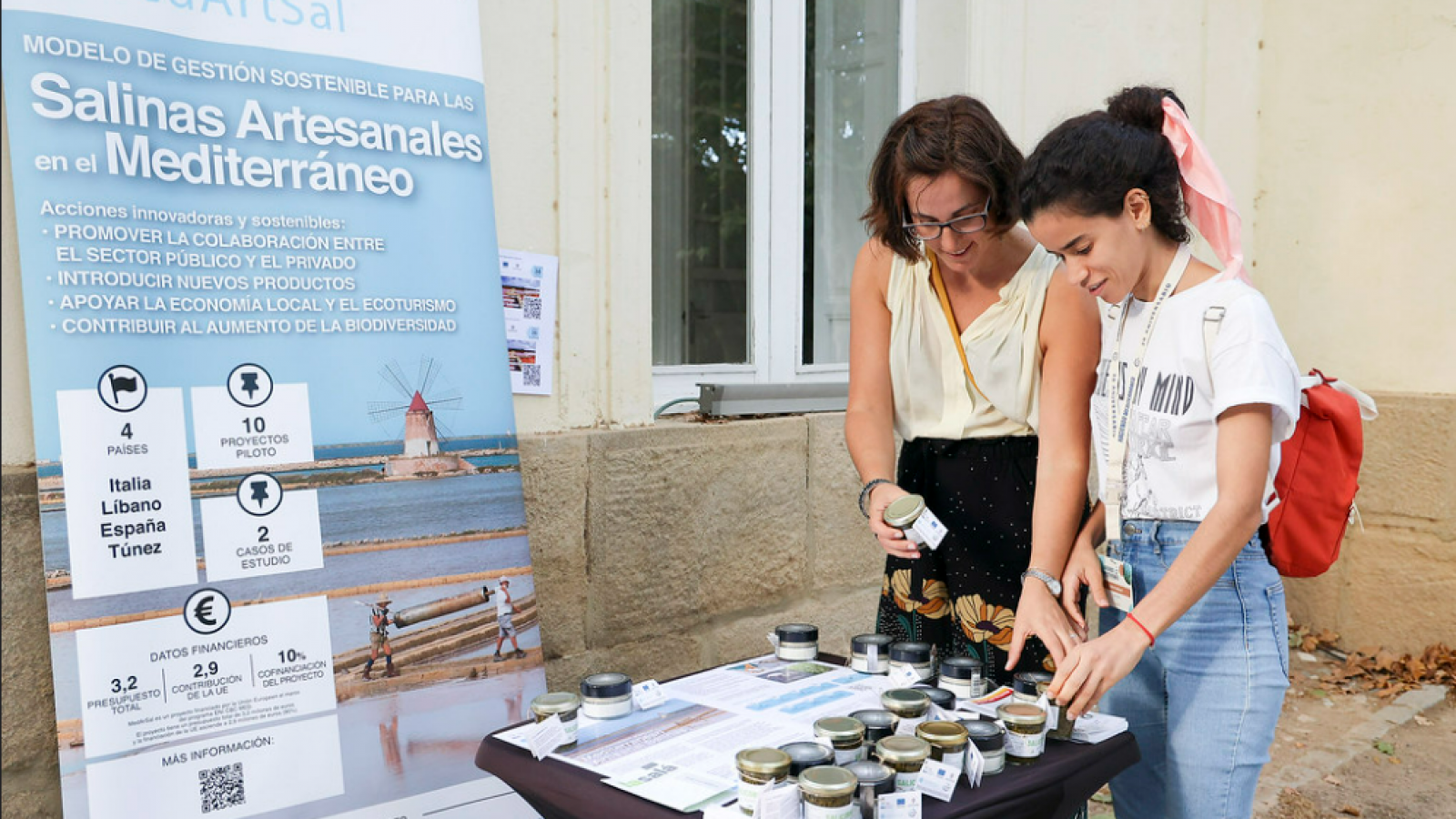 The month of September ended with the presentation of MedArtSal project in five events held in Spain. As part of the capitalisation strategy, the University of Cadiz and IUCN-Med worked together in the identification of opportunities and projects during the Autumn season in order to build synergies and push forward the visibility of the progress done by the MedArtSal project in the last 2 years.

MedArtSal was invited to be present at the second Blue Bioeconomy Innovation Forum in Cádiz, between 14-15 September. Macarena Castro from the University of Cadiz made a presentation on innovation in artisanal Salinas in the context of MedArtSal at the session devoted to marine spatial planning and biodiversity.

Also in Cádiz, members from the University of Cádiz and the University of Malaga organized a practical workshop for the European Researchers’ Night. The main goal was to show how to develop natural cosmetics using products collected in local artisanal Salinas, like salt and seaweed.

This workshop was of great success and participants could take home the products they had made: body scrub, marine soap, detox mask and solid shampoo.

On September 8 and 9, the closing conference of the LIFE-SALINAS Project was held at the La Merced Campus of the University of Murcia. The keynote address was given by Andrés Alcántara, from the IUCN-Med who presented an overview of Mediterranean coastal salt marshes within the framework of the MedArtSal Project. This was an important opportunity to create synergies with the final results of the Life Salinas project.

Also, MedArtSal was showcased at the XXIV International Conference on Industrial Heritage, organized by INCUNA with the collaboration of several public and private institutions held this year in Gijón. UICN-Med made a virtual presentation highlighting the intangible cultural heritage and cultural diversity from the artisanal salinas landscapes and the intrinsic links between living Salinas heritage and sustainable development.

Furthermore, on the occasion of the XX Anniversary of the IUCN Centre for Mediterranean Cooperation, some of the products from artisanal Salinas from Cadiz were showcased to the participants as an illustrative example of the links between nature, biodiversity and gastronomy.