Medartsal promotes innovation in the salt artisanal industry: Raceway crops to improve algae production in the Bay of Cádiz, Spain 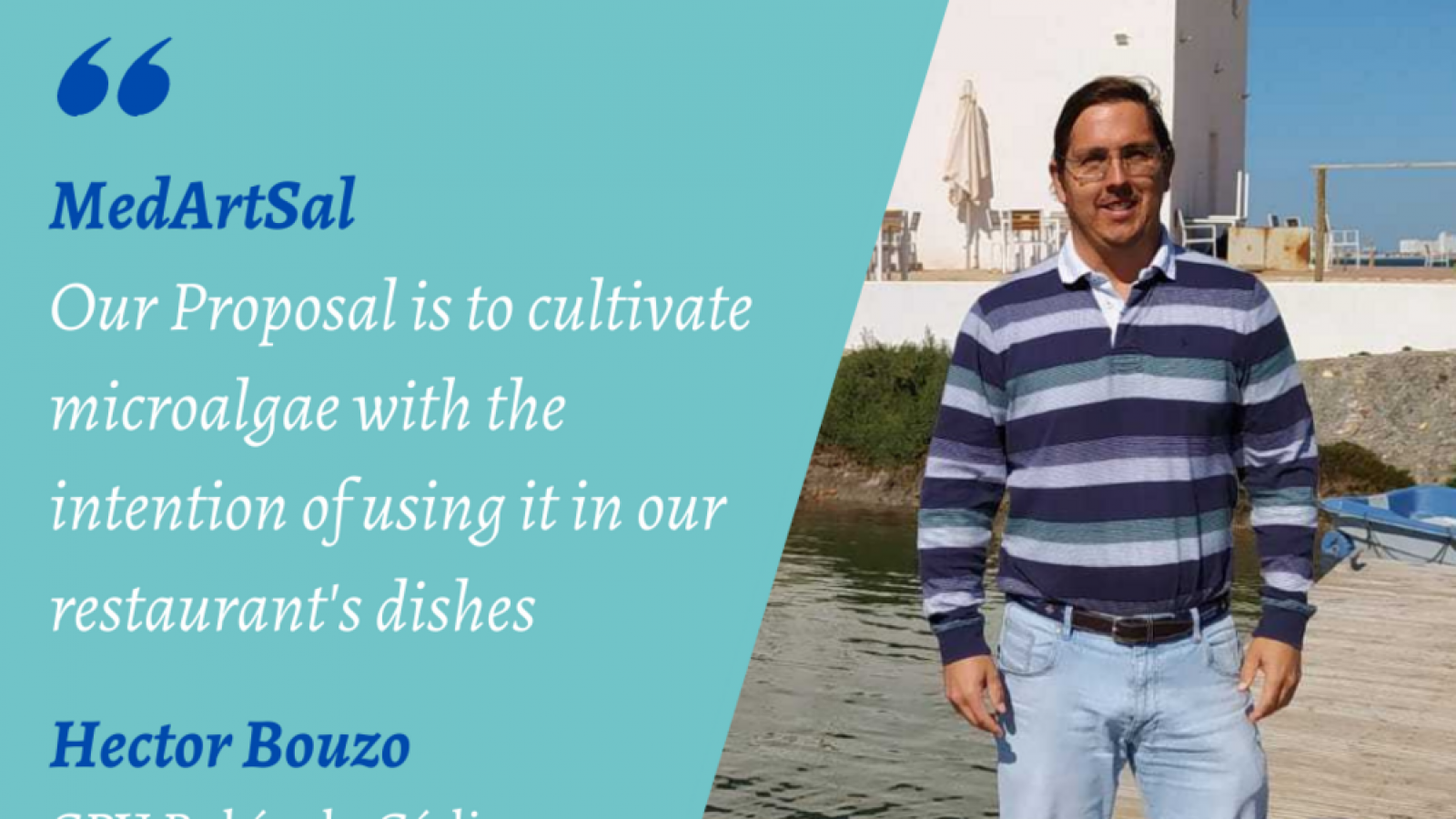 Hector Bouzo, manager of CVP -Bahía de Cádiz, is one the beneficiaries of Medartsal subgrants in Spain. He decided to recover the Roqueta y Preciosa salt mine, which had been abandoned for 50 years, with the aims of launching an environmental and leisure project that values the richness of the saltmarsh. Hector opened a restaurant making use of facilities that were already been used to provide quality products from artisanal salinas and whose production has also environmental benefits for biodiversity.

Diversifying the economic activity in the Salina Preciosa and Roqueta

Currently, the project is in the process of diversifying its resources, in which different species of native microalgae are cultivated, such as Dunaliella salina, and which will be included in the restaurant's menu. To do this, an open cultivation system similar to raceways has been used. This system consists of an elongated tank divided into two connected lanes at the ends, in which the water is kept in permanent movement by the action of a system of paddles to avoid algae sedimentation. The water in the raceway barely reaches a height of 15 or 20 centimeters, which allows maximum exposure of the crop to solar radiation.

The strains that will be cultivated in the plant will be extracted directly from the structures used to heat up the water for the production of salt. This type of economic diversification of the salt pan is compatible with the rest of the activities carried out in the salt complex. In addition to including various strains of algae in the restaurant's own menu, the 250 grams of microalgae that are estimated to be obtained per day can be used in natural products such as nutritional supplements, medical products, biofertilizers, cosmetics or even biofuels.

Salina de Roqueta y Preciosa is located in the Bahía de Cádiz Natural Park, a protected area almost entirely shaped by the economic activity carried out for millennia by the inhabitants of the area -  the artisanal extraction of salt. The interaction between human beings and their environment has made it possible to generate a unique ecosystem that can only be sustained by the human activity generated in the area.

As salt activity stopped in the Bay of Cadiz due to the industrialization of salt extraction processes the human trace vanished causing a decline in the sustainability  lead of the salt ecosystem. In this context, the company Construcciones y Promociones de Viviendas Bahía de Cádiz SA (CPV - BAHÍA DE CÁDIZ), continues to work to turn the Preciosa and Roqueta saltpan into an increasingly sustainable salt mine that generates an social and environmental wealth, ensuring the survival of resources in the future.

Moreover, this business model fosters the economic development of the local community while generating an environmentally friendly product and harnessing the natural resources offered by saltmarshes. Human intervention for the maintenance and management of this type of ecosystems allows to simultaneously deliver social, economic and ecological benefits.

Business
Environment
Innovation
Back to project