Engaging citizens in the production of social policies: launch of the MedTOWN project 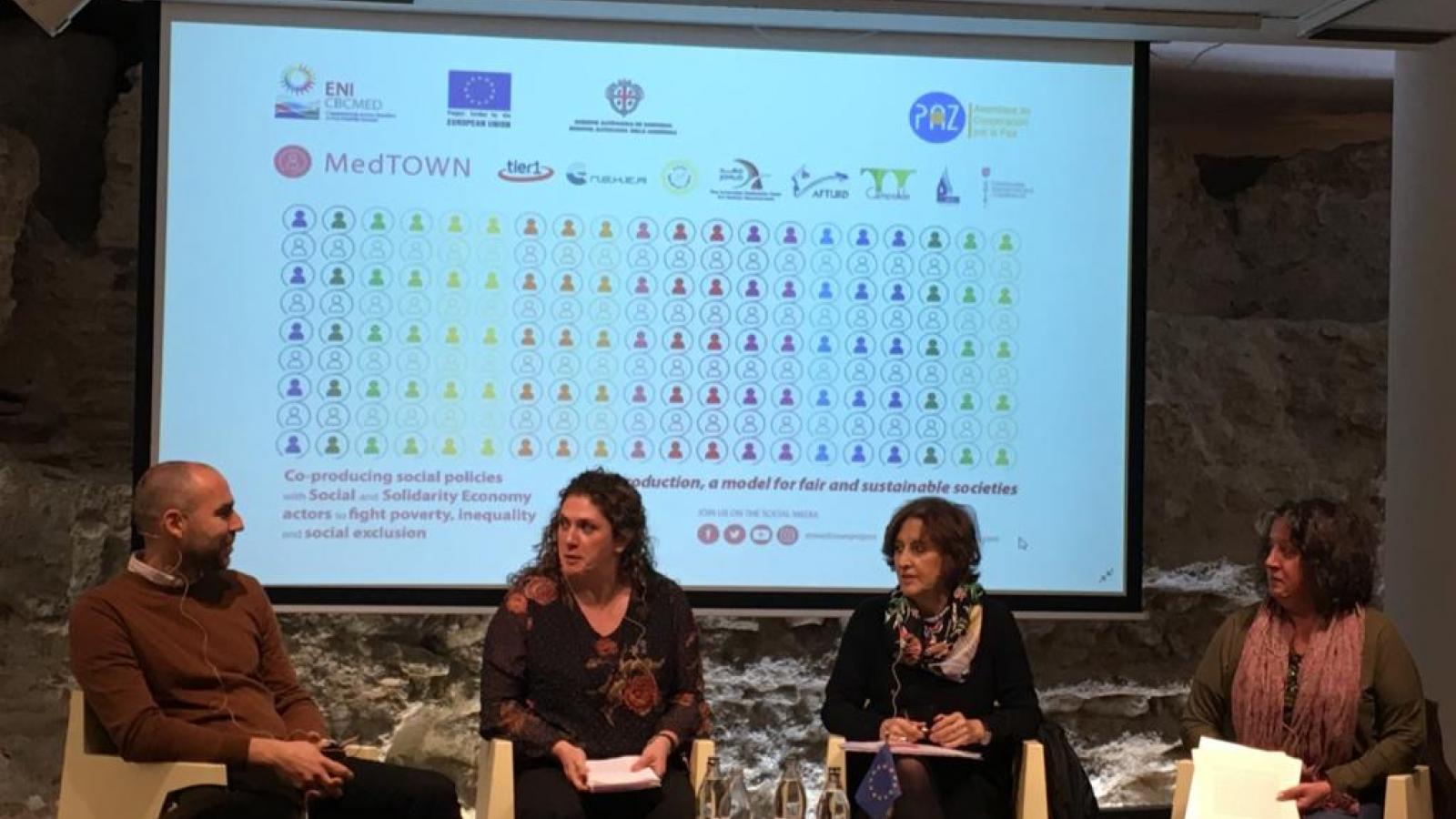 From 18 to 20 November 2019, Valencia hosted the kick-off meeting of the MedTOWN project, which aims to promote the co-production of fair social policies with citizens in order to strengthen the role of the social and solidarity economy (SSE) and develop a joint policy of social services in the Mediterranean sea basin. MedTOWN is a cooperation project financed by the European Union through the ENI CBC Med 2014-2020 Programme.

The Spanish NGO "Asamblea de Cooperación Por la Paz" (ACPP) is coordinating this initiative, which is joined by eight other partner organisaitons and seven associates from six countries: Spain, Greece, Jordan, Tunisia, Palestine and Portugal. The total budget is 3.4 million euros, of which 2.9 million as EU contribution.

The meeting gave all partners the opportunity to discuss and plan the main activities and to start working together to create better policies against poverty, inequality and social exclusion.

In addition, a public presentation of the project saw the participation of the social and solidarity economy focal point for ACPP, José María Ruibérriz de Torres López; the General Director of Relations with the European Union and the State of the Generalitat Valenciana, Daria Terrádez Salom; the Spanish ENI CBC Med National Contact Point all the Ministry of Finance, Marian Uriarte Brizuela; and ACPP delegate in Valencia, Trinidad Blanch.

"It is about knowing what role we can play as civil society to improve public policies, providing knowledge and expertise and promoting social and technological innovation, so that the positive experiences can be replicated" explained Ruibérriz de Torres.

The MedTOWN endeavour aims to promote dialogue and mutual learning in the Mediterranean in order to provide a regulatory framework and a model of co-production, as an instrument to move forward towards fairer and more sustainable societies. It also focuses on the creation and strengthening of alliances in all participating countries for the regulation of social services and the SSE. Thus, opportunities will be generated for joint work based on a Mediterranean-wide database with evidence and recommendations for improving the provision of social services.

Public services are currently facing an unprecedented series of challenges: increasing demand and rising expectations, seemingly unsolvable social problems and, in many cases, reduced budgets. In Europe, previous approaches have led to significant improvements in some areas, but have failed to address some basic structural inequalities.

In this sense, the MedTOWN project aims to provide citizens and local authorities with tools to develop local resilience and foster the transition towards fairer, more resilient and sustainable societies in the Euro-Mediterranean region.