MedTOWN in Portugal: how an urban agroforestry provides much more than food and shade 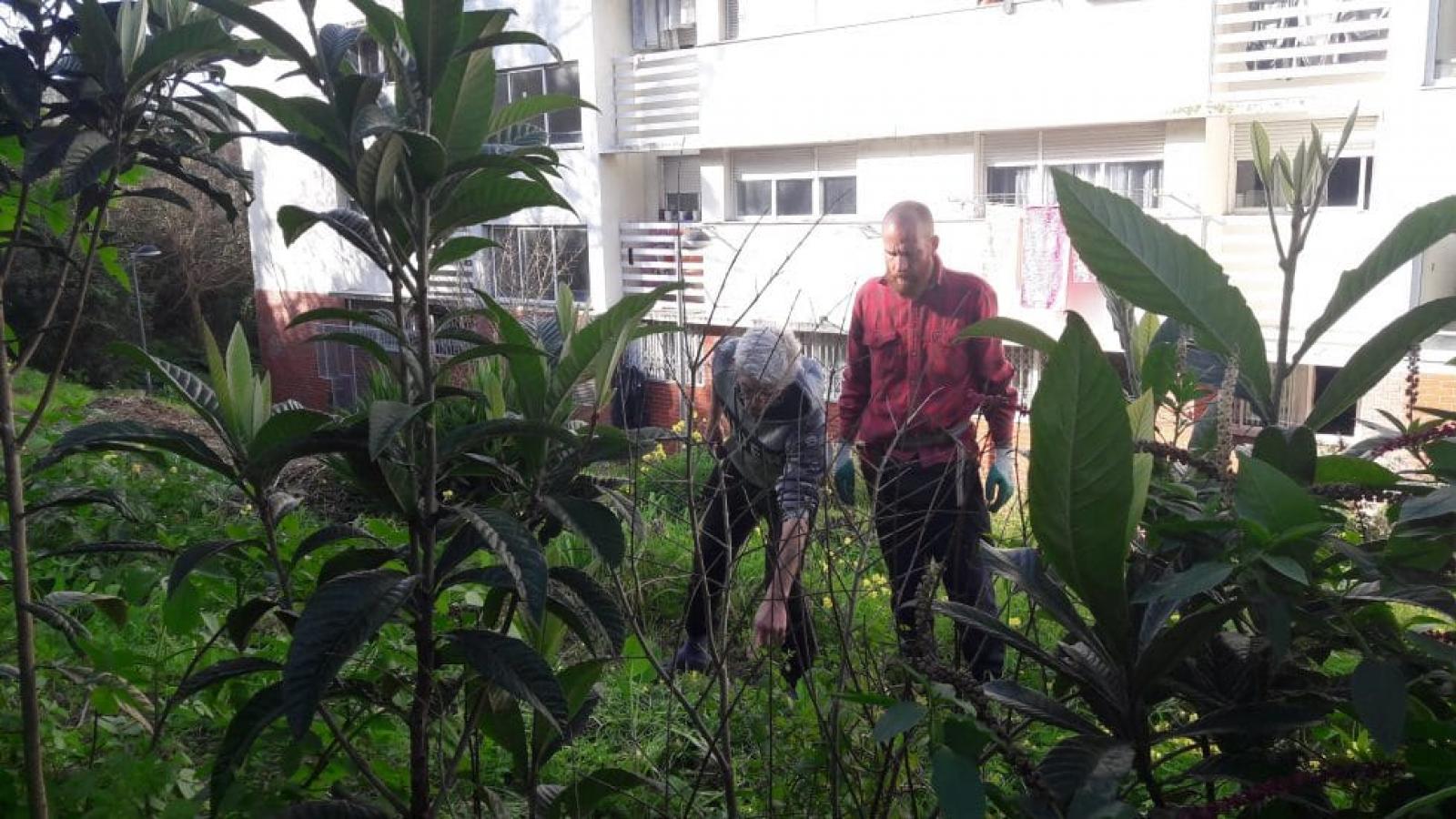 Campolide Agroforest is an example of what MedTOWN is doing to leave a trace on people lives. We share this report from Artéria (Portugal), thanking the magazine team for its interest on the project:

With the gradual increase of environmental awareness, citizens' initiatives are multiplying to respond to the climate emergency and, in the same gesture, to people's growing attachment to green spaces. Artéria went to visit Bela Flor Respira, another way of saying "urban agro-forestry of Campolide". A community project where love for trees is what unites wills. And they are very strong.

In this terrace in Bela Flor Respira, it is mainly Joaquim Espada who looks after the small agro-forest. He and other members of the team, the neighbourhood, volunteers and some curious people who go there for the love of trees and bring a bunch of cuttings to try planting them in their neighbourhood. Everyone can help in the work of pruning, watering, planting, selecting seeds, composting, cleaning the garden or the "tree nests". And what do you mean by "tree nests"?

"The trees are planted in stakes arranged in a circle and well together for the benefit of competing together for the sun and therefore growing faster, sharing the earth more humid for its shade and richer in nutrients that they deposit in the soil while they grow, regenerate or die", explains Joaquim, giving an account of what is at stake in Bela Flor Respira, the community agro-forestry project in Campolide, run by a group of residents and their friends. 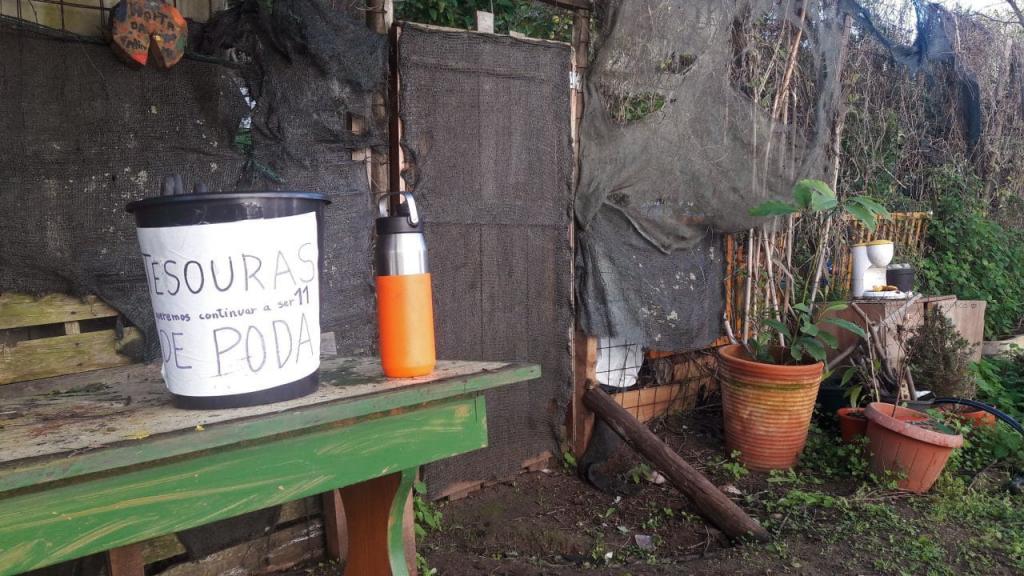 In the middle of big traffic jam near Amoreiras, where the cars speed southwards or to Marquês, passing by the old houses that nowadays clash with the new buildings of a housing cooperative and a social neighbourhood, behind a petrol station that everyone knows on the way to the beach, there is a very special green patio. A patio of "tree nests", where sprouts of loquat trees, poplars, mulberry trees, pear trees, peach trees, ash trees, fig trees, pomegranate trees, laurel trees, strawberies plant and other rare or complicated names germinate.

Not all of them will reach the top, not all of them will overlap, but together they build the landings of a forest that embraces all plant species, including tasty shrubs and vegetables with a short life cycle and always ready to contribute to the great humus. "The law here is that of the forest and its precious teachings," says Joaquim Espada. And that is also why the Campolide agroforestry project is so important and significant.

Lisbon needs trees, lots of them. The people of Lisbon are breathing more and more the polluted air of the commuter, of the planes that scratch the buildings near the airport or of the cruise ships that land on the banks of the Tagus near the old city. Lisbon never needed trees as much as it needs them now, because only trees can give us back pure air and protect us from climate change that is coming, because there is a delay in changing the state of things.

Only trees can shelter people under their shade in the extreme heat or grab the earth with their sturdy roots, preventing landslides caused by heavy rains that already devastate some European cities. This is the reason why trees are crucial in Lisbon. Therefore, the Monsanto forest, public parks, vacant lots and every green patch of the city should welcome trees. "The 'nests' are also important in capturing water, facilitating its retention and absorption by the roots," confirms Joaquim.

The compost is made from organic waste from the plants in the yard or from the leftovers of the residents who, participating in the toil of the land, harvest aromatic herbs, fruit and vegetables such as lettuce, spinach, aubergines, chard or cabbage. Products from the land that Arnaldo Reis harvests, leaving his dog, already longing for them, lurking on the verandah. "It's always like this, when I come down here, he gets all whiny", he observes. Because "Senhor Arnaldo" doesn't miss the hardest work in Bela Flor's backyard and, in return, there are always fresh vegetables to use in the soup. "Even nettles", he says.

Simão Oliveira, who also lives in the same building, has just planted more than a dozen ash trees and poplars in the large flowerbed, now defended by an orange net from the thieving roosters and chickens - animals that have significantly increased the numbers and pluck any fresh legume or vegetable. They're mischievous in their daily onslaughts, yet they're under the watchful eye of the neighbourhood and a diversion for the children of the nursery next door who, even though they know Joaquim well, scream at the top of their lungs from the slide as he prunes the trees. "Look, look, they're hurting the trees!"

In Bela Flor, not only nature is taken care of, but also people. People that the project knew how to involve, dispelling the mistrust and initial fears of the residents, inviting them to integrate through dialogue and teamwork, sharing knowledge and the fruit of this work, organizing community gatherings promoted by the agroforestry team. These were the days of the soup, the magusto, the selection of seeds and thematic conversations about many subjects, under the shade of the trees and the surrounding peace of this green and diverse place.

Artéria asks how this project was born and maintained in a city that so often neglects trees and leaves the terraces and vacant lots without any care, in the vain hope of making them profitable for the construction of buildings or car parks. The answer lies in the Bela Flor Respira team and its proposal, based not only on environmental sustainability but also on community sustainability. The team is made up of Joaquim Espada, who manages not only the means on the ground, but also the techniques, the apprentices and, of course, the plantation design based on syntropic agriculture - his area of training -, ensuring the sustainability of the system through scale, diversity, growth rhythms and light needs of the plants. 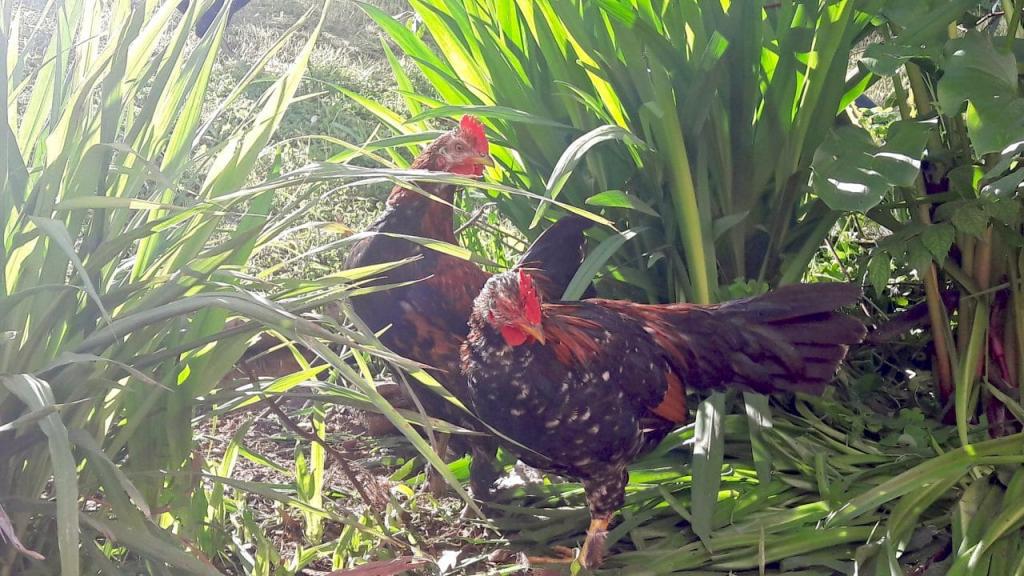 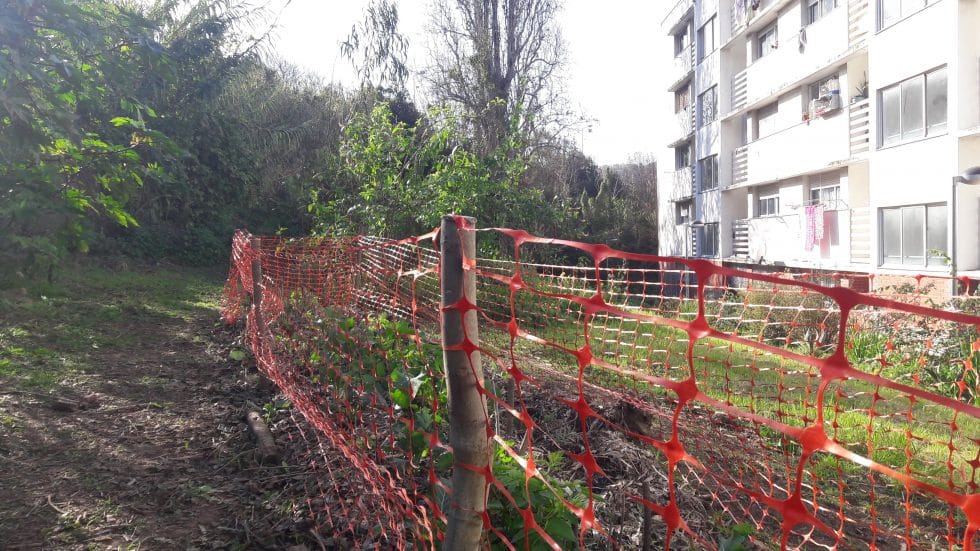 He is often accompanied by Cátia Sá and Carolina Reis. Cátia Sá, who focuses more on community activities, is now busy organising workshops for children, involving schools. And she still has to deal with publicity, contacts and connections with collaborators and institutions. It is a good that Carolina is there to help. And, of course, Cristina Sousa, the brain and heart of the Campolide agroforestry project. A forestry engineer in the Innovation Department of the Junta de Freguesia de Campolide (Campolide Parish Council). She is the one who led the team in raising the initial investment from Lisbon City Council - through the BIP ZIP Programme (Bairros e Zonas de Intervenção Prioritária) - and, later, from European funding for the promotion of social inclusion policies and the fight against poverty, for environmental and social sustainability in the Mediterranean, known as MedTown. This co-funding project with ACPP and ENI CBC Med Programme allowed the project to be extended and enriched, making it broader and more inclusive.

Everyone can go there on Thursdays between 10am and 7pm. There are no walls or keys, you can enter without prior registration, and it is not necessary to have knowledge in the field. Whoever comes is always welcome and invited to learn, getting their hands dirty and doing their own tasks and, of course, meeting people who are there, perhaps, for the same reasons. You just have to want it.

Originally published in Portuguese on 30 August 2022 in: https://arteria.publico.pt/ as a report, available here.