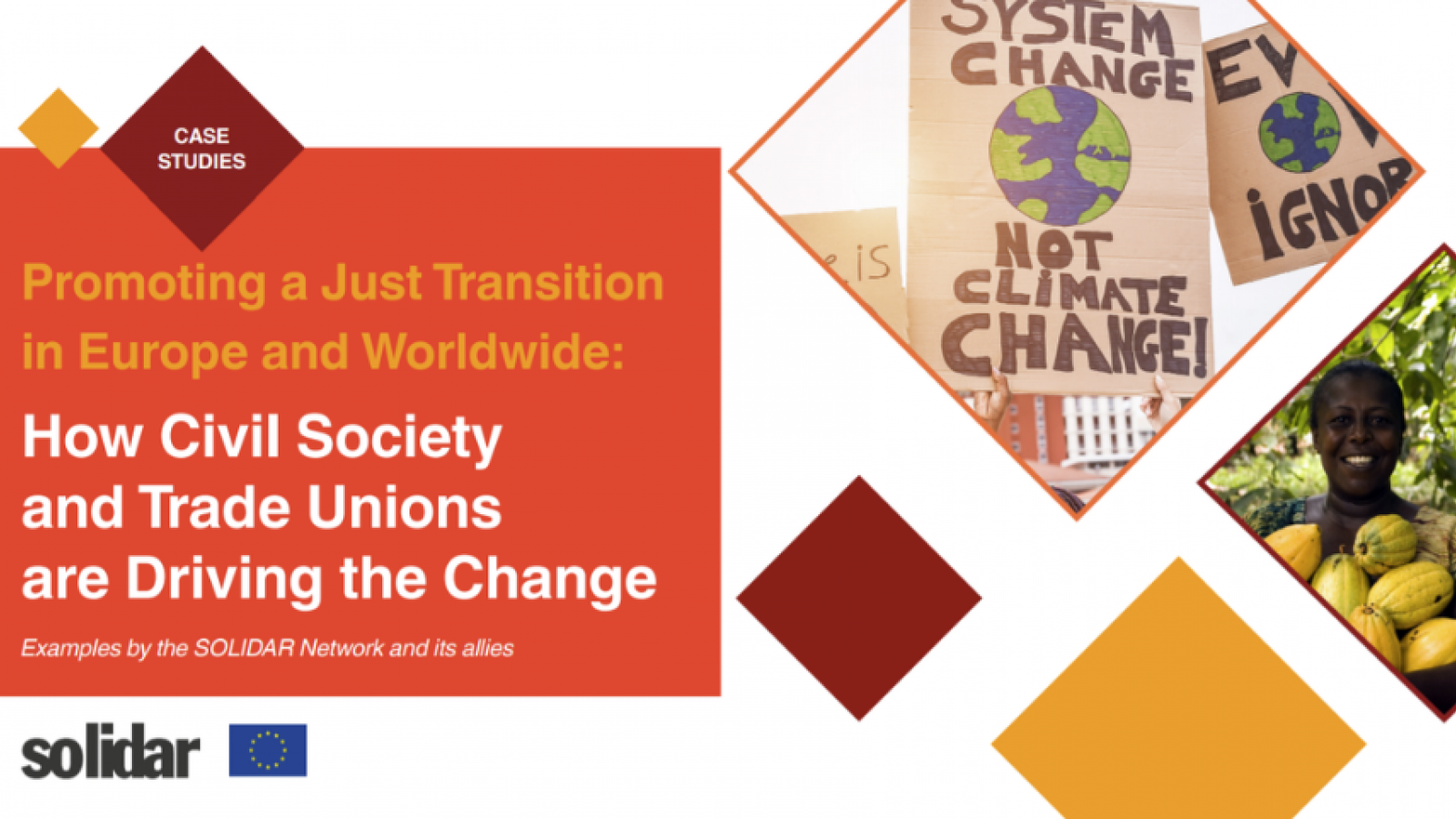 It is becoming increasingly significant that adding a social component to how the environmental issues are tackled is essential to achieve a socially Just Transition, and MedTOWN project offers an example of how this can be undertaken by working together with the community and social actors to co-produce public policies.

The study "Promoting a Just Transition in Europe and Worldwide: How Civil Society and Trade Unions are Driving the Change" is a mapping exercise attempting to identify the key concepts, main policies and existing initiatives linked to a Just Transition, with a collection of examples of the contribution of the civil society sector, in particular social NGOs, lead the path to climate action and neutrality.

MedTOWN has been selected as a good practice for the study, being a social innovation project that aims to support the role and capacities of Social Solidarity Economy actors in the fight against poverty, inequality, social exclusion and environmental unsustainability through research and experimentation of a co-production model.

SOLIDAR is a European network of NGOs working to advance social justice, commited with ensuring a socially Just Transition to climate neutrality, as part of their strategy aiming to place social justice and Just Transition at the centre of European and international policies and recovery strategies, and specifically attracting decision-makers’ attention to the views on climate and environmental issues from Social NGOs.

Policies and strategies for a green transition are considered a prerogative of environmental and climate actors, and the latter are often excluded from discussions on social matters. In other words, environmental, climate and social NGOs are placed in a system of silos that hinders meaningful exchanges among them and prevents from contributing to decisions on a socially Just green Transition.

According to SOLIDAR, this study aims to challenge this system of silos by providing examples of contributions made by trade unions and social movements to the creation of environmentally sustainable, fair and inclusive societies. By adopting positive behaviours, organising life-saving support to communities across the world, sharing their knowledge and practices, researching issues, promoting sustainable development models and much more, civil society organisations all over the world combine and reconciliate environmental and social objectives, this way proving that fighting for both climate and social justice is possible.

MedTOWN "Co-production of social policies with social and solidarity economy (SSE) actors to fight poverty, inequality and social exclusion" is a cooperation project funded by the European Union through the European Neighbourhood Instrument for cross-border cooperation in the framework of the Mediterranean Basin Programme 2014-2020 (ENI CBC Med), which involves 9 partner entities, and as many associates, from 6 countries with a total budget of 3.4 million (86.5% programme contribution) and an estimated duration of 36 months, until September 2022.

Stay tuned for more info on our project at: www.enicbcmed.eu/projects/medtown