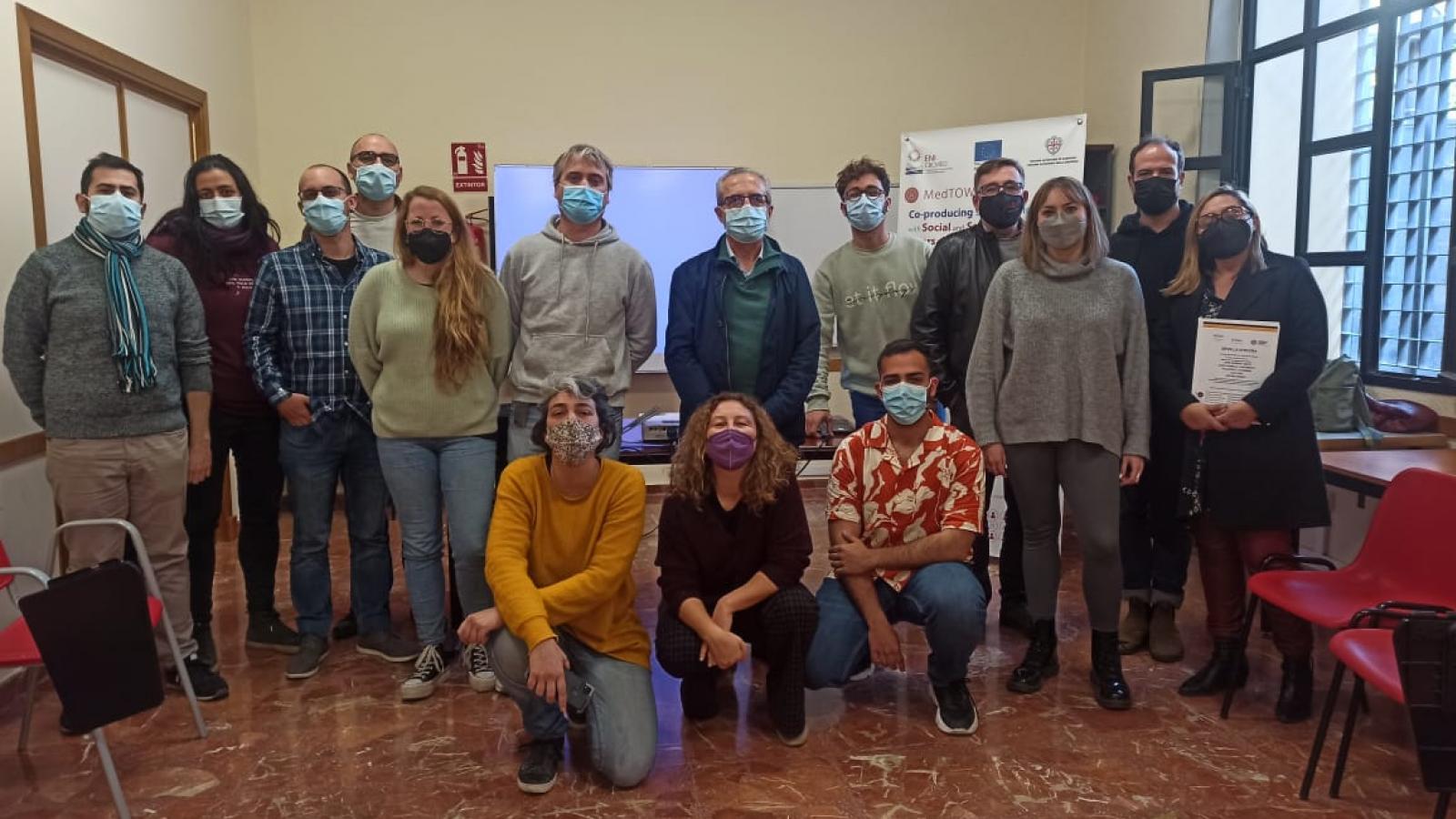 Asamblea de Cooperación por la Paz (ACPP), MedTOWN’s lead beneficary, held an informative session and a workshop at Cerro Amate District in Seville, on March 10th, with the intention of presenting the future call for sub-grants to groups who may be interested in participating.

Within the framework of MedTOWN project, ACPP will allocate a total of €55,000 to finance 'pilot projects' on social and solidarity economy (SSE) in the local environment with the aim of promoting sustainable local development through the strengthening of citizen participation and the localization of SSE initiatives.

Celebrated at the Centro Cívico Cerro del Águila in Seville, the event started with a presentation of the call for sub-grants for the ‘pilot projects’. The Seville City Council was represented by Juan Manuel Flores Cordero, Deputy Mayor Delegate of the Cerro Amate District, and David Pino, Innovation Director, who opened the institutional presentation together with the SSE focal point of Asamblea de Cooperación por la Paz (ACPP). They followed the full session to learn about the projects proposed by the entities.

​Specifically, the session was attended by the entities that participated the previous year in the Workshop "coproduction of public policies in the neigbourhood". These activities were part of the national workshop of the MedTOWN project that had the main objective of amplifying the impact and visibility of projects working from the local level of the Cerro Amate District, while they were provided with training on issues of Social and Solidarity Economy.

Now these groups have the opportunity to apply in their neighbourhood what they have learned about SSE, by presenting their projects to the MedTOWN call. These proposals should be focused on social revitalization, citizen participation and alternative economy. The purpose of the presentation was to receive feedback from the organizations and to clarify any doubts that might arise.

The second part of the workshop was aimed at exploring possible synergies between the projects of these entities, in order to combine efforts and funding to maximize the results and the impact that the initiatives may have on the neighbourhood once they are carried out.

For the dynamization of this part of the session called 'Our project in the neighbourhood', ACPP had the help of Red de Transición (RdT), a cooperative specialized in the dynamization of participation between organizations and in charge of boosting MedTOWN Community of Practice (CoP). Its role was to find common points among the organizations so that they could join forces.

The sensations were very positive: the groups discovered that they shared objectives and that it was possible to combine the activities they had devised. They were open to cooperation and interested in exploring new ways of working. In general, the projects dealt with bridging the digital divide and empowering vulnerable groups.

This is the first direct action related to the implementation of the agreement reached at the 1st meeting of the Scientific Committee, held on 9th March, where the first Sub-grants Application Pack was approved.

MedTOWN project, coordinated by the Assembly for Cooperation for Peace (ACPP) and funded by ENI CBC Med Programme, is supported by the Seville City Council. This social innovation initiative aims to enhance the role of the Social and Solidarity Economy through research and experimentation of a model of co-production and circular economy.

Within the framework of this European project, we are developing six demonstrative actions - one of them in Seville - that will project innovative reference models, which will later be replicated in other countries. One of the advantages of MedTOWN project is the possibility of increasing the socio-economic impact of public spending and demonstrating that both the efficiency of public policies and transparency in management are not at odds with social innovation and local consumption, fundamental catalysts for the ecological transition of cities.