Meet Maria, the InnovAgroWoMed beneficiary who will repopulate her deserted land and create jobs for her community. 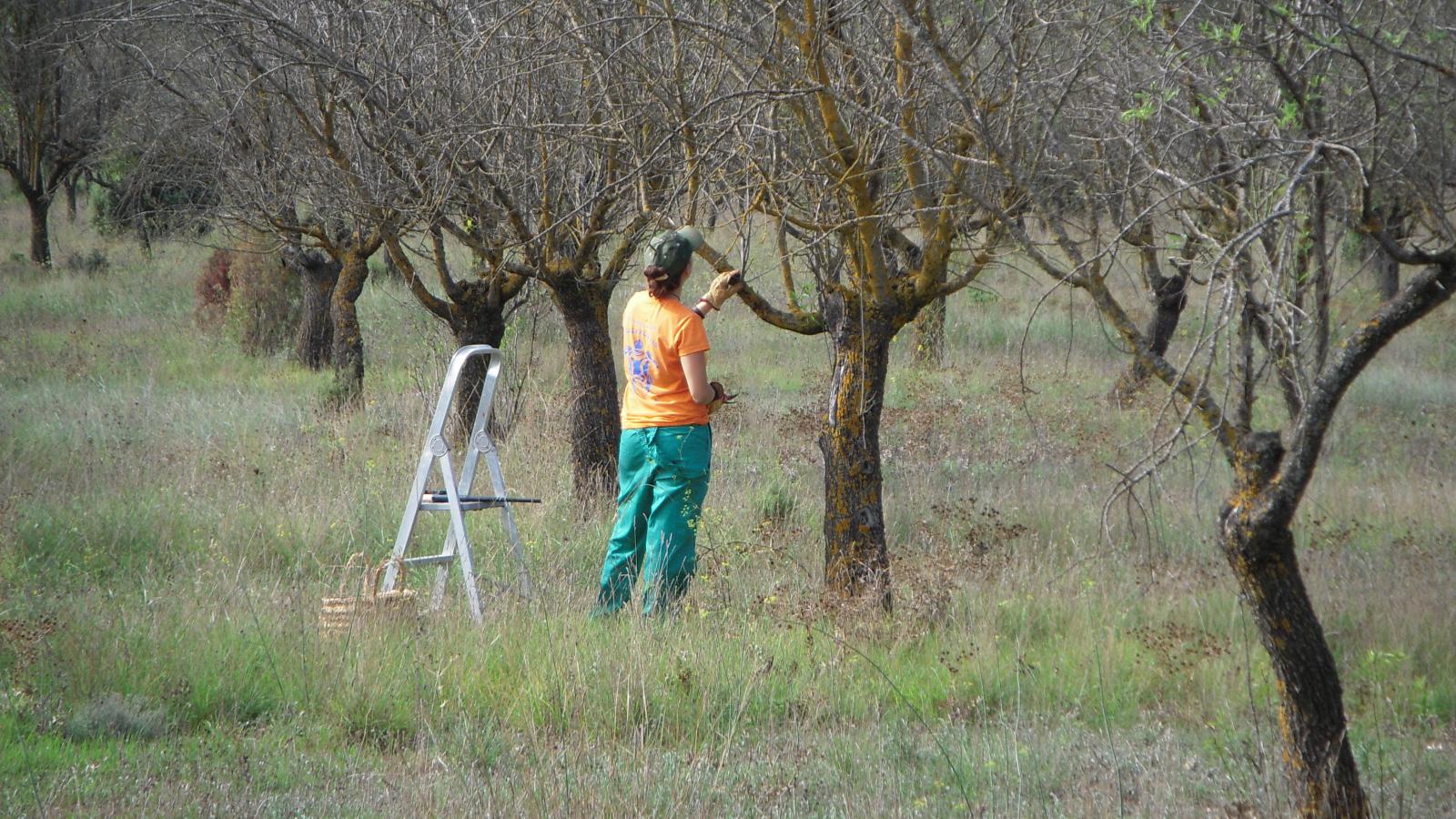 We had the pleasure of meeting María de la Cabeza, a talented beneficiary of the "Semillas" programme implemented in Spain by JOVESOLIDES, in the framework of the InnovAgroWoMed project. Maria hopes to be among the winners of the InnovAgroWoMed sub-grant this year to finally launch the ambitious project she wants to start in the municipality of Chelva (Valencia-Spain).

She is one of the 35 students of the "Semillas" training programme. This young woman, committed to the climate and environmental crisis, considers urgent to move forward the necessary social and economic change. She initially studied to be a teacher, but for years she has wanted to start her own project "slowly but surely". You will get to know her better in this interview...

What is the project idea you want to implement ?
"I want to generate an economic activity to revitalise the depopulated village of Bercuta, in the rural municipality of Chelva, in the Los Serranos region (Valencia). The idea is to rebuild the traditional constructional spaces of the village, using them for the small-scale industry of artisanal production of products derived from almonds, the main agricultural crop of this area and of other areas that also belong to the municipality of Chelva.

At a social level, the cultivation of this nut is not sufficiently valued in the area, as the population dedicated to it is small and relatively aged. With the creation of a cooperative to process the raw material already cultivated, it would be possible to valorise a resource that is totally indigenous to the municipality, obtaining a greater economic benefit for the community and offering the younger population a stable employment opportunity that would motivate them to keep living in the region.

In addition, following the strengthening of agro-ecological management of the ecosystem for the cultivation of almonds, I intend to gradually recover the traditional activity of extensive livestock farming to combine it with arable land, thus closing the cycle of natural resources, offering a second economic opportunity to the young population and preserving the rural landscape thanks to the important role of fire prevention carried out by the livestock".

Where did this idea come from ?

"Initially, thanks to my family roots, I was always interested in recovering my grandfather's farmland and the family building in the village; After my training in agro-ecology, dynamisation and rural development, getting to know the municipality of Chelva and seeing the great potential it has in being in the heart of the rural environment, I increased my expectations and saw the social need both to keep the local population here (and avoid further depopulation) and to link this to the need to create stable employment in the area. All of this will promote the protection of the environment, the recuperation of the beautiful historical setting and the traditional livestock activity that supports agriculture, the only primary activity that has been maintained.

A very concrete action in this regard is to re-launch the currently closed slaughterhouse, reviving its activity and completing the agriculture-livestock cycle. All this will be economically advantageous for the municipality of Chelva itself, because it is another alternative to revitalise the local economy and attract the kind of respectful tourism that we are trying to consolidate for a sustainable future".

What makes your project different from other projects ?

"I think it is a special project for the large number of activities and benefits it generates. It is a project that goes beyond my personal desire to establish myself in the countryside, it brings together different agents that constitute the backbone of a new economic benefit channel and attractiveness of the rural environment".

What is the main difficulty for you, and when do you think you can launch your business ?

''Funding. Such an ambitious and complete project requires substantial funding and a concrete strategy to obtain it, knowledge that I do not have because of my training but which I was able to enrich thanks to the Semillas programme. I sincerely hope to be able to obtain the InnovAgroWoMed grant in 2022 and launch this project''.

Tell us about the 'Semillas' training. The students have already completed more than 330 hours of training, what is your assessment ?

"Very positive! The knowledge acquired in this training thanks to all the teachers who have been training us, although not complete, has opened up a whole range of possibilities and skills that have allowed me to advance more quickly and safely in the materialisation of the project from the beginning. In addition, the possibility of meeting and sharing the journey with so many women in similar situations creates alliances and personal strength that would have been impossible without this training programme".

You have recently started mentoring and coaching with experts from different fields. What do you specifically expect from this part of the training?

"I expect a more individualised accompaniment that is tailored to the needs of my project and helps me to consolidate the steps towards obtaining the necessary funding".

The project teams of InnovAgroWoMed, co-financed by the European Union within the Programme ENI CBC Med, wish all the best to Maria and all the beneficiaries in Spain, Italy, Tunisia and Palestine, and invite you to follow all the news of our beneficiaries on our facebook page and Youtube channel.