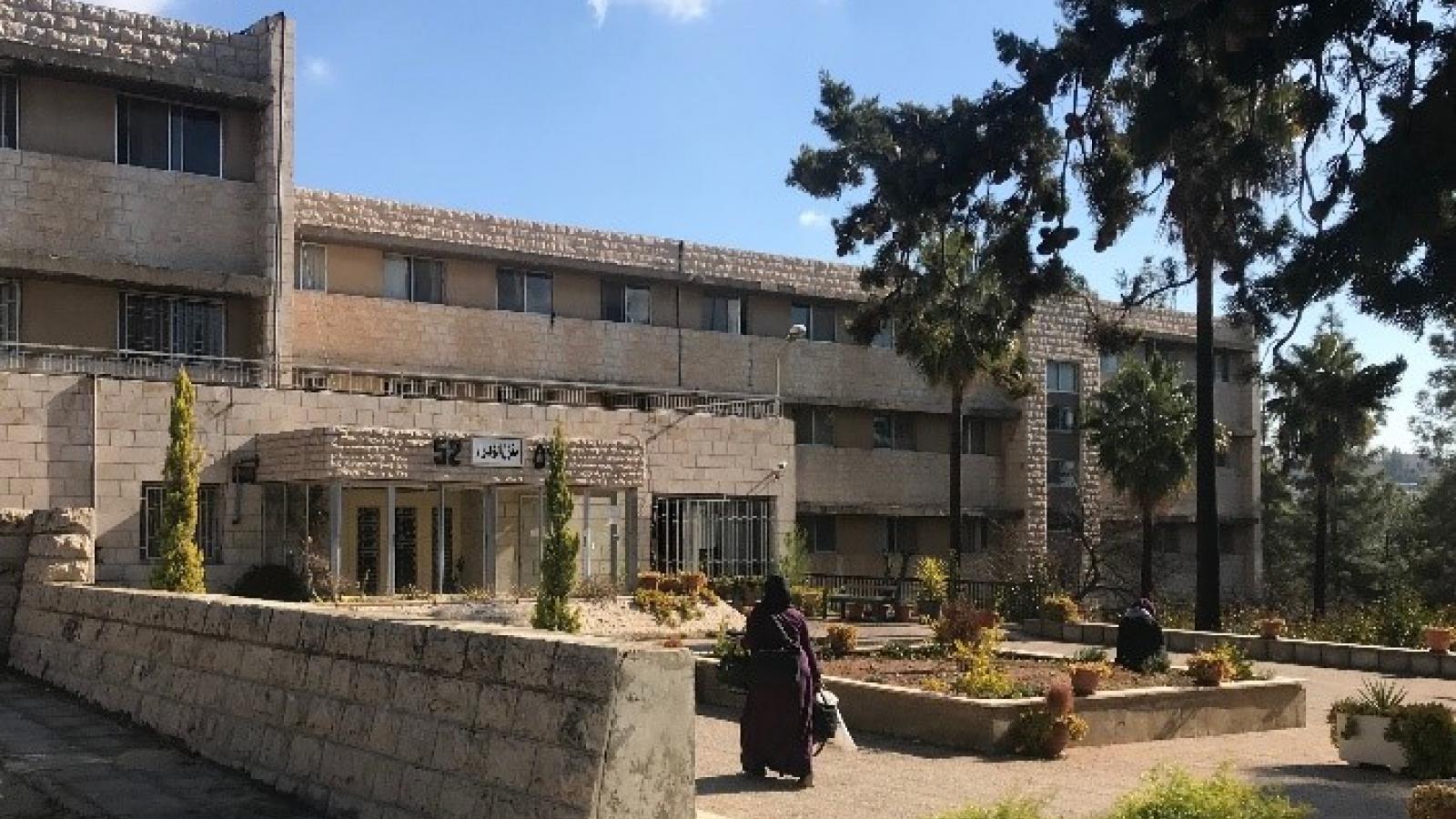 NAWAMED project team at the University of Jordan (UJ) discussed and finally decided where to install, within the university campus, one of the two real scale pilot plants for grey water treatment, in addition to the one already planned in Jerash Municipality.

With this project, our aim is to treat 2500 m3/year of grey water in Jordan by installing two pilot green walls. One of the pilot will be installed on the campus of the university. We selected the interior dorms of the University of Jordan because it has a high flow rates of grey water available for being treated and for its strategic location that will be clearly visible for the university community.
Prof. Ahmed Al-Salaymeh, NAWAMED coordinator in Jordan

Taking in account different point of views, the project decided to focus on this the dormitory building, which satisfies the technical featues required by the project:

We estimate the average greywater flow for the dorms from the washing basin, laundry and shower at 66 liter/(capita.day) with a standard deviation of 9 liter/(capita.day). Taking in account that normally there are about 300 students in the selected dorm, this building has the potentiality to meet the target foreseen by the NAWAMED project.
Prof. Abbas Al-Omari, Researcher at Water, Energy and Environment Center at UJ

The choice of the location aims also at guarantying the dissemination of the project concept starting by the same students:

This way the students of the dorms are exposed to the concept of decentralized treatment of grey water which as a result will raise their environmental awareness. Their involvement is important from the beginning to spread the main message to save potable water and boost the use of Non Conventional Water (NCW) and for monitoring the projects results also under the social acceptance.
Eng. Leena Marashdeh, communication team member of NAWAMED project

The first important feedback has been already received, according to the dorms staff whom were interviewed by NAWAMED team at UJ, who declared:

We are really happy to hear that we have such project that will help in saving the water and save the environment, this is new for us.