Public procurement of innovation as a knowledge transfer instrument in Spain: the participation of PPI4MED in TRANSFIERE fair 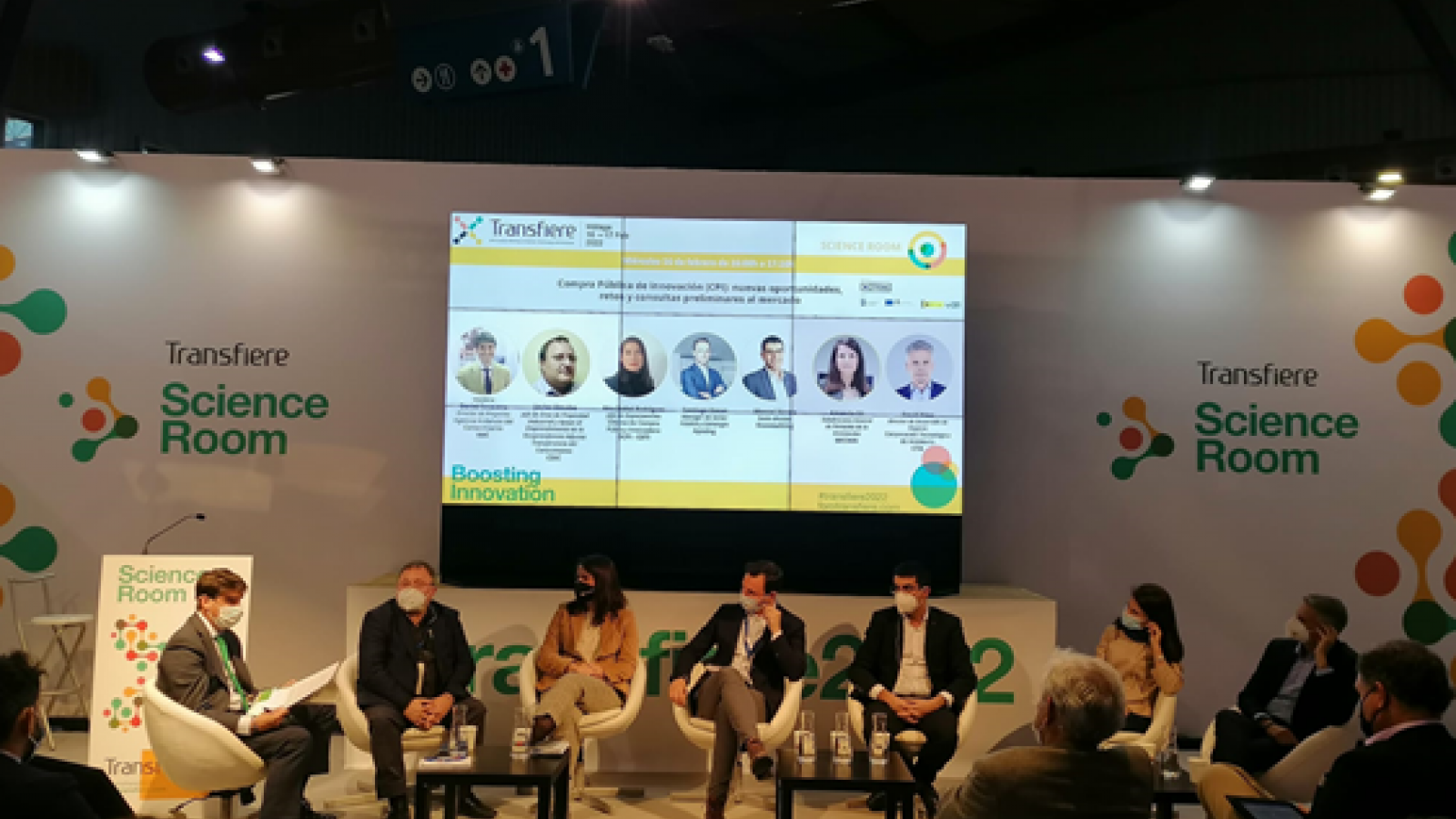 PPI4MED’s lead beneficiary, CSIC, took part in one of the biggest innovation fairs in Spain with a discussion about public procurement of innovation (PPI). They also used this opportunity to present their new technologies, prototypes and technology-based companies.

Foro Transfiere de Málaga, the Spanish reference event in technology transfer, celebrated its 11th edition on February 16th and 17th in Málaga (Spain). This edition was characterized by the return to the previous COVID-19 pandemic participant numbers. The event gathered innovation actors of all the research and innovation Spanish ecosystem that focused on increasing international cooperation. The actors reunited included national research centers, research groups, companies, public administrations and different actors of the science and innovation Spanish ecosystem.

PPI4MED, through CSIC, was represented in a multiplatform stand, in which CSIC’s technologies and capacities were shown as well as other innovative projects of CSIC´s technology transfer office (VATC). PPI4MED, CSIC’s public procurement of innovation project was presented and attracted the attention of researchers and administrations.

PPI4MED was part of the public procurement of innovation round table, which gathered representation of important organizations that are working towards the expanding the knowledge and use of this instrument in Spain. The round table discussed some of the actions that CDTI and the ministry are taking to support PPI as well as the opportunity that PPI represents as a public-private knowledge transfer instrument. This round table also discussed that PPI is still a great unknown instrument for public research centers so they should become the target of future communication actions.

Ana Castro, leader of the PPI4MED project also participated in a roundtable about open innovation between academia and private sector.

The balance of the participants both in the round tables and with the stand was very positive, as there was the opportunity to share experiences, and learn about success stories and different projects of interest.

PPI4MED was also very well received and aroused the interest of researchers, administrations and private companies.