RESMYLE: Naples ranks 10th out of 107 Italian provinces for the rate of inactive young people 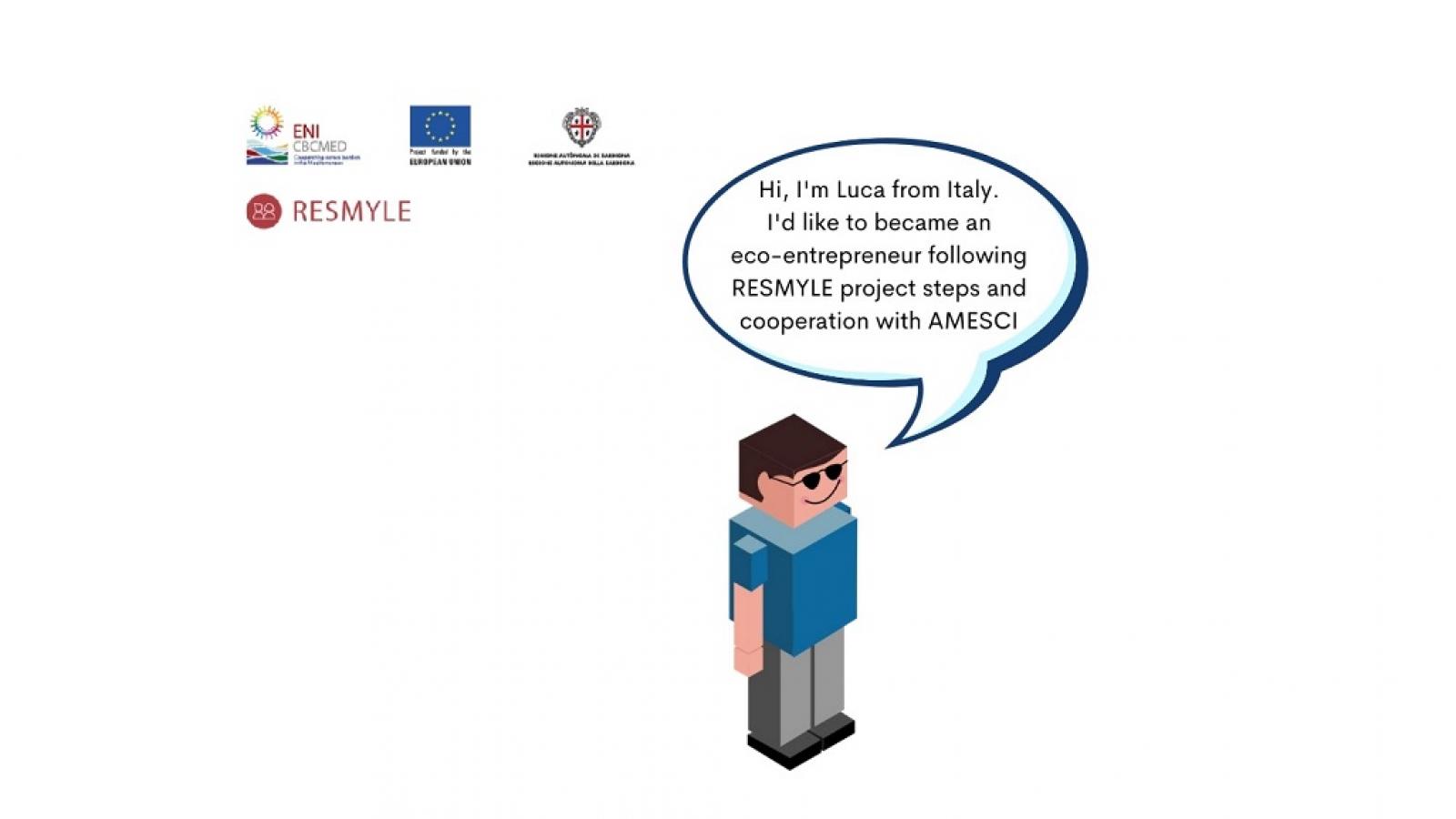 What does your organization do?
AMESCI is a youth social promotion association that since 1996 has as its founding mission the development of human capital through the empowerment of the younger generations. It realizes, throughout Italy and numerous foreign countries, training, planning and networking activities that help young people to develop knowledge, skills and competences, promoting a generation of citizens who know how to combine professionalism and social responsibility in their actions.
The primary areas of intervention are the Civic Service, training (formal, non-formal and informal), territorial mediation and networking between institutions and local communities, cultural promotion, integration policies, Civil Protection, the development of social entrepreneurship, international mobility and lifelong learning.
Among the most significant lines of action are the Civic Service projects which involved, from 2002 to 2019, more than 23.000 young people on over 3.600 implementation sites distributed in all regions of Italy and in 16 foreign countries. The association also participates in the experimental program of the Civil Peace Corps.
Internationally, numerous projects funded by the European Union have been conceived and managed, through programs such as Youth in Action, Erasmus +, Europe for Citizens, ENI CBC MED, European Solidarity Corps.

From 2008 to 2018, AMESCI received from the National Youth Agency the management of the “Intermediate Evaluation” and “On arrival Training Seminars” for young people of the European Voluntary Service projects in Italy, under Action 2 of the Youth in Action program and then Erasmus +.
In 2010 it launched the Citizens 2.0 campaign which aims to promote new forms of active citizenship of young people that develops activities and services created by young people for young people, in collaboration with local authorities and universities.
Finally, in 2015 the AMESCI International Movement was formed, a federation with European vocation involving 15 international youth organisations. The purpose of the network is to promote initiatives within three areas: SKILLS - CITIZENSHIP / PARTICIPATION - ENTREPRENEURSHIP.
The last big initiative we faced was the management of the training and selection activities of the 5000 volunteers for the international event "Universiade Napoli 2019".

What is the role within this project?
Based on the experience gained in about 30 years of educational mobility for young people and voluntary programs, our intervention for the RESMYLE project will focus on three main actions: the creation and implementation of a training for trainers aimed to transfer the foundations for the organization of local training workshops; coordination of 16 international training workshops and the coordination of 24 International eco-volunteering missions.

What do you think the strength of this project is?
Our project is based on a partnership largely already consolidated by previous cross-border cooperation initiatives. The working group is therefore already cohesive and expert in the field of intervention. We are organizations and bodies from 5 countries: Tunisia, Lebanon, Jordan, France and Italy. Our goals trace the path of a complex but well-structured work in every step. In this way, our network will be increasingly strengthened to encourage the job placement and social integration of young people in the Mediterranean area, with particular attention to NEETs (Not in Education, Employment or Training) and women.

What is the situation of NEETs in your country?
Italy is a land of sad records!
In 2019, in Italy, the incidence of young people aged 15-29 who are not employed and not in training drops by 1.2 points compared to 2018 and reaches 22.2%: this is 2 million young people. The share of NEETs is the highest among the countries of the Union, about 10 points higher than the EU average value (12.5%) and definitely far from the values of the other large European countries. In fact, in Europe we are the last for young workers and the first for NEETs, that is, discouraged young people who do not study and do not work.

NEETs are more prevalent among women (24.3% against 20.2% of men) regardless of the level of education possessed.

In Southern Italy, the incidence of NEETs is more than double (33.0%) compared to the North (14.5%) and much higher than that recorded in the Center (18.1%). The territorial gap in the incidence of the phenomenon (18.5 points between the South and the North) remains wide regardless of the level of education.

In addition, the citizenship of young new graduates with higher education is more easily developed than for those with less education.

Napoli ranks tenth out of 107 Italian provinces for the highest index of inactive young people, with an incidence of 37.6% on the city's youth population. 36.8% of NEETs actively seek a job, 31.1% are part of the potential labor force, while the remaining 32% do not seek employment and would not be available to work.
The latter, the inactive ones furthest from the labor market, are more frequently NEETs with a low level of education.

RESMYLE is a project which aims to rethink the employment and social integration of young Mediterranean people through sustainable development.
To find out more, visit the ENICBCMED page on RESMYLE project and follow us on Facebook and Twitter.