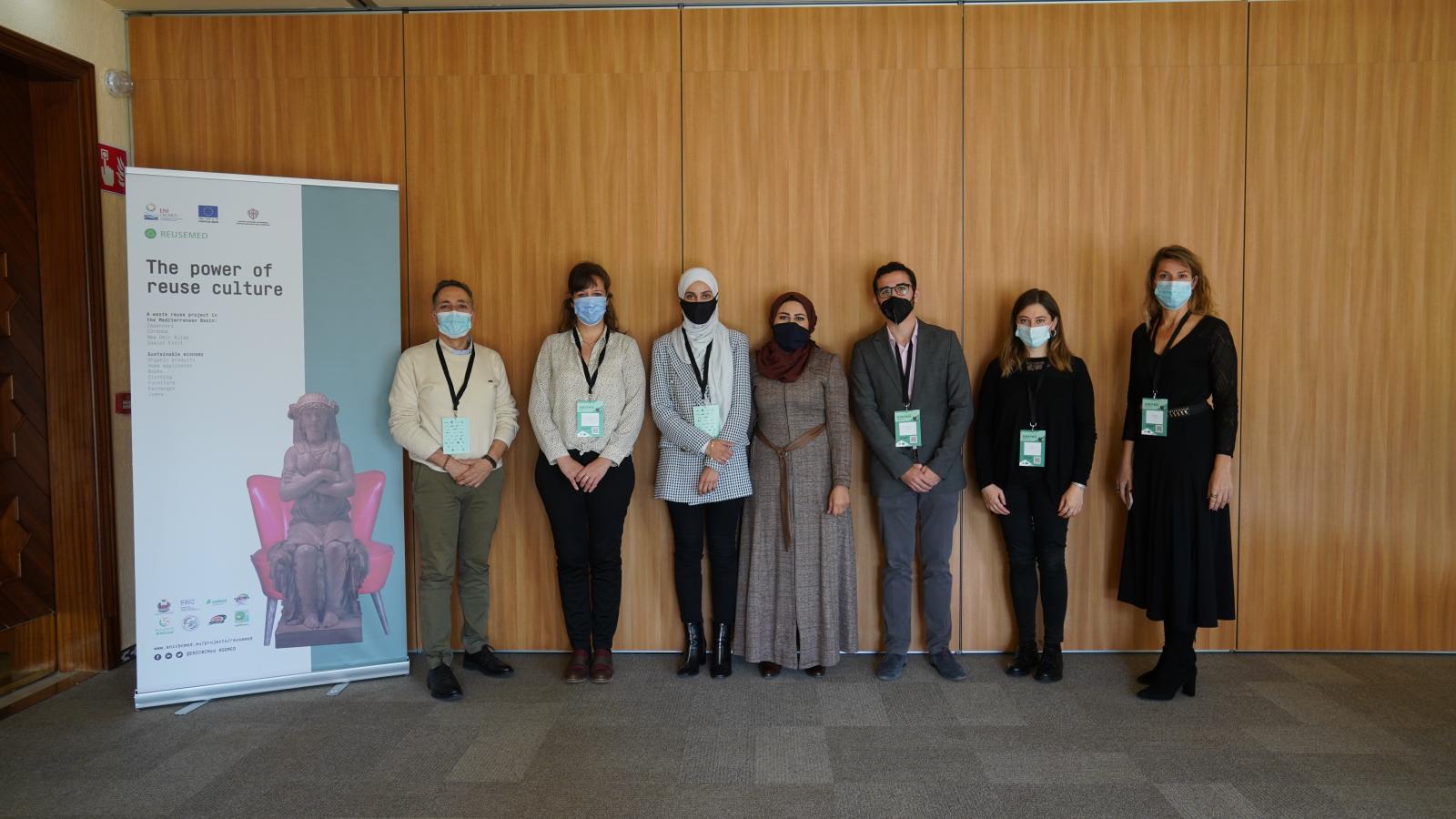 REUSEMED was presented at the XXVIII Technical Conference of ANEPMA, the National Association of Public Environmental Companies of Spain, held in Chiclana de la Frontera in Andalusia, on 23, 24 and 25 November 2021. The event was the first face-to-face meeting in which the partners of the project have been able to join since it began in July 2020.

The event was an opportunity for its associates to work and meet in person, presenting the work developed within the project, in one of the main events of the waste management and street cleaning sector held in Spain. In addition, for the first time since the REUSEMED project began, an organizational meeting (Steering Committee) was held in semi-presential. These meetings set the guidelines for the project and all the partners discuss the most important issues.

"For the first time since the start of this challenging project, the partners have had the opportunity to work face-to-face, side by side. This is a fact that is increasingly valuable in these times we live in. Holding these meetings in person is an important help for REUSEMED to continue advancing in its development, with all its partners rowing in the same direction. Face-to-face cooperation undoubtedly adds value", emphasized members of REUSEMED.

On the second day of the Technical Conference, the presentation of the REUSEMED project took place, where the attendees were informed about the project and its objectives, as well as the work carried out in the different partner cities (Capannori, Cordoba, New Deir Allaa and Sakiet Ezzit). The general presentation was made by Jesús Diz, coordinator of the International Projects Commission of ANEPMA, who highlighted the main objective of REUSEMED. "We seek the general promotion of the culture of reuse from the municipal level, an objective that is a great challenge and that, from what has been investigated so far in the countries that are part of the project, we are far from fulfilling. There is still a lot of work to be done in this regard", said Diz.

The national partners from each country also spoke at the presentation. Farah Dawoud spoke on behalf of Jordan, highlighting social and charitable organizations as the main drivers of reuse in her country. For Tunisia, the representative was Cyrine Ferchichi, who stressed the lack of understanding of the principles of reuse (although it is partly practiced in the country) and the absence of regulation to promote it in Tunisia. Giulia Ferrari, representing Italy, emphasized how well rooted most of the reuse practices are in Capannori and how important citizen participation is for their popularization.

Likewise, Juan Manuel García, technical secretary of ANEPMA, placed special emphasis on the need to continue working to integrate reuse in waste management strategies, as well as to develop a clear regulatory framework to promote the development of reuse. Finally, Rafael Pastor, current REUSEMED project coordinator, on behalf of SADECO, the lead beneficiary  of this project, highlighted the need to increase education and information so that there is greater awareness of reuse. He also pointed out the attractiveness detected among the population of Cordoba in second-hand online shopping systems and explained the short-term future of REUSEMED, with the development of circuits and infrastructures for reuse in the partner cities, as well as an app to put users and managers of these networks in contact with each other.

REUSEMED's participation in the XXVIII ANEPMA Technical Conference served to publicize the project in the waste management sector and the contributions it seeks to make for the benefit of the sector and all citizens. It was noted that there is still a long way to go in promoting reuse, but initiatives such as REUSEMED contribute to progress in this direction.