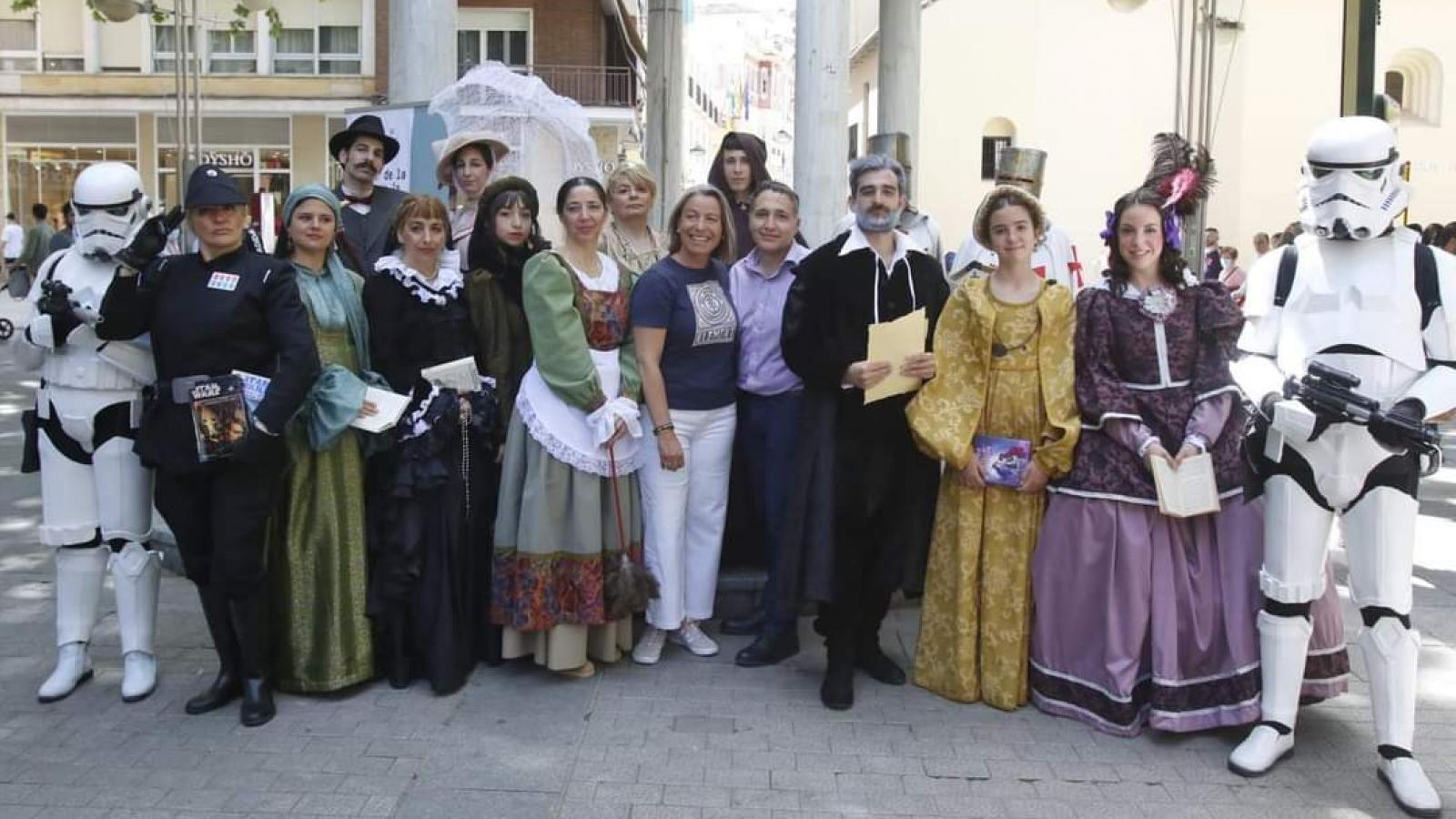 Last weekend, the residents of Córdoba (Spain) enjoyed ‘El libro vive’ (The book is alive), a cultural event organized in the context of the Cordoba Book Fair, which included a theatrical performance, artistic workshops and characterizations of heroes and heroines from novels with the aim of illustrating the value of books and encouraging their reuse.

The initiative, which was part of the activities programmed for the REUSEMED project and was promoted by the Lead Beneficiary, Sadeco, was divided into three parts:

- The first consisted of a performance of a fragment of Don Quixote, interpreted by the ‘Classical Theater Company of Córdoba'. In particular, the fragment chosen for its representation was a passage in which the protagonist argues with his housekeeper because she insists him to get rid of the books in his library. Faced with this request, Don Quixote defends the value of books with a famous expression: “Those who have a book have a treasure”

- The second initiative included in the program was a workshop for children, carried out by the ‘Dionisio Ortiz School of Art’, in which groups of kids worked to turn books into small works of art and thus illustrate the possibilities of reuse.

- The third activity was the characterization of Victorian novel characters with period costumes that were contributed by Estefanía B. Mejías, a renowned costume designer who this year has been nominated for the Lorca awards, granted by the Academy of Performing Arts of Andalusia. In addition to the period costumes of B. Mejías, other fictional characters’ costumes were also made and characterized, including a captain and two soldiers from Star Wars and two Templars, all of them with reused material.