Music and environment: a line that reaches the COMMON project 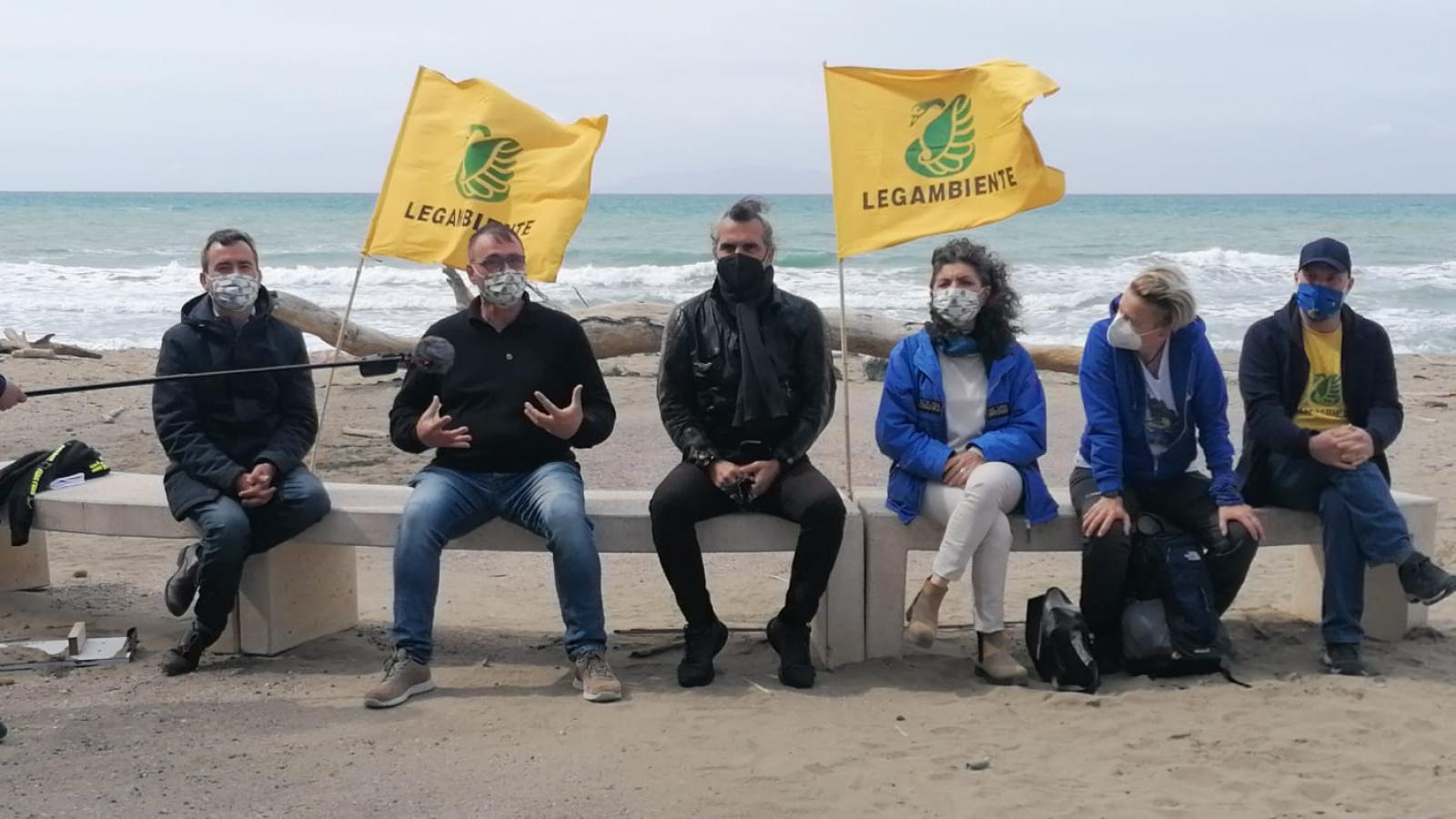 The Clean Beach Tour is back. This morning, on the beach of Marina di Alberese, in the Italian Maremma Park, the rocker Piero Pelù and Legambiente NGO, the coordinator of COMMON project, have undertaken to clean up a stretch of coast, demonstrating once again that the action of individuals is able to reverse the route and to reduce the impact on the ecosystem.

Organized in conjunction with the launch of Clean Up the Med, the international campaign coordinated by Legambiente NGO and promoted by COMMON project to reclaim beaches, natural sites and seabeds in the Mediterranean, the tour saw the participation of about a hundred people, including volunteers, associations and students, all strictly spaced and equipped with the necessary health devices to avoid contagion from Covid-19. Together with them also the national president of Legambiente, Stefano Ciafani, the general director of the association, Giorgio Zampetti, professor Maria Cristina Fossi from University of Siena, partner of COMMON project at the forefront of her scientific commitment in the protection of biodiversity and in the fight against plastic in the sea, and the agriculture manager of Legambiente, Angelo Gentili. A total of 40 bags of waste were collected, 90% of which is plastic.

Researchers and students from the University of Siena also conducted scientific monitoring of macro and micro litter on the beach. 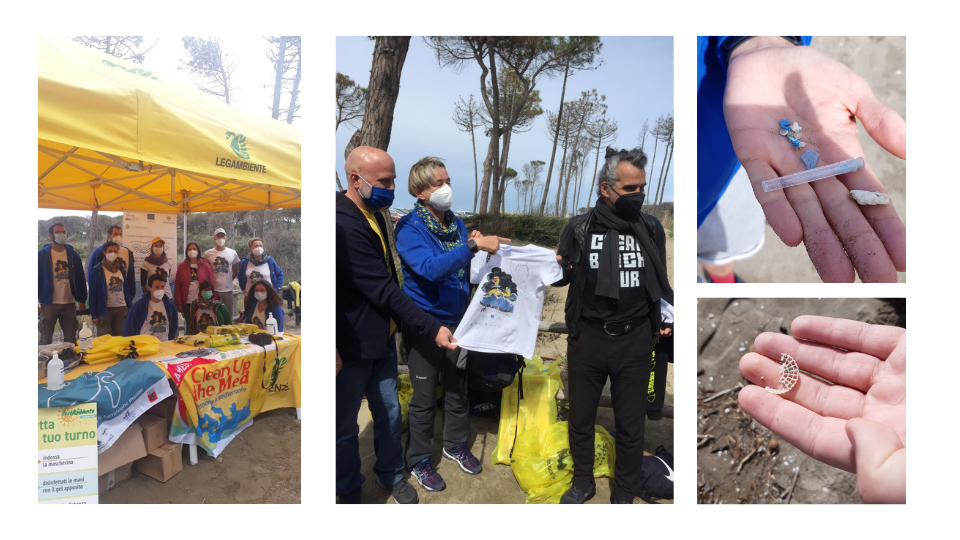 "With Piero Pelù we returned to the Italian coasts to turn the spotlight on an emergency that seems to have ended up in oblivion: the enormous amount of waste abandoned by rude citizens and not collected by careless administrations, which are deposited on our coasts and on our seabed - declared the president of Legambiente, Stefano Ciafani - On the beaches, we continue to find too much disposable products. Even during the Covid-19 emergency, we must try to reduce the use of single-use plastic, which is by no means synonymous with greater safety because the risk of contagion depends on compliance with the rules and not on the use of reusable products. It is essential to implement the European directive on disposable plastics by July following the winning model of the legislation on shopping bags, which in 10 years has reduced their use of 60%, providing for the obligation of materials to be composted. Actions such as the Clean Beach allow us to make clear this message and to involve entire generations in a mass mobilization in favour of the environment. Music and art in general - concluded Ciafani - have been our allies for more than thirty years. The time of the true ecological transition is now and it also passes from culture ”.

"I invite everyone to join the great national operation of  Legambiente campaign, which is combined with the Clean Beach Tour in which I participate and of which, once again, Legambiente is a great driver and promoter - declared Piero Pelù - The quantity of plastics released into the environment, and in the sea in particular, has exceeded the mass of fish that populate our waters. The time has therefore come to face what can no longer be considered an emergency, but a real pandemic, against which we must be ready to react: enough with the single use, we begin to have a much more continuous relationship even with the objects of our daily life ".

Partners: Legambiente Onlus (Lead Beneficiary) University of Siena, the National Institute of Sciences and Technologies of the Sea of Tunisia, the CIHEAMBari, the NGO Amwaj of the Environment, the University of Sousse and the Tyre Coast Nature Reserve