SIRCLES interview with Francesc Giró: “The soil is like a carbon sink that helps us to reduce the impact of greenhouse emissions” 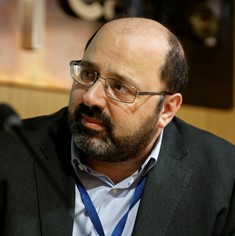 Francesc Giró i Fontanals is the Director of Strategic Planning at the Catalan Waste Agency (ARC for its initials in Catalan), lead beneficiary of SIRCLES project. He has been working in the Agency since 1992, when he left his job as a professor and researcher for the ESAB-UPC (Escola Superior d’Agricultura de Barcelona – Polytechnic University of Catalonia) to join the ARC run their separate collection and bio-waste composting. Since then, he has been working mainly in bio-waste management.

What do we understand when we talk about circular economy?

Circular economy is a concept which has arisen in the last decade. It consists of overcoming the linear economy, which is based on the extraction and transformation of resources into products that are consumed by people and being thrown at the end. Those resources – as products or waste - are just disposed in landfills, incinerators or in the nature. In a circular economy, our future needs are taken into consideration during the initial stage in which products are conceived and designed. If we can replace one material with less dangerous alternative or one that has lower impact on the environment we should do so. We also think about what we will have to do with the product once it gets to the waste stage. Instead of delivering it to a landfill or an incineration site, we could repair, recycle, reuse or remanufacture it. We can close the circle instead of throwing the product away.

How is the circular economy relevant today?

We are utilizing more resources than we did in the past, and so we must reduce: we have to find a more efficient way of using them. With the circular economy, we use resources more efficiently and generate more jobs. Therefore, the economic balance is more positive, and the environmental impact is lower. We are benefiting in every way.​

What were and will be the main changes in terms of waste management in the last and following decades?

The regional government of Catalonia created the Environmental Ministry in 1991 and passed the first law addressing waste two years later. Both steps were very important in our region. And over the last two years, we have been drafting a new law on the prevention and management of waste and the efficient use of resources. It will be very significant because it will cover a lot of the issues that we are facing today, waste and resources use management law will apply until at least 2050.

Which impact has the European Union had in these changes?

The last directives have left us facing many changes: the framework waste directive, the packaging directive, the landfill directive, and the new one to reduce environmental impact of single use plastic products. So, the EU has set many ambitious targets in order to improve the situation. All those European directives were inspired by the need for more efficient use of resources, reducing Europe’s dependence on resources from other countries, reduces waste disposal, fighting against climate change, protecting the soil and the biodiversity, and generating more jobs.

What other issues is the European Union concerned about?

There are some critical bio-waste and food waste issues. We know that European countries are wasting thousands of tones of food every year, and this is a massive problem for the environment: not only are we losing resources and money, but it has also a major impact on climate change and on the soil. This is an ethical problem because while people are dying for lack of food in some countries, in others, food is being thrown away. That is why the European Commission has set a target of reducing food wastage by 50% by 2030. So, the first goal is to reduce it. In addition to this, when we prepare meals, we create non-edible remains. If they are delivered to landfills, they have a significant impact (leachates, methane emissions, loss of resources, odors, etc.). However, if bio-waste is properly managed, through separate collection and biological treatment (composting or anaerobic digestion) we can produce high-quality compost (very useful for Mediterranean soils because their organic matter content is limited) or biogas (which can be used as a source of renewable energy). 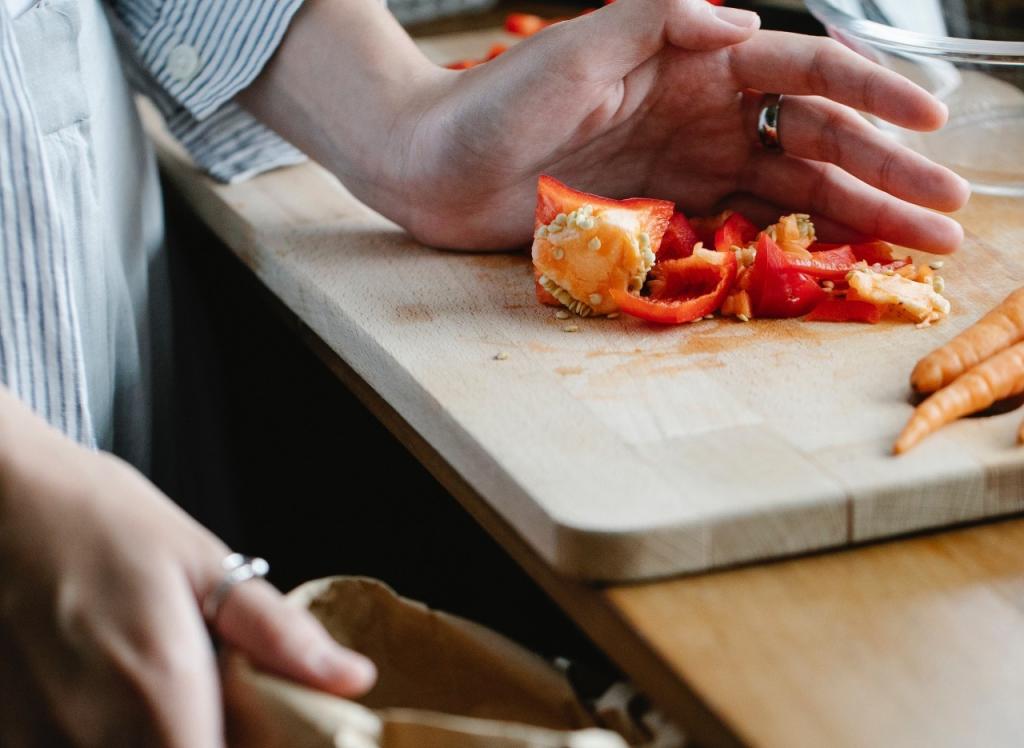 This is what we are doing with the SIRCLES project…

Yes, the idea is to merely stop this organic waste from being sent to landfill, but to benefit from it through its separate collection. All the organic remains that we produce when we prepare meals, all the food scraps or the non-edible parts – we can separate at source, collect them, and transform them thanks to biological processes in compost that we can return back to the soil, thereby contribute to the organic matter cycle and make soils more fertile, while considering the soil like a carbon sink which helps us reduce the impact of greenhouse emissions associated with food production and consumption.

Which are the differentiating characteristics of the SIRCLES project?

SIRCLES is an important project because it is being implemented in different Mediterranean and European countries: Lebanon, Italy, Greece, Tunisia, Palestine, Jordan and Spain– seven countries that, despite their differences, have a lot in common: we all consume a Mediterranean diet and generate similar food scraps (in quantity & characteristics) and we also generate a lot of bio-waste. In Catalonia, it accounts for around 40% of the weight of all municipal waste, and in other southern countries it can rise to 50-60%. That is a lot. If we manage bio-waste properly, we can produce large amounts of compost that we use for our soil. This is crucial, because in our countries, the soil has very little organic matter and is threatened by erosion and desertification.

How will it be done?

We need people who work in all these processes (awareness campaigns, separate collection and transport of bio-waste, composting processing, compost use in agriculture, etc.). So, if we train properly these people, they will be able to work in some of the various stages of biowaste management. In SIRCLES project, the idea is to hire unemployed young people who are not in Education, Employment or Training (NEETs) and women at risk of exclusion. It is important to reach all these social targets in addition to the environmental one.