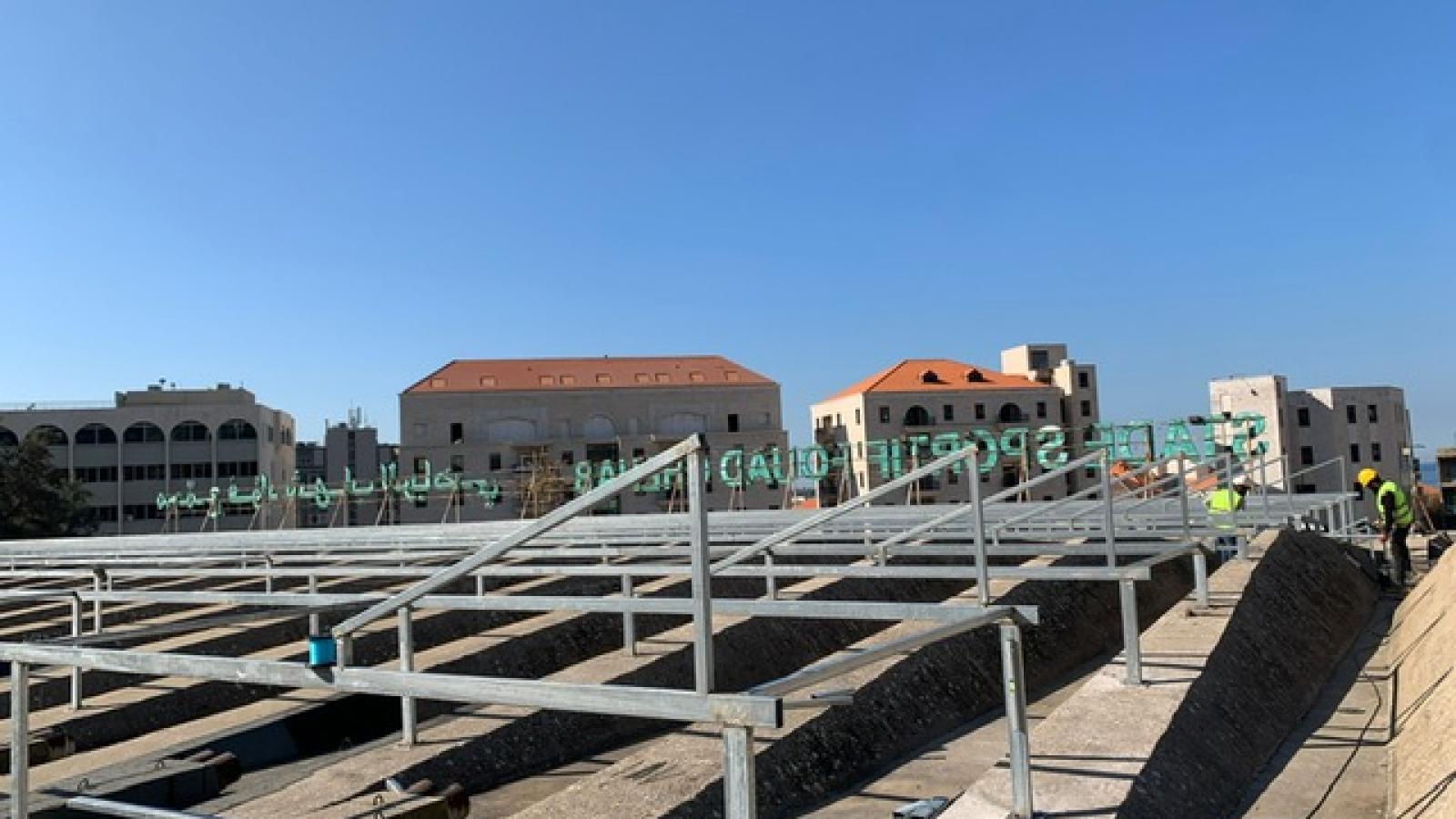 Thanks to project SOLE, the Municipality of Jounieh in Lebanon has started implementing its pilot intervention (205 kWp solar Photo Voltaic (PV) system) at the Fouad Chehab Stadium, a sport facility located in the heart of the city.

After launching a call for tender to design, supply and install the solar PV system on the rooftop of the stadium, the energy requalification works have begun by installing the structure that will sustain the panels, as you can see in the following pictures. 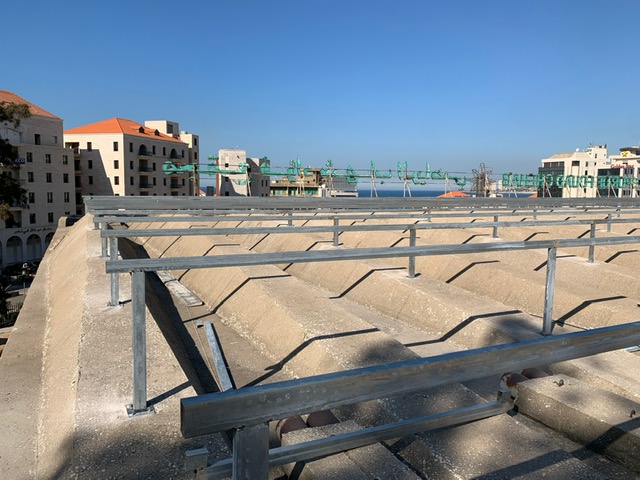 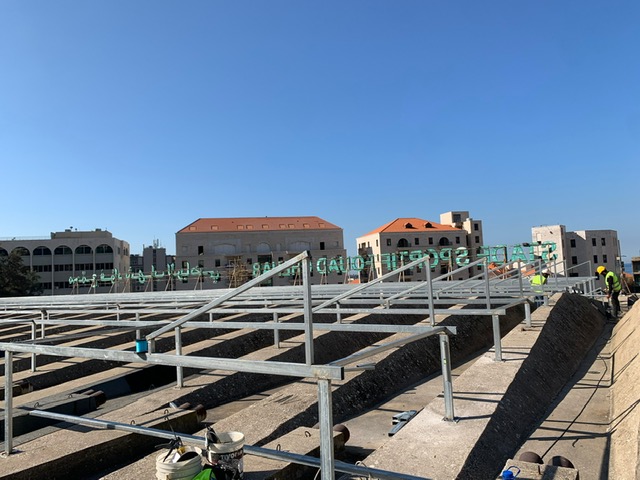 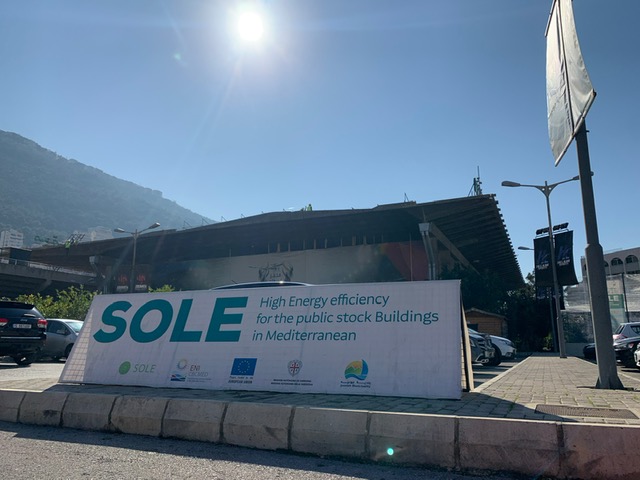 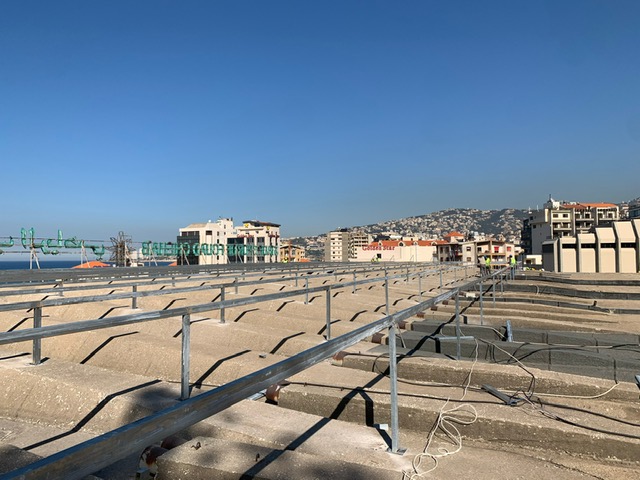 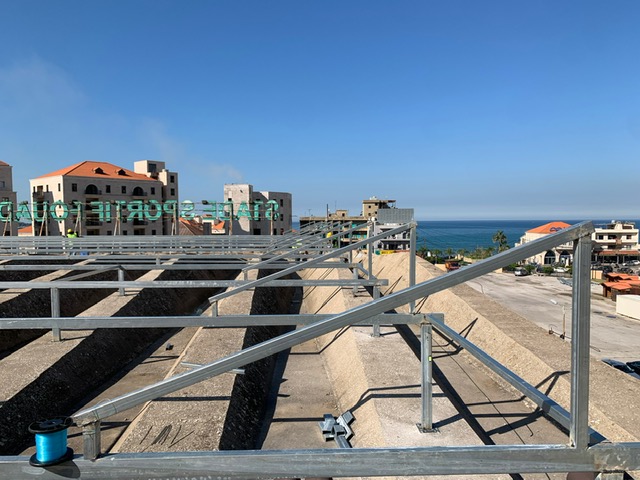 This is already a very important achievement in terms of project implementation, since Lebanon was severely hit by a 2-year economic crisis which resulted in the devaluation of the local currency and an inflation rate of 240% by January 2022, which particularly affected the building material sector.

In order to minimise the impact of the current situation on the Lebanese pilot, the partner preliminary focused on the renewable generation of energy needs for the Fouad Chehab Stadium.

Keep checking SOLE project's news section for further updates on the requalification interventions which will be carried out thanks to the project.