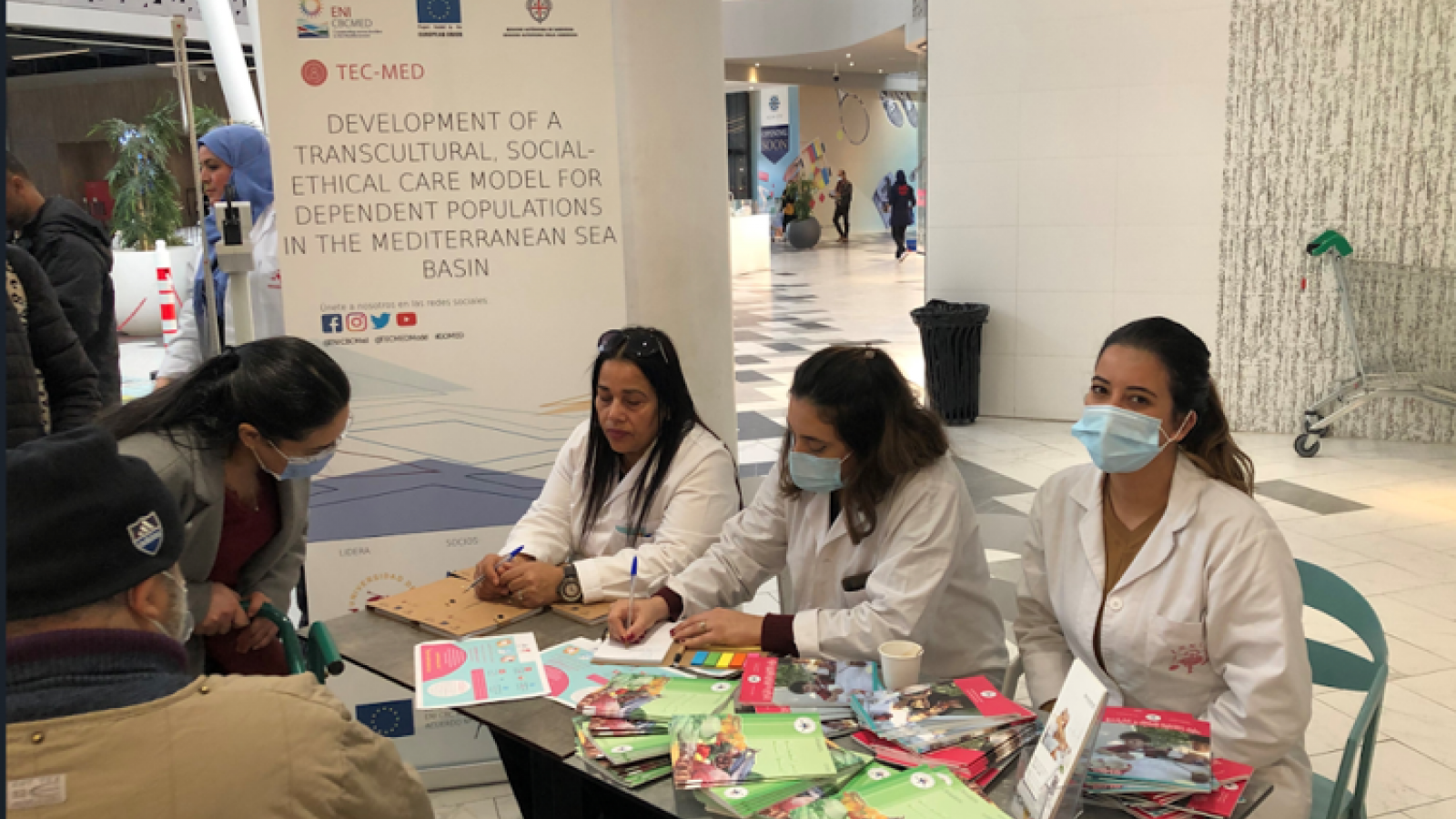 By the end of March, the team from Tunisia, also known as PP5, will organize the training for the eight technical agents based on the international training module. This online platform will go into details about the methodology that has to be followed in the local communities in both French and Arabic languages. Some of the requirements which have been included are “training agenda, training manual, attendance sheets and evaluation of the training itself”.

In numbers, the training agents in Tunisia will have to devote one hour of social intervention per person every three months, having to visit about eight people per day, six days per week (48 people/week) for four weeks per month. This means that they will reach approximately 192 patients per month and a total number of 784 citizens per year.

The intervention phase of the training agent will have two main components. The evaluation component will include projections using scales which are integrated into the platform. On the other hand, the intervention component will show up as “education, referral to services and contacts with the institutions, capacity building and advice in the early detection of issues”. Evidently, protocols have been put in place in the case of restrictions due to the COVID-19 situations.

The target population will be accessed by a hybrid contracting methodology composed by small-medium associations and by direct hiring mechanisms within the public administration and training agents. PP5 TEC-MED’s Tunisian team is working on the promotion of the project’s pilot phase which will reach 4,700 citizens. Mainly seniors and their families, but also health professionals and social services providers will be involved in the implementation phase.

As we already know, TEC-MED project “Development of a Transcultural social-ethical-care model for dependent populations in the Mediterranean basin and or at risk of social exclusion is an innovative, integrated and patient-centered care model”, which is implemented in six Mediterranean countries: Spain, Lebanon, Tunisia, Greece, Egypt, and Italy.