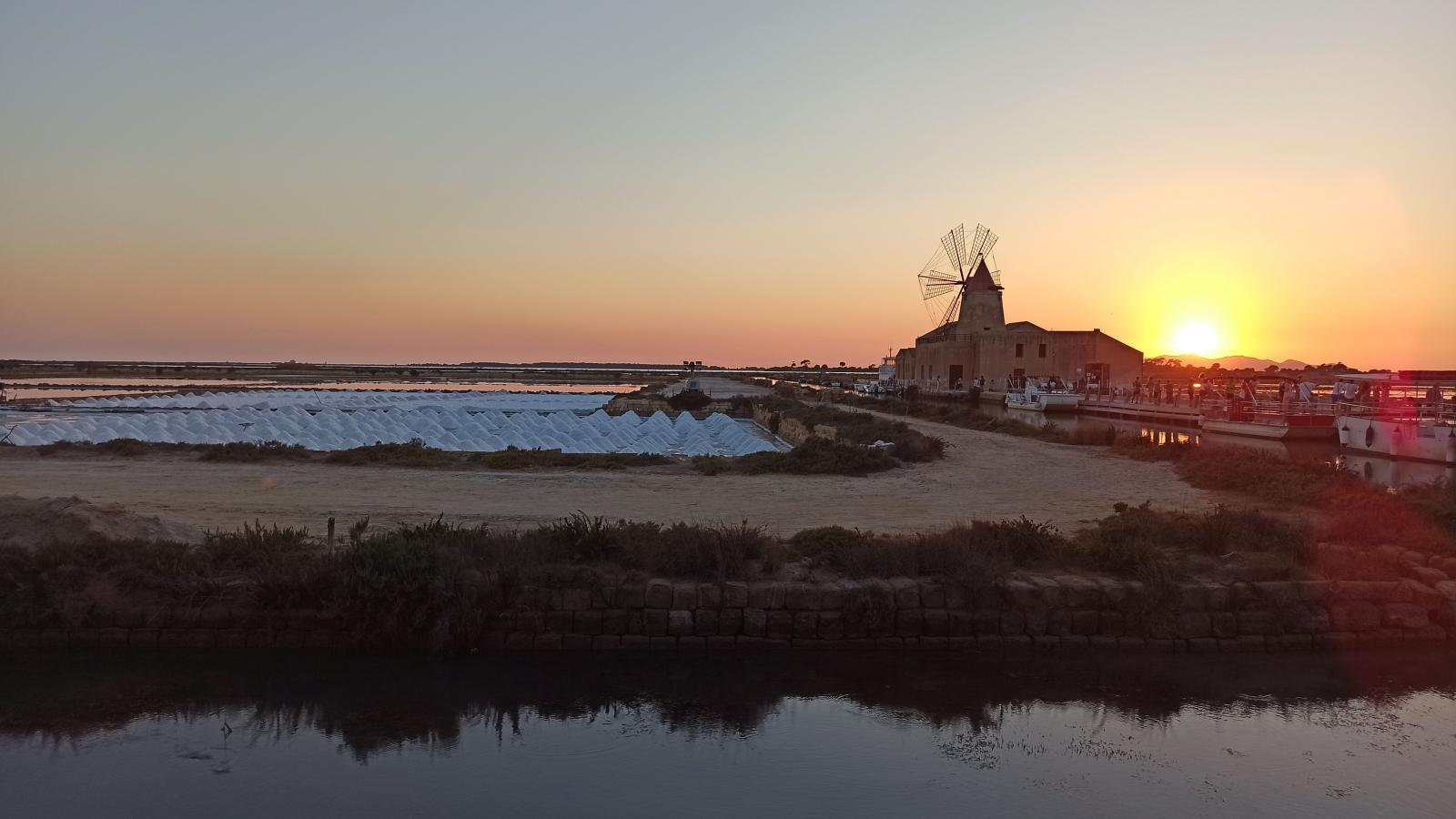 In the restoration operations realized in the Marsala salinas through the MedArtSal project, about another 5.000 blocks have been recovered and now are still in good condition. In this way the section of the embankment has been made more stable.

The first intervention, solving a problem of permeability which is harmful to the functioning of some tanks, will allow the salt pan to improve production by up to about 10%. Not only the famous "fleur de sel" will find optimal conditions for care and harvesting, but the same extraordinary environmental heritage that surrounds the "Ettore e Infersa" salt pans will benefit from the reconstituted barrier. This will be capable of protecting the tanks in contact with the sea, as well as and fish and avian fauna that populate them. Next winter, tests will also be carried out on the diversification of activities in terms of production, with the future goal of installing a sustainable aquaculture system.

The construction techniques are the same used at the birth of the ancient salt pan, and even the surface of the embankment has been made accessible following principles of sustainability. The material used for the operation comes from the same tanks, and is naturally treated after a drying period on the banks. The next goal is to create a circular route that will allow visitors to enjoy even the most remote corners of the salt pan, announced from afar by the splendid windmill. For this reason has been planned, in an action external to the MedArtSal project, the purchase of small electric cars. 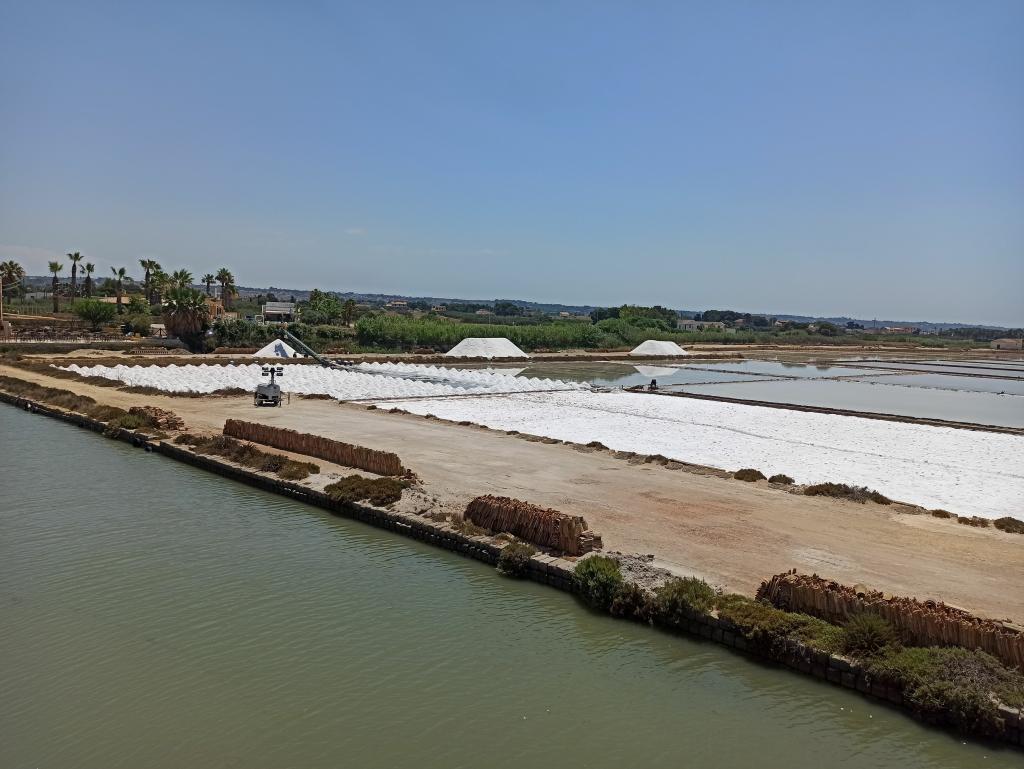 The quadrants of the tanks, the dozens of avian species that cross the clear sky, the typical vegetation of the wetlands and the dozens of piles of salt arranged in a checkerboard pattern will be appreciated in all their beauty. 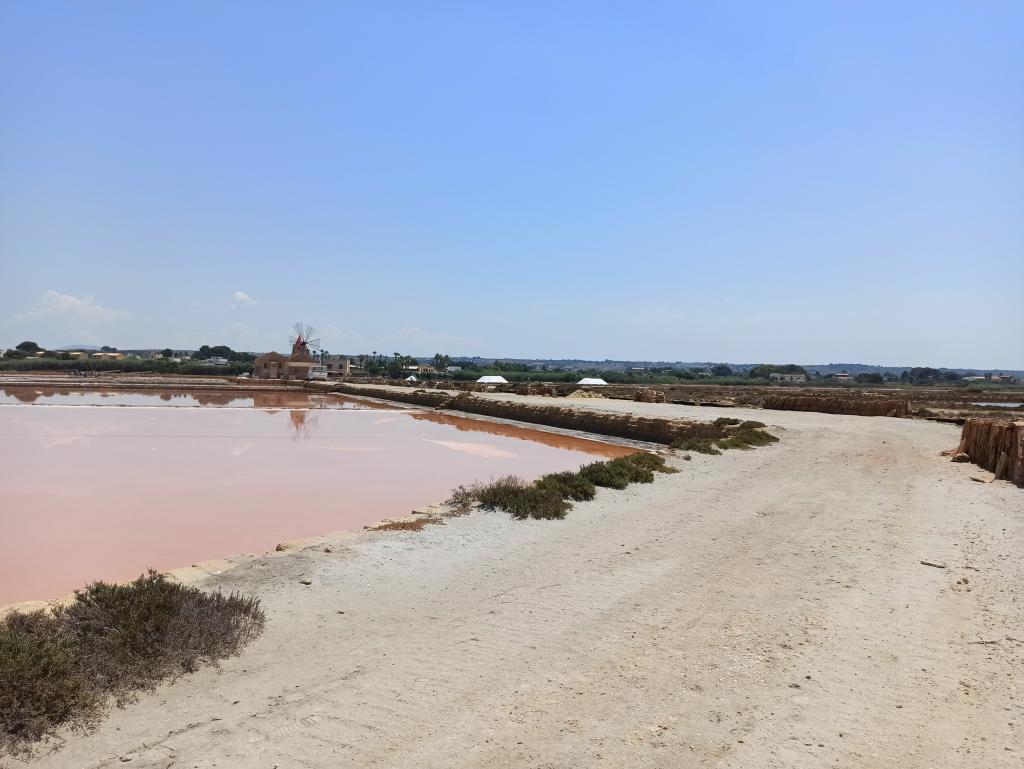 The results obtained with the grant coming from the MedArtSal project will be presented in September 2022 with a special event organized in the salt pan.