The international center for technology and innovation (CITET), a partner of the CLIMA project in Tunisia, had concluded a partnership agreement with a local association called TWASSOL which is very active in the Mahdia area. "Tawassol" means “continuity”, which is one of the objectives of this collaboration. To ensure a continuity of actions, mainly community awareness, beyond the CLIMA project predefined in time. These objectives have been translated into two main axes; the installation of individual composters and awareness on selective sorting and the fight against food waste.

Composters in schools... but not only

January 17th, 2022 date of launch of the activities, was an opportunity to meet with various stakeholders in the implementation of composters in schools and in order not to duplicate this experience throughout the governorate. The 17th and the following days were dedicated to the installation of composters in a high school and two schools of basic education, accompanied by discussions with young people on the technical aspects of composting but also on their roles as ambassadors of sorting and fighting against food waste. TAWASSOL association and CITET co-animated two playful workshops on the steps of the composting process, in the schools, with a strong involvement of the teachers. 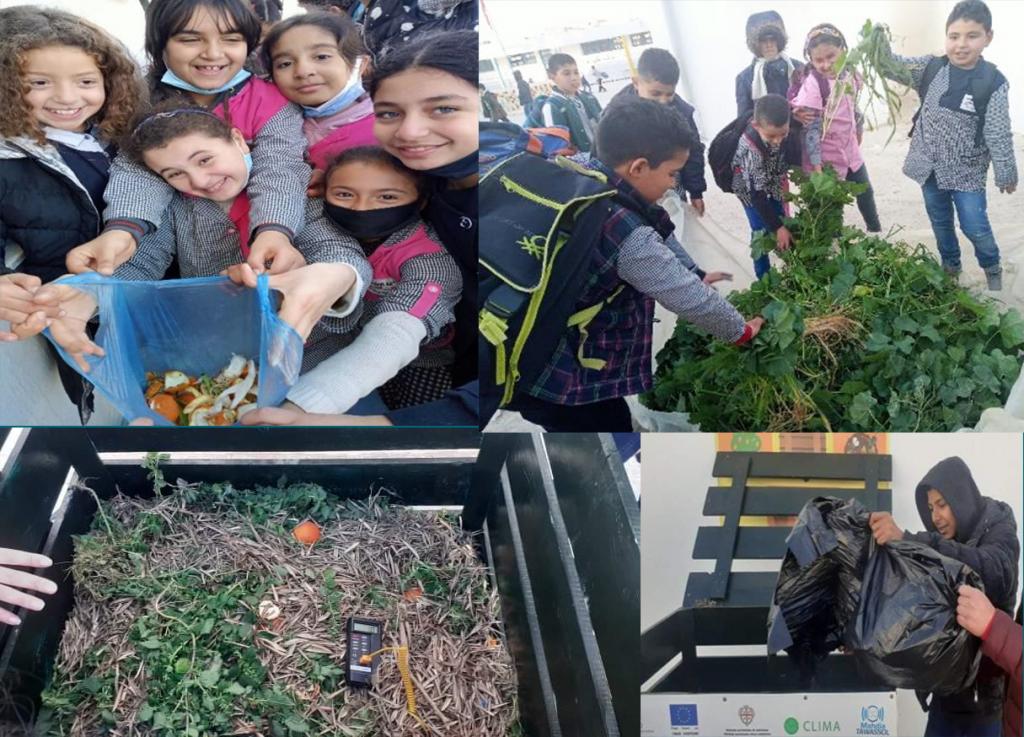 Following these meetings, a working group was created in each school made up of students and teachers. Their role is to monitor the composters anorganise internal awareness activities with the support of the TAWASSOL association.

Establishing a citizen culture based on sorting household waste and fighting against food waste is one of the main objectives of the CLIMA project, combined since the beginning of the project with awareness-raising actions with schools and universities in the form of workshops and open days led by CITET. 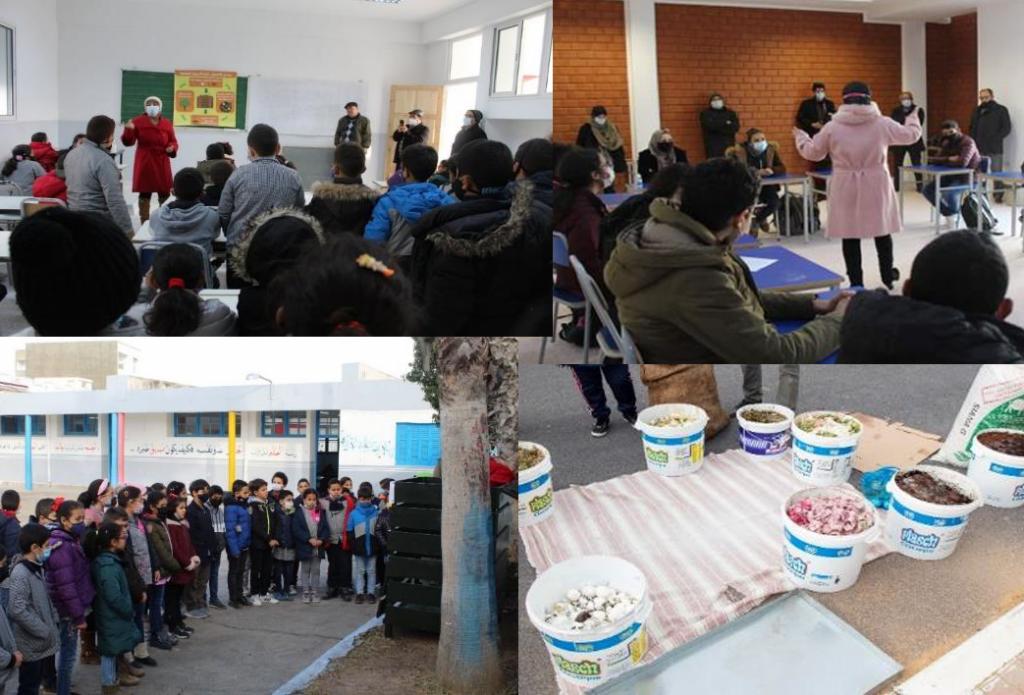 Another project partner, the Italian ngo COSPE (Cooperation for Emerging Coutries) has also participated in this effort of citizen education, through a digital and media campaign on food waste, with a consortium of associations and collectives, active in the field. Today, with the collaboration of CITET / TAWASSOL, the awareness campaign has become more local and specifically targets households.

The truck display was the idea of the TAWASSOL association to spread the message across to a larger number of residents in several neighbourhoods of the city. A video that runs on a loop and shows both the environmental and health dangers of not sorting waste at source and the process of selective sorting, allowed the association's team to start discussions with citizens. These open discussions allowed to understand the obstacles to a sorting at the source, since a large part of families separate their waste; the absence of means within the household like sorting garbage cans, or more profoundly the in-existence of a treatment of sorted waste at the level of the municipality which gives a feeling of nonsense to the people.

The CITET/TAWASSOL collaboration has established links with the national agency for waste management (ANGED) and have organised an open awareness day in the heart of the weekly souk of Mahdia, to talk to people and give them an idea about selective sorting and individual composting.

Food waste and loss is caused by several links in the chain. From the fields to the consumer's plate, food is lost and this has an environmental and economic impact. TAWASSOL, will work on its awareness campaign with two responsible for the waste; households and restaurants.

With its first target the association dedicated two sessions; the first one rather theoretical informative to talk about the impact of waste and give an idea on the techniques of food preservation. The second session was practical, where the guests participated in making recipes for the recovery and preservation of vegetables and fruits. On the professional side, the association worked with university restaurants, hotels and tourist restaurants, with theoretical and practical workshops to introduce anti-waste practices in their kitchens.